Marshmello, The Chainsmokers, and Diplo are set to close out the year and usher in the first day of 2022 at XS Nightclub.

Although Las Vegas might be lacking their extravagant pool parties during the colder months of late fall and winter, that doesn’t mean that things aren’t heating up and those looking to party have stopped making their way there. One of the prime destinations in Sin City that is keeping their dancefloors packed is XS Nightclub at Wynn Las Vegas – and they’re bringing some of the dance music scene’s top artists to their stage throughout the month of December.

This weekend, XS Nightclub is set to play host to RL Grime on December 17 and Gordo on December 18 before taking a very brief slumber ahead of their run of shows surrounding New Year’s Eve that kicks off on December 30 with Diplo taking over the decks. Then, the end of the year festivities will truly begin on December 31 when The Chainsmokers are set to play at the renowned club after the official countdown and balloon drop to guide everyone into the early hours of 2022 with their biggest hits and more. But don’t think that XS Nightclub would stop the party so soon as Marshmello will keep everyone dancing away on January 1 by dropping some of his chart-topping tracks as well.

Those who are planning to make their way to Las Vegas for New Year’s Eve festivities should also note that there are two different options for the shows featuring The Chainsmokers and Marshmello. Much as its name implies, the “Under The Stars” tickets will grant access to the outdoor space at XS while the “All Access” passes will allow anyone to party inside or outside of the venue itself. And if you’re on the hunt to make the celebration truly top-notch then VIP Tables are the best way to go.

Tickets and VIP reservations for all of the shows at XS Nightclub during the month of December are on sale now via their website.

Connect with Wynn Nightlife via their website for the latest updates and information! 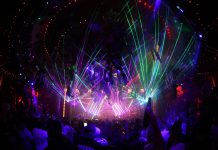 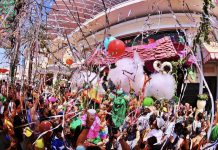 Art Of The Wild Announces Lineup for 2022 Edition in March