After hosting weekly episodes of Identity for nearly two decades, Sander van Doorn is transitioning it to a format focused on special events.

Since its launch 17 years ago, Sander van Doorn’s Identity Radio Show has been at the forefront of the dance music scene. Not only has it gifted the world with remarkable tunes from brilliant artists and rising stars alike, but it also gave fans a look inside the mind of the world-renowned producer as he spun his favorite tracks. Additionally, the show also featured special guest mixes from other artists like Will Atkinson and Pretty Pink, while letting van Doorn showcase his sets from festivals and Purple Haze alias.

Now, after celebrating the anniversary of the show back in May of this year, Sander van Doorn has announced that Identity will be transitioning to a new format at the end of the month. The show will pivot from its current, weekly run to one that will put a focus on events and special occasions, so have no fear because it won’t be disappearing completely. Nor will it mean that Sander van Doorn is going anywhere either, as this shift will allow the powerhouse producer to spend more time making original tunes and expand his label, Doorn Records.

Speaking of original tunes, Sander van Doorn has been busy on the release front this year. Not only did he drop “What You Want,” but also released his official remix of Above & Beyond and Armin van Buuren’s “Show Me Love” and collaborated with Armin on “Jonson’s Play” as well. And if those weren’t enough to tide over his fans, Purple Haze reemerged with two techno heaters in the form of “Faces” and “Recover” for the world to dance to as we all return to live shows.

Make sure to tune into the final episodes of Identity and re-live past shows by listening to them on SoundCloud, and follow Sander van Doorn for future updates!

Listen to episodes of Sander van Doorn’s Identity on SoundCloud: 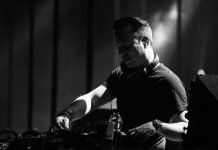 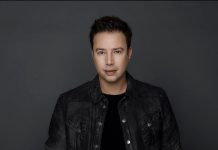