Want to keep the party rolling after the final beats finish at CRSSD Festival Fall this month? Check out their After Dark parties to get your fix!

Riding the wave of their fantastic offering of beach parties and the massive debut of DAY MVS XL earlier this summer, FNGRS CRSSD is moving full steam ahead in reigniting the scene in San Diego. Back in August, they unveiled the full lineup for the return of their beloved CRSSD Festival Fall and the hype for the upcoming edition is picking up by the day. Now, they’ve delivered a flurry of After Dark parties that will keep attendees dancing all night long as well.

The After Dark parties that have previously been paired with both the fall and spring editions of CRSSD Festival featured some of the top artists in the scene, and the ones they’ve curated for this edition are no different. Friday night will see Jon Hopkins and Anthony Naples get everyone in a groove ahead of the weekend at Spin, but that’s just a taste of what’s in store over the following two nights.

Saturday will see fans flock to nightclubs like Music Box to catch Blacklizt and Kareem Ali, while CamelPhat, Cassy, Dennis Ferrer, and Kittens will take over the decks at Rich’s. Carl Craig and Moodymann will be dominating speakers at Revel Revel while The Midnight is set to play at The Observatory, and for those wanting to dance into the wee hours of the morning, Paula Temple and Kobosil at Spin is a must-attend.

The vibes will continue on Sunday night as well with some major names in the scene closing down the weekend in style. This includes Hot Since 82, Todd Terry, and Mason Collective at Music Box, Sven Väth and Seth Troxler at Spin, and Kölsch and Township Rebellion at Oxford Social Club. And if you’re looking to get a heavy dose of Boys Noize, you’ll be heading to Rich’s to catch him with Jake Shears, HoneyLuv, and Manics that night.

Tickets for CRSSD After Dark parties will be available via their website, and you’ll only need to enter your code once to add all your tickets to the same cart. 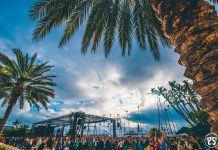 Find Your Favorite Tunes Ahead of CRSSD Festival Fall 2021 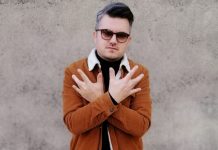