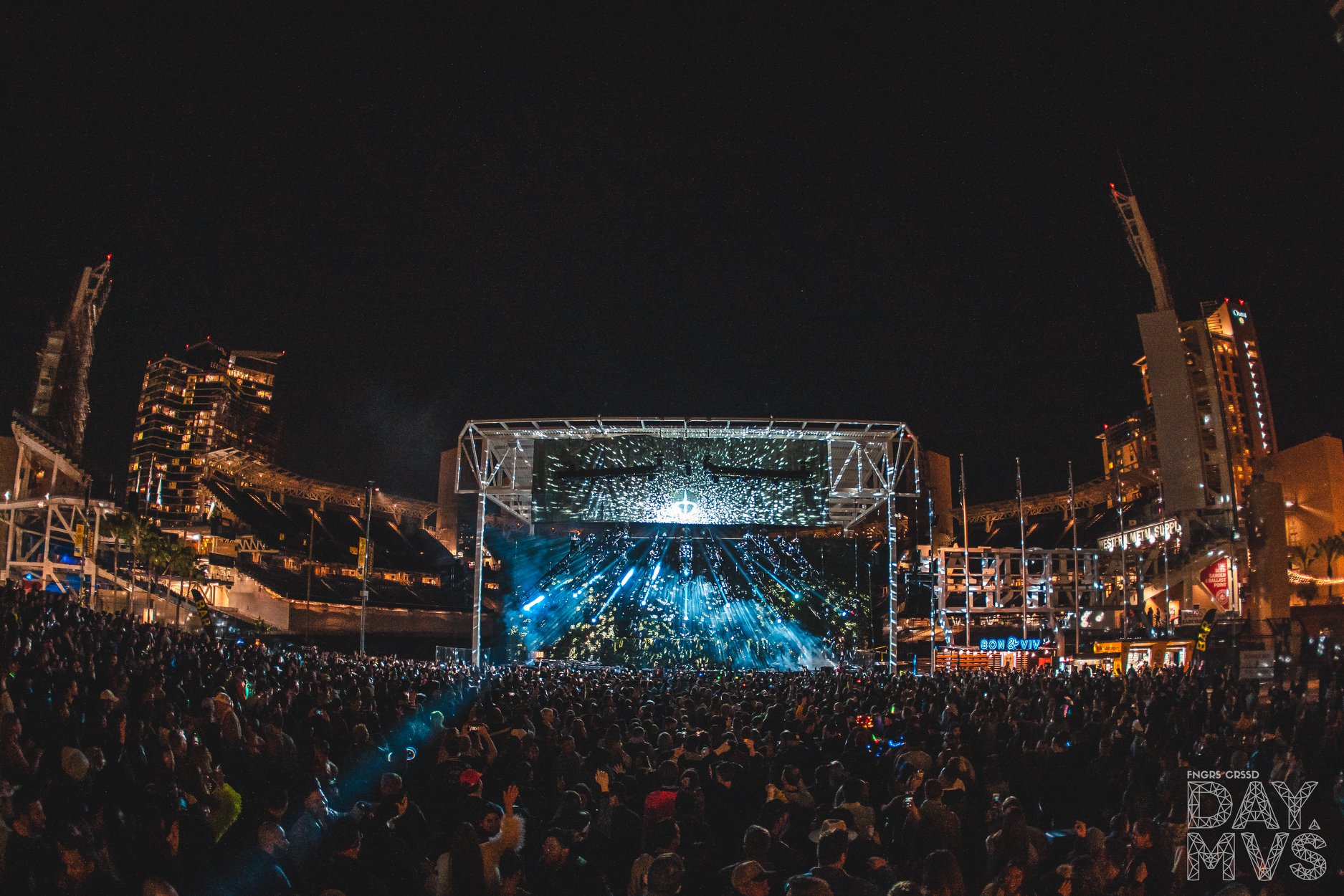 Are you ready to get spooky in San Diego on Halloween? FNGRS CRSSD just dropped the lineup for their upcoming show FRGHT MVS!

As the final days of summer appear ever closer on the horizon, the spookiest of seasons is quickly approaching as well. Pumpkin Spice Lattes are already being sold and even though the weather is hotter than ever in San Diego, FNGRS CRSSD is turning up the dial to deliver even more heat. The renowned party-throwers have re-emerged from their slumber during the pandemic in style by announcing a series of parties on the beach and hosting a successful debut of DAY MVS XL as well. Now, with just weeks to go for the upcoming edition of CRSSD Festival Fall, FNGRS CRSSD has dropped the details for FRGHT MVS as well.

Set to take place on Sunday, October 31 at The Park at Petco Park, FRGHT MVS is sure to be one hell of a haunted affair. True to form, FNGRS CRSSD has curated a lineup of some of the scene’s finest artists to take the stage. This includes headliners MK and Nora En Pure, who will be returning to America’s Finest City for another round after dropping sensational sets during the summer at DAY MVS XL. Joining them are two other house icons, Chris Lorenzo and Walker & Royce, to only further light up the dancefloor with some fantastic grooves.

The Latmun b2b WHEATS set is sure to be one not to miss out on, as well as the one from rising star Cloonee. Other artists who are set to play FRGHT MVS include Bleu Clair, Martin Ikin, Cut Snake, Kyle Walker, and EDX who will also be throwing down some solid tunes during the show.

Make sure to RSVP on Facebook to stay in the know for future updates, and get ready to grab tickets on Friday, September 17 at 11am PT via Showclix if you plan to attend!