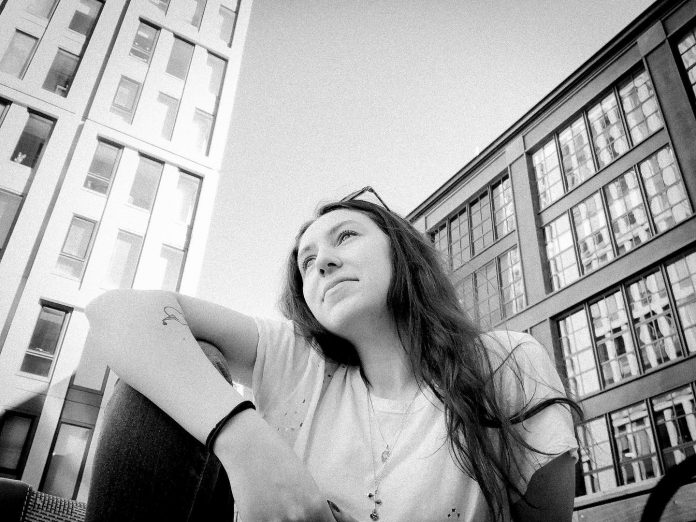 AUSTERIA has been gracing dancefloors and speakers with a plethora of heaters, and we were lucky enough to sit down for a chat with her.

There’s been an immense rise in the scene from up-and-coming artists over the last year – especially from a handful of talented women ready to make their mark. One of those women who’s been taking things by storm is none other than AUSTERIA, a Maryland-based producer with huge things to say with her sound. She’s always had a passion for dubstep so it was no question that was the music she was drawn to create.

Since breaking onto the scene AUSTERIA has honed in on her craft and as a result, has created forward-thinking dubstep bangers as well as solidifying a place for herself amongst other heavy hitters. As a result, she’s landed releases on labels like GRL GANG and Background Noise, as well as countless self-releases. Her recent tunes include “Meritage” and “Shakuhachi” with Zingara, two bangers that shine a light on her production style, and if those aren’t enough to pull you in, just wait till you get swept up in her other dark, brooding soundscapes.

It’s always a treat finding artists that truly stand out with their sounds and AUSTERIA effortlessly does just that with her personality and unique vibrations. With 2021 in full swing, we’re certain she’s set to take huge strides and reach the stars, especially with the creativity that she’s bringing to the table in everything that she does. Looking to dive a bit deeper into her sound, we caught up with this rising star to pick her brain and dive into the depths of her mind. On top of that, AUSTERIA also recorded one dark, heavy mix to feast your ears on as well, so give it a spin and read on for the conversation!

Hey AUSTERIA, thanks for taking the time to talk with us today, it’s super appreciated! You have an absolute knack for creating moving, bass-filled bangers. What is it about this genre that drew you to start creating it yourself?

I absolutely love dubstep. I started listening to dubstep in high school, so it’s always been with me. When I first decided to make music, it wasn’t even a question of what type of music I was going to teach myself how to make. You feel bass music, especially that low-end heavy dubstep, you feel it in your soul. It’s always been this release for me as a listener, so it was only natural that that’s what I gravitated toward as a producer.

You recently dropped “Meritage,” what was the decision behind self-releasing this tune as opposed to other releases you’ve had with labels like GRL GANG and Background Noise?

To be honest, I’m a very self-made, do-it-myself type person so I typically self-release all of my music by default. ‘Meritage’ is special to me, I wrote her in the beginning of the pandemic and I just didn’t want anyone else’s vision to impose on what I had in mind. I just wanted it to be authentically me! A message directly from me to listeners that you’re not alone.

What is your process like when it comes to creating music? Do you have any rituals or other things you like to do to help get into the creative zone mentally?

I wish! I typically have rushes of creativity and I’ll roll with it and bang out a few tracks while I can and then I’ll go back to them and finish them up later. I struggle with ADHD so it can be difficult to get myself into the writing zone but once I get myself to hyperfocus on writing music, the process usually starts with the “drop” or “main theme/idea” of the track and then I work from there.

Last December you released your collaboration with Zingara on GRL GANG. You two are both exceptionally talented producers and your styles seem to mesh seamlessly together, what was it like working together?

Working with Zingara is amazing. We are both from Maryland, so we were able to get together and work on the track together in the same room from start to finish. We immediately clicked musically and were able to write ‘Shakuhachi’ in two or three sessions. We vibe well together, I wouldn’t be surprised if we write more music.

The past year without shows was extremely difficult for many artists, some even decided to take a break from playing or producing altogether. While it wasn’t easy, do you think the pandemic helped with your creativity at all? If so, how?

In the beginning, yes. I was very motivated, was doing live-stream dj sets, taught myself how to make visuals for said live-streams, was making a beat a day for a bit there, and then about 8 months into the pandemic, the creative burnout came. It’s been very difficult to get myself to work on music; I’ve been stressed about social and political issues and was struggling with my anxiety. But now that we are on a path toward reopening, the spark has started to come back. The pandemic was traumatic for many of us, and I’m ready to get back out there, start having fun again, and begin the healing process!

If you could give one piece of advice to other women who are trying to make it in this industry, what would it be?

Just do it!! Don’t let the learning curve scare you; you are 100000% capable of learning how to produce and/or dj, it’s just a matter of putting in the time and effort.

Also, this goes for anyone wanting to make it in this industry: network. As someone who came into this industry without knowing anyone, I quickly learned that this is a very who-you-know industry (like many other industries out there) so, network. Notice I’m saying network, not clout-chase or social-climb. You don’t need to network with everyone, just people and companies that align with your values and goals. You’ll make great allies and friends alike!

This is a place of business, treat it as such and don’t let people take advantage of you. Know your worth.

Now it feels like there is a light at the end of the tunnel with shows and festivals getting dropped like hot potatoes. Where can we expect to see AUSTERIA this year? Are there any venues you’ve been dreaming of playing that you hope to spin at?

You’ll likely see me around the East Coast! My first show back in-person is up in Brooklyn with the DropBK in May and then I’ll be playing at Yonderville in June. I’m itching to flex the soundsystem at Black Box in Denver, CO, they’re my venue crush.

Other than making music, what are some other passions that you have? Did you pick up any new hobbies over the course of the pandemic?

Other than music, I honestly just like to either hang out with my friends and be surrounded by good company or recharge by myself and watch anime and read fiction books. Over the pandemic, Zingara influenced me and now I’m really into crystals and astrology. My ADHD brain is sporadic so it changes by season, but the constants are always good conversation with good people or chilling with myself.

Now to wrap things up, just for fun, if you could only eat one food for the rest of your life what would it be?

Pizza! There’s plenty of varieties to keep me entertained. [Laughs] 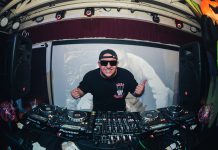 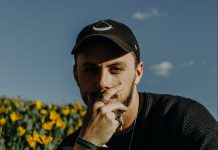