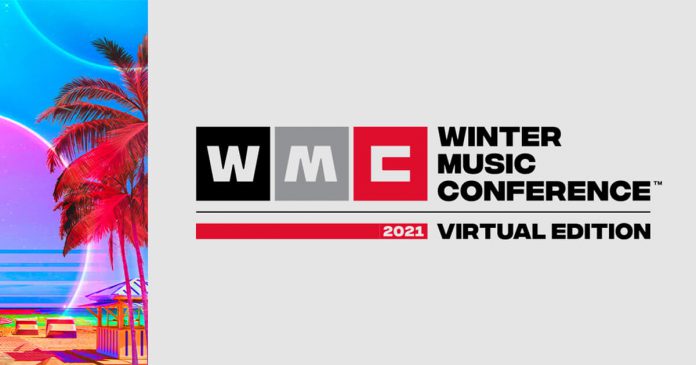 The pandemic canceled the 2020 Winter Music Conference, and 2021 was held virtually, so it’s no surprise that adaptation was a core theme.

From NFTs to VR/AR/XR, from interactive livestreams to spatial sound, the topics of the 2021 Winter Music Conference (WMC) were truly cutting edge. So many terms and topics were either completely or practically nonexistent when the last WMC was held in 2019. This WMC was also held virtually, and not in winter, to keep us all guessing. As the first music industry conference to begin looking at a post-pandemic world, a lot of the conversation was new and fresh (and sometimes confusing to outsiders) but so many long-standing topics remain unresolved as well.

Let’s get a few things out of the way – this was a WMC like no other. While the discussions were absolutely on point and in line with previous events, the format, and mood surrounding it were entirely uncertain. WMC chose the platform Hopin to host the event and the platform did an admirable job supporting the needs of a multi-track conference.

That said, some things just aren’t the same in a virtual world, for example, expo booths. Hopin did a great job creating an “expo floor” space for the vendors, but there was no serendipitous stroll through that room to experience the wonders that the booths may (or may not) present. Instead, attendees had to know, for example, that DJ Jazzy Jeff was performing a set on new Pioneer gear, then look for the Pioneer booth if they wanted to watch the set. Speaking of which, that set is embedded below, give it a watch, you will absolutely not be disappointed!

A few other points about the virtual event before we get into the discussions themselves.

No matter how good the platform is, virtual events are wrought with technical issues. One panel discussion was significantly shortened because I presenter could get their audio working for about 10 minutes and several had panelists disappear mid discussion. (Note: This is not an indictment on WMC or Hopin, just the nature of the virtual beast.) Next, one would think that the virtual format means that accessing content afterward would be relatively easy, but a big miss here was no follow-up from WMC and no clear place to find replays (despite the fact that many exist).

The opening keynote set the stage for the two common threads throughout the day: virtual events and distribution of revenue.

Katie Bain of Billboard began the conversation with Tim Westergren, an original founder of Pandora, and Westergren spent a lot of time on the topic of revenue distribution. He kept coming back to a key concept that fans on social media and streaming are “rented” and fleeting. Artists are being asked to succeed at software, technology, advertising, and social media – when none of these are part of their creative spirit. In his estimation, only the top few hundred artists are truly making a career this way, and they have teams managing their socials. And for all, the promise of digital distribution democratizing music has backfired, resulting in more of the revenue going into more pockets other than the creators themselves.

Perhaps more interesting is that Westergren has co-founded Sessions, a platform merging live events with online gaming interactivity, yet cautions against reliance on virtual events. In his view, virtual events are a means to an end, and perhaps a way to finally create channels between fans and creators where revenue can flow more directly.

Is the future of the music industry virtual? Is this our new normal?

Well, yes, and no. Yes, the role of technology in the industry has been forever accelerated by the pandemic. Yes, we will see more live streaming and other virtual interactions. No, technology will not replace live events. Not now and probably not ever. In a panel discussion about VR/AR/XR the clear theme was that “this is an awesome way to supplement live events, but adoption is slow, and it simply cannot replace the experience of being in a live crowd.”

There was also agreement that some things can never be replaced in a virtual experience. For example, the moment forever known as Hurricane Yotto wouldn’t be memorable as a virtual storm. And 18-Hours In Ibiza isn’t impressive when all the travel is comprised of clicking from one venue to the next.

With the consensus that virtual events will not replace live events, what’s next?

Everyone on the WMC panels, from Disco Donnie Presents to Dirtybird and others, expressed confidence in a future where innovation plays a significant role. Live events will likely have more interactivity, live streaming will continue, and “hybrid” events where live audiences and those at home can enjoy the performance together are likely to proliferate.

We should also expect a lot of experimentation as well with things like spatial sound and platforms like (or similar to) Clubhouse. And artists will spend more time community building in places like Discord, which took off along with Twitch during the pandemic.

One other common thread regarding live streaming is that Twitch was the clear leader of the platforms, but is unlikely to remain as such in the future. A representative from UTA summarized this by noting that artists were happy to earn a few bucks from live streaming, but that Amazon, the owner of Twitch, has made it clear that music isn’t a focal point for them. Without platform innovation focused on music, an up-and-comer will likely replace Twitch as the platform of choice for music livestreams.

So what happens in the future?

Of course, this is the biggest question on everyone’s mind. When asked if the money machine in the industry will be more thoughtful about artist revenue after most made no money in over a year, Disco Donnie didn’t mince words in saying “no.” I’m paraphrasing here, but he essentially said, “Everyone was all kumbaya during the pandemic, but now that events are coming back, and demand is sky-high, the gloves are off and everyone is looking to get a bigger cut. Neither the increased demand nor the cutthroat economics, are sustainable.”

Other panelists agreed with this, but there was nothing close to agreement on how it gets resolved. Some feel this is the perfect time for meaningful change while others suggested that nothing will change until it’s too late. Parallels were made to the decimation of record sales during the rise of digital distribution and how no one has learned their lesson. But only time will tell what the future brings for the music and live events industry moving forward. 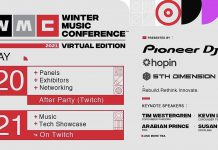 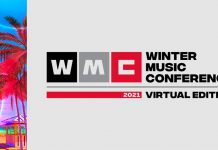 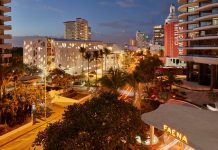 35th Edition of Winter Music Conference Cancelled Due to Coronavirus