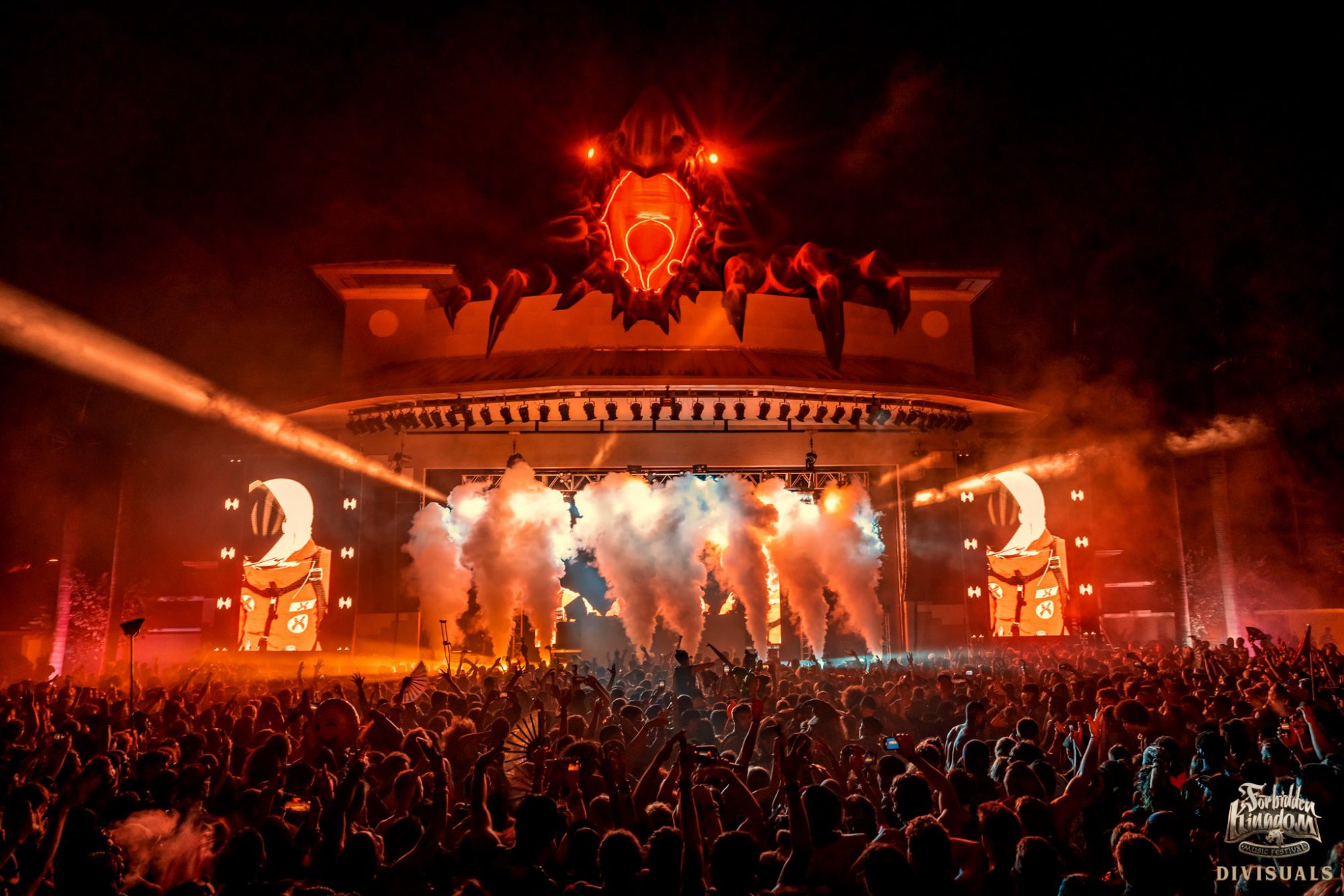 Last year, one of the few festivals that took place before the pandemic took hold of the world was Forbidden Kingdom. After a stunning debut, they double-downed on the notion of bringing some of the best artists in the bass music scene to Florida for a weekend of heavy wubs. And now, after partnering with Insomniac and moving from their winter dates to the summer, they’re carving out even more space in the scene with the initial artists for 2021.

Set to take place on June 11-12 at the Central Florida Fairgrounds in Orlando, Forbidden Kingdom is already heating things up as if it was already summer by dropping some massive names who will be taking the stage. This year’s edition of the festival will feature some of the scene’s most beloved artists like Excision, Liquid Stranger, Minnesota, NERO, BUKU, and Black Tiger Sex Machine, but it only gets better from there.

Solo sets from artists like Jantsen, Herobust, and ATLiens will surely be ones not to miss along with ones from Jinx, Level Up, and Jessica Audiffred. And if you were hoping for some b2b action then you’re in luck because Forbidden Kingdom will feature sets from Doctor P and FuntCase, Boogie T and Dirt Monkey, SLANDER and Subtronics, and Dion Timmer and Kompany, to name a few. Check out the full Phase 1 lineup below and stay tuned for more artists to be announced.

Two-day passes for Forbidden Kingdom are on sale now and moving fast with GA and GA+ at Tier 2 and VIP available. Head over to their website for more details and grab your passes via SeeTickets.