NERO’s Joseph Ray continues to stun with his solo work by releasing “300 Below” on Big Beat – the first single off his forthcoming EP.

While he might be known for the sounds he’s produced in the realms of drum and bass, dubstep, and synth-wave over the years with Dan and Alana as NERO, Joseph Ray has also developed his passion for house and techno during this time as well. Joining forces with other legends to form Pretty Pretty back in 2017, he pressed on with his solo work and landed the Room 1.5 / Chem-EX EP on Anjunadeep in 2019.

Last year saw Joseph Ray appear on Yotto’s Odd One Out with a remix of “Nova” and last month NERO resurfaced with some edits ahead of Welcome Reality‘s 10th Anniversary. Now, he’s continued down that solo path with his latest release, “300 Below.” Out now on Big Beat, this fresh tune from this legend in the scene solidifies the fact that he can flex with some seriously surreal sounds in the melodic house and techno sphere.

Words that come to mind immediately when listening to this fresh track include dark, ominous, and sinister, but what else would you really expect when you’re diving into the depths and reach “300 Below”? Joseph Ray takes his time on this slow burner of a tune but masterfully weaves synth lines and percussion to the track as he continues the descent to the underworld.

Paired with the release is a visualizer created by Strangeloop Studios to add extra immersion. Previously working with some of the scene’s most dynamic artists like Amon Tobin, Flying Lotus, and Skrillex, it’s a welcome addition to the moody tune. Additionally, this track is just a teaser of what’s to come on the upcoming EP from Joseph Ray, so make sure to keep your ears tuned and eyes peeled for updates.

Check out the visualizer for “300 Below” on YouTube, listen to the track on your preferred platform, and let us know what you think of the track in the comments! 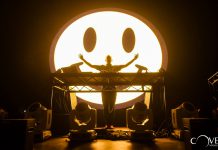 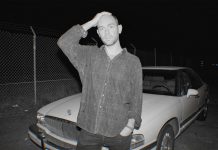 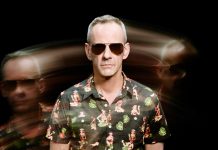