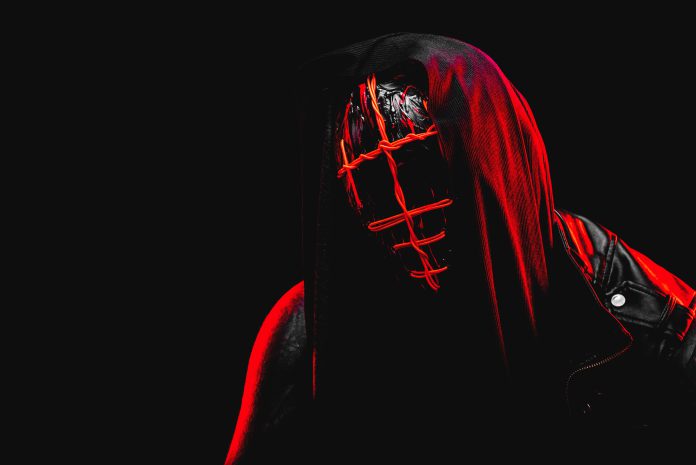 MORIS BLAK swung by to chat about his production process, his latest release with Nova Lotus, how 2020 affected him, and more.

Leaning on influences from heavy metal to concoct his industrial bass sound, MORIS BLAK is a name that should be on the minds of anyone who loves hard-hitting beats. Listening to his aggressive music is like dancing the night away at a warehouse party when you’re connecting to it on a deeper level. It’s a refreshing take and 2021 will hopefully be the year that even more people will be blessed to catch him live.

Even though 2020 was a year without shows and festivals, MORIS BLAK went to work in the studio and put out some incredible music like “Dead Line,” “Mandy (I’m Your God Now),” “The Unreality” and “Complicate (feat Grabyourface).” The dark undertones and basslines in these times are sure to send chills up the spines of whomever ears they happen to touch. But wait, there is more, on top of these singles he also remixed his track with Aura Sheds, “Dead Senator,” and Backxwash’s “Bad Juju.”

Fast forward to the new year, and MORIS BLAK has kicked things off with a brand new release “YOUTHWAVE” on Nova Lotus’ Nova Vita II. He also has new and exciting things planned from collaborations to his second full-length album and is ready to push boundaries with his music even more. So listen to his guest mix and read on for the interview to dive even deeper into the mind of MORIS BLAK.

Hi MORIS BLAK, thanks for chatting with us today. Let’s kick things off by digging a bit into your history. Who were some of your earliest influences musically? Was there a moment you realized you wanted to dive into becoming a DJ and producer?

I started writing music in high school, which is now over a decade behind me. My earliest influences were metal and industrial. Nine Inch Nails, Wumpscut, Dimmu Borgir, and Celldweller were my first explorations outside of mainstream music. Eventually, I found my way to EDM, my gateway drugs being artists like deadmau5 and Infected Mushroom.

I had always dabbled in electronic music, but facing my inevitable quarter-life crisis, I decided I was going to put everything into music or move away from it completely. I buried the music from my past and began MOЯIS BLAK, finding my own voice and an audience that was hungry for darker electronics.

What really drew you to create industrial bass? How would you explain the genre to someone who is unfamiliar with it?

Industrial bass was the fusion of my biggest musical interests: the aggressive grooves of modern dance music and the cold unforgiving force of industrial. My music is meant for warehouse raves that cap the night off with a seance to resurrect ancient cosmic gods. Industrial bass is the last thing you hear before the biomechanical wicker man you’ve been imprisoned in goes up in flames.

Last year saw you release tracks like “The Unreality” with Limbo Slice and “Complicate” with Grabyourface. Now you’re kicking off 2021 with “Youthwave” that’s dropped on Nova Vita II. When you’re in the studio working on tunes, can you share what your production flow is like?

I try to spend my studio time evenly between composing tracks and freely sound designing. I come into the studio with the intent to create a feeling or atmosphere. Recently I’ve been feeling very inspired by the films of David Cronenberg and the fiction of Harlan Ellison. When I start a project file, I try not to constrict myself to thinking of the file as a song and allow myself to just create sounds. Projects usually resemble more a free form noise collage before being sculpted into a track for release. Not all of these sound design explorations are successes, but these exercises only strengthen my abilities as a producer.

You also are taking the virtual stage during Nova Vita Live to help celebrate the release. What’s it like preparing a set for a crowd you can’t really see? Does your preparation differ at all?

I have treated every performance during the pandemic as a preparation for the world’s reopening. My live performance has always been the foundation of the MORIS BLAK experience. I’ve been taking this time to design and edit new visuals to compliment my set. The pandemic has allowed me to be able to see people’s reactions in real-time, learning what works and what doesn’t.

I miss feeling the energy of an amorphous crowd dancing trance-like in front of a stage, but performing virtually always serves as a reminder of just how important live music is to our fans. I will admit, I still get just as nervous before a virtual show as a real show.

The scene has been hit really hard during the pandemic and it looks like it will take quite a bit of time for everyone to recover. What was your experience like over the past year? How did you find the motivation to press on creatively?

The reality of the pandemic hit me very hard in the beginning. Beyond the obvious dread associated with the looming biological terror, 2020 was scheduled to be a big year for me. This would have been my first year playing festivals (some of which I’ve been dying to attend for years) and touring North America.

I spent most of this past year sharpening my audio toolset while occasionally falling into the valleys of despair, lamenting the fate of the entertainment industry as a whole. What helped lift me up through those times were the new friendships I made within the music community. I got much closer with a lot of producers and bands through our shared grief and determination. The big upside for me in 2020 was truly feeling like I found my global community. Never be afraid to reach out when you need it.

Aside from the pandemic, what has been the biggest hurdle that you’ve faced so far as an artist? Have you been able to overcome it?

The uncertainty in my own skillset and ambition has always been a huge hurdle for me. It’s the reason it took me so long to find my sound and become serious about being a musician. In moments where I was debating my life choices, it’s hard not to think of young prodigies like Skrillex or Porter Robinson who were releasing landmark works by the time they’re 20.

I’ve learned to remind myself that everyone is on their own journey, and used that anxious energy to learn and create. One of my previously mentioned early influences, Celldweller, was a little older than me when he released his landmark eponymous album. We will get where we need to be when it’s right. I am incredibly grateful for the many people who have found resonance with the music I create, and my best work is yet to come.

For those who haven’t had the chance to experience the scene in Boston, what makes the local dance music community special compared to other places you’ve gone to?

Fairly early into my identity as MORIS BLAK, I knew that living in Connecticut suburbia was too small and secluded for my ambitions. I was traveling between NYC and Boston to promote myself as a musician and discovered the monthly event Corrosion in Boston. I checked out the night after the resident DJs Brian L and DJared (formerly Devil’s Advocate) were spinning my work.

Not only did I discover a night of the hardest and most inventive new industrial on the market, but I also found the community to be incredibly progressive and welcoming. There was no elitism or gatekeeping in the scene, they were just a group of hardworking music nerds who were more than happy to bring newbies into their underground.

When it’s safe for us to visit you for a weekend, where are your three favorite spots you’d take us to eat, and what should we order?

I’m still very new to Boston and was still getting my feet wet in the culture of the city before the pandemic hit, but when the world opens up, you’d be doing yourself a grave disservice to not party with us at Corrosion on the first Saturday of the month. Pregame with us at Bonchon down the street and get a heaping plate of deep-fried soy garlic chicken to prepare yourself for a night of dancing and meeting new friends.

Finally, since we’re at the beginning of the new year, what are some goals you hope to achieve in 2021?

I have already begun work on some dream collaborations, and this year I plan to release my second full-length album. It will be a concept album and my most ambitious project to date. I’m looking forward to telling a new story and pushing the boundaries of the sonic world I’ve been building. 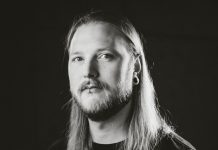 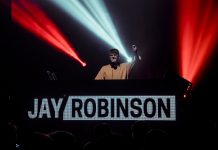 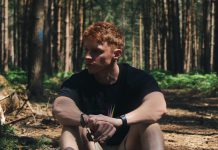 OCULA Reflects on 2020 and Brings Us a Moving Mix