Trance Wax delivers 14 blissful escapes that explore the depths of trance and the Golden Era of Europe’s scene on his debut album!

It was only a year ago that Belfast’s Garry McCartney popped into the broader trance market as Trance Wax as his unique restyling of Above & Beyond’s “Satellite” and “Clear Blue Water” pulled him deep into the hands of the Anjunabeats family. Earlier this year, we shared the news of his debut album under the alias, and now as we wane to the end of the year, the time for its release is here. No more reworks, this techno producer known as Ejeca is now ready to take the trance family to a newly reborn era.

Before we dive through each track, enjoy this brief on the album’s inspiration: Garry started the trance journey in 2015 with bootleg remixes, pressed to vinyl, of classic trance songs from the like of Three Drives, BT, Paul van Dyk, Kay Cee, Delerium, Yves Deruyter and more. There was not an attempt to market these on a large scale – rather, this was the project born of passion for the years Garry fell into the electronic music scene.

Born from the success of his bootlegs and the two remixes for Above & Beyond, Garry inked a deal for an album fueled by the breakbeat driven sounds of his trance. Now, he delivers on this 14 track affair of original works to take us to the holidays of 2020 and move us into the groove of next year!

Purchase or Download Trance Wax on your favorite platform, and read on for a deep dive into each track that has graced his debut album!

Compiling with nostalgia induced from his earlier works, the album opens with a track that features breakbeats and one heck of a throwback synth. The opening reminds me of Orbital’s “Halcyon On and On” and early Juno Reactor songs – things that were part of the sounds of films like The Matrix or Mortal Kombat during the turn of the millennium. However, there is a cheeky little broken arpeggio that just warms the progressive mood in the track and calls back trance when you just sat around and listened.

Breaking out the vocal line, “Lifeline” pulls on the builds that Above & Beyond made famous on Tri-State. Those fills give way to a piano-line from the 1990’s house scene, a broken beat drum pattern straight off the UK Garage scene, and plays to the mood of a warehouse rave deep into the night. This is what Space Ibiza sounded like at the height of the season on a night full of all styles.

Tribal drums and flutes lure the listener into the deeper state of being as the beginning moments of “Manaya.” Once the beat kicks in the vibes of the ’90s club scene return – hopeful uplifting leads play with the vocal chant in the track, while the drum samples feel just like it came out of Roland’s TR-808 drum machine. MP3.com called and wants artists like 303 Infinity to create that juicy Eurotrance again.

Giving way to Eurotrance, “El Nido” offers a percussive synth line to catch the ears and dancing feet of fans. Elements that percolate throughout include Afro-inspired chants, a whistling lead melody, and a muted kick drum and bass line that only appear in segments. Polyphony and echo play with expectations, but the track offers more of a breaking point than infectious nostalgia or a desire to dance compared to what came before.

Airy drum machines and retro-flair warm synthesizer pads tug listeners into a sense of emptiness that fits the title of the track so well. The vocals provide an island of solitude – but this beach fills the empty space with expanding empty space. Emotive work, but not something that will find much play in clubs or festivals. This one is for listening at home, driving in the rain, or stuck watching the stars in the night with only a warm beverage for company.

“Rayna” begins with a rising melody on loop and drops into broken beats that provide all sorts of movement. Those beats recall the rising wave of drums and computers in the 1997 to 2004 era of music production. Re-triggered patterns stutter the beats just as BT did in his early years, and moments in the track also recall The Matrix or Mr. Hahn’s efforts on early Linkin Park records like Hybrid Theory or Meteora. The whining of drawn-out female vocals drives tension as the broken beats play out. Then, suddenly, the rising melody is the final element left before the page turns again.

The sunsets of the beaches of Ibiza beckon heavily on “Eve,” a piece that pulls at the memories and moods of the glory years of Café del Mar and José Padilla (RIP). Drum patterns lay foundations for a launching pad into the next moment of the night. Roger Shah’s Sunlounger project no doubt loves the soft guitar licks in this one. Yet, it is the beats and the main melody that play with the whimsy of yesteryear. This is the era of Sasha and John Digweed laying the foundations of trance and progressive music in the early years. This is Solarstone’s “Seven Cities” taking your mind’s eye to a new world. It may not be as memorable as the works of that era, but boy, it leaves an impression.

Techno roots show up in the beat programming of “Calling For You.” This is Trance Wax tugging back to the deeper “melodic techno” DJs of today and showcasing how the barrier between techno and trance is blurring even more so today. The female vocals would play wonderfully from Tomorrowland’s techno tents to Time Warp’s warehouses. This is a mood out of Gashouder and from the events hosted by the Awakening family. “Calling For You” bridges so many styles that it ought to find a home in the catalog of many DJs and in the hearts of fans.

Melodies in this tune feel influenced or inspired by Japanese or some other Asian culture, especially in the break and towards the back half of the track. The tell-tale broken beats drive the track’s energy, but that melody feels both haunting and alluring at the same time. “Throne” encapsulates power and fear, but lacks a grace that balances it out. Something wicked this way walks. If you did not know better, you could mistake this journey as a gateway into drum and bass.

If you start two-stepping in a dark corner of some warehouse, you know this voice. Jan Johnston influences in dance and electronic music rival all the greats. Cascade away the worries and fall into this one. BT should be proud of the influence that plays out on this particular track (I’m looking at you “Remember“). The ethnic flair of “Throne” crops up here as well – in fact, it seems the same synthesizer patch plays out on both tracks. Jan reminds the audience, “I’m not dreaming,” so do not get lost in this one.

Continuing the Ibiza kick, “Beachbreak” brings back the warmth. Slowly crashing pads fill the air in the intro before layered melodies and plucks rise to the occasion. Tossed into the mix is an ’80s era snare sample, just for kicks. Two guitar elements break through near the back half of the track and sadly disappear far too quickly as the ending comes too soon.

Moya’s vocals haunt the ears and the plucked lead of the breakdown and back half of “Rivers” tugs at the early years of ATB’s sound. Finally finding a higher BMP, the track feels much more like the trance of the middle 2000’s – an era with the biggest stars rising: Ferry Corsten, Armin van Buuren, and Paul van Dyk. That said, the track does not pull on the memories of those artists. “Rivers” remains distinct and plays on the structures of the progressive house scene’s roots. There is also a fun choice in the almost bagpipe-like synth elements that pop up a few times in the track. The saddest element of the track is losing the vocal in the elemental mix at times – Moya’s voice is so pretty and distinct from so much of the album finding it drowned out at times is a missed opportunity.

There is no doubt here: Trance fully arrives on the album in the form of “Malu.” Booming kicks and plucked melodies gleefully arrive announcing joy and sunny skies. The energy drives throughout and this one, had festivals been in full swing for 2020, would be a bonafide play from stages around the world by the genre’s elite. For now, I expect to hear this on radio shows as we head towards the end of the year. Those multi-layered percolating synthesizer stab melodies – so familiar and happy!

Finally, the fourteenth track debuts. Broken beats and deep rolling bass elements aside, it is easy to hear Trance Wax’s vision in this one. Airy vocals open the horizon for the energy of moving beyond. There are some very deep bassline rolls during the break that recommend a sub-woofer for full enjoyment! The rise out of the break hearkens the energy Darude or DJ Sammy’s turn of the millennium mood. It provides a fitting closing page to the journey through the growing years of the electronic music scene where the broader world finally took note.

Trance Wax offers a ton of emotion on this debut album. Certainly, nostalgic elements drive many of the production elements and programming choices of the various tracks. Yet, somehow, none of it detracts from the modern sensibility of the track. My top three revolve around “Nitedream”, “Manaya”, and “Rayna.” “Rivers” is a close fourth but felt a little less polished than the others.

While this is not an album for the trance fan who only has to have uplifting, it is something for those that love listening to the genre’s past and who enjoy seeing its future. I would recommend adding to the library, even if it is only to save for a day where it rains for hours on end, to fulfill one’s desire to escape for an hour. 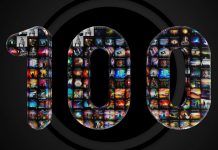 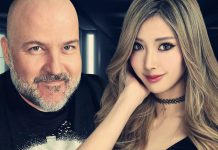 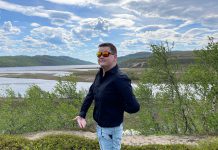