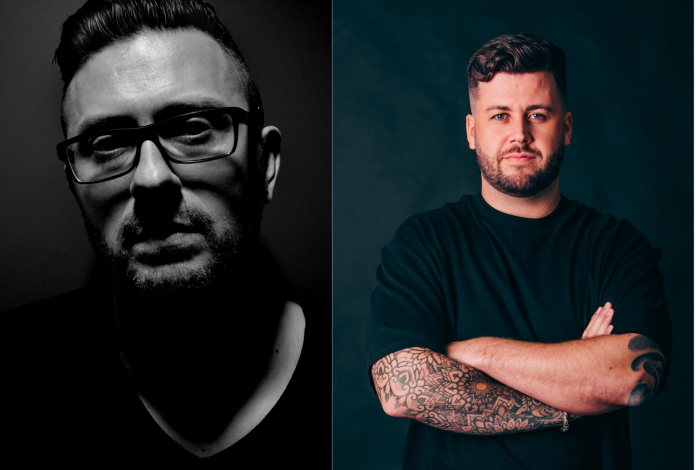 Rone White and Rowen Clark have teamed up to release a sizzling, two-track EP dubbed Indian Market that’s out now on NONSTOP for your listening pleasure!

New music alert! If you are in the mood for a little bit of festive uplift to get you perky and motivated to get out under the sun, then Rone White and Rowen Clark have got what you are looking for! Out now on Piero Pirupa’s NONSTOP imprint, the dynamic duo has come together to guide you on a VIP journey to the Indian Market. This two-track tech house release promises to loosen you up and set your mind right so strap on in and enjoy the ride. But first, a few details about the men behind the music…

Hailing from the incredible city of Brussels, Rone White fell deeply in love with the Belgian club scene at the age of 17 and would ultimately find his true calling in the minimal, deep tech, and tech house realm. Digging into his career about 10 years later, industry heavyweights like Joseph Capriati, Jamie Jones, and Marco Carola would begin to sing his praises and today he continues to dominate the dance floor with mega-cool style and class.

Rowen Clark is another tech house artist that we are incredibly excited about since revving up his career with several DJ contest wins, leading him to take over dance floors across Rotterdam, Amsterdam, and Cairo, among many more. His forward-thinking attitude and commitment to the studio has allowed him to make his presence known on labels such as Deeperfect and Repopulate Mars.

Together these men are creating something extra special for the world to enjoy. In fact, they have put their heads together on multiple occasions, gifting the dance community with Eyes Open, Spiral Conversation, Golden Temple and a slew of many more just this year. So why not keep the party rocking! I know we sure aren’t mad about it!

Purchase your copy of Indian Market on Beatport, stream it on Spotify below, and continue on for a deeper look at the two tracks!

Flashy and festive is how Rone White and Rowen Clark kick off the Indian Market EP.

Within the first seconds of the title track, it’s as if I have been plucked off of my couch and dropped right into the middle of a bustling market in the beautiful country of India. Uplifted by a stunning native voice that soothes every fiber of my being, I close my eyes and imagine the sights, sounds, smells, and flavors of this far away land. I absolutely love it when a track can put me in a whimsical state of mind, a place where my imagination can run wild with each pulsing beat, and “Indian Market” does just that.

The real magic happens twice throughout the track where the beat kicks into full gear. This epic drum detail is partnered with a flashy climb delivering me straight up to Cloud 9 before I am left to drop back into the groove. I really feel like this track would be the perfect addition if you are looking to raise the temperature poolside or if you want to tackle the quarantine blues with a brisk jog at the park. It really gets the endorphins percolating nicely.

The B-side nods to early Detroit techno and I am living for it!

Heavy drums, dark underground intonations, and crunchy synths are everything that this track boasts and I am here for all of it. It is called “Free Spirit” and that is exactly how this track makes me feel. It offers up a freaky release from all that is weighing me down. All that is left to do is get my booty up off the couch so I can bust a move like nobody is watching. Well, I guess that’s not too far of a reach considering how the living room has turned into the nightclub for most of us. But enough about that, let’s get back to the music!

“Free Spirit” swells with a feverish bassline while the synth blips mess with my mind in the best way possible. It’s like I have been invited to join a freaky carnival and this is the accompanying soundtrack. The melody is wildly unsettling, but the ferocious drive keeps me locked in, exposing the reactive bond of the “silly meets serious” side of the electronic realm. I would love to hear this track around 2 AM when the party is lit and the shenanigans are at peak levels.