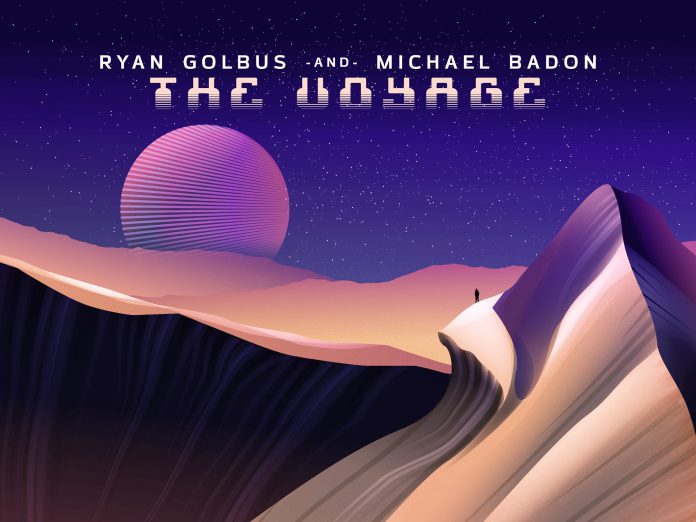 Emerging artists Ryan Golbus and Michael Badon throw genres out the window and recruit a group of A-list collaborators for The Voyage.

Over the past four years, Colorado-based producers Ryan Golbus and Michael Badon have spent countless nights swapping ideas, building beats, and ultimately developing the sound that would define them. Now, their labor of love finally sees the light of day with The Voyage, an eight-track sampling built upon a foundation of passion, exploration, and lust for pushing genres to the outer limits of their boundaries.

Their debut album comes at a time when dance music seemingly swings from one popular genre to the next without a lot of thought as to what falls in the middle. Ryan Golbus and Michael Badon are here to change that. They strive to shine a light on the more refined elements of dance music. The two have succeeded in implementing live instrumentation, and original vocals throughout the album while going above and beyond the use of simplistic production styles.

“It feels incredible to finally finish up this first album. The biggest thing Michael and I have taken away from this creative learning experience is good thingS take time, so enjoy the voyage. This album has been a culmination of years spent in the studio, collaborating, learning, and crafting the sound that you hear today. Its been a long time coming. “

Are you ready for a voyage all your own? Dive into these two talented producers debut album on Spotify below, download or stream on your favorite platform, and let us know what you think in the comments!

Stream Ryan Golbus and Michael Badon – The Voyage on Spotify:

The Voyage comes to fruition with eight all original tracks featuring a flurry of collaborations from around the world.

Internationally renowned saxophonist and Portuguese superstar Ricardo Branco joins Golbus and Badon on four tracks throughout the album. “Take You There,” “The Voyage,” ‘Walking Down,” and “Space Funk” are all blessed with Branco’s top-tier grooves and sexy-sax melodies. Branco comes as a welcome addition to the album and puts The Voyage in a league of its own.

Golbus and Badon have paired their chilled out dance grooves with a timeless element rooted in smooth jazz. Branco has truly mastered the art of the saxophone and is a warm and welcoming addition to the album. This perfect pairing has allowed them to blur genre boundaries and create something entirely new. Space Jazz, perhaps? Electro Swing? Electronic Jazz-Funk? Where ever you choose to place this album, The Voyage knows no bounds.

The album’s opening track “Take You There” builds slowly before launching listeners into a full-fledged fanfare of glittering horns, sharp guitar riffs, and a flowing, sax-laden melody. “Take You There” is the perfect introduction to Golbus and Badon’s unique sound. The dichotomy of blissed-out vibes syncopates perfectly with a driving energy-inducing drop that lights a fire in your dancing shoes. A well-deserved tip of the cap to fellow Coloradan Luke Dahlgren for his masterful guitar riffs throughout.

Following this masterful intro, the albums title track “The Voyage” brings listeners back down to Earth with a funkified dance party while keeping the soulful sax vibes front and center. Golbus places his golden touch on perfectly placed percussion fills, before building up to an electro house drop reminiscent of the EDM boom. A welcomed, high-energy infusion from the laid-back vibe of the rest of the album.

However, Golbus and Badon’s collaborations don’t stop there.

The Voyage enlists flutist Gina Sobel on the albums third track, “Waves.” Sobel has built her career as a leader of improvisation and a mastery of her craft. She has worked with the downtempo-electronica maestro, Emancipator for years while maintaining her demand across a multitude of genres. Her entrancing flute lures in listeners like that of a siren.

Golbus and Badon are, in fact, themselves products of the Rocky Mountains of Colorado. The Voyage‘s fourth track, “Deep in the Mountains,” draws direct inspiration from the natural landscapes surrounding these producers every day. “Deep in the Mountains” calls upon Badon to lay down his smooth original vocals, pairing perfectly with a golden Colorado sunset and a welcoming of the night.

Badon brings The Voyage home as he takes the reins on the albums final two tracks “Rango” and “One Way.”

“Rango” transports listeners directly from the mountains of Colorado to a warm tropical paradise, once again highlighting his production ability as it walks the line between downtempo-electronic and hip-hop infused reggae. While “One Way” allows Badon’s grungy vocals to add a unique element to the track as it flows between blissful-beach-vibes and grooving dance floor shaker.

This debut album comes as a strong showing for the emerging Colorado producers.

As dance music continues to be boxed in by genres, its albums like this one that succeeds in tearing down that mold. The Voyage leaves listeners grooving from one track to the next while maintaining a blissed-out vibe. Is this an album that is ready to tear up the club? No. But that is not what it aims to do either. There is a time for bangers, and a time to chill, and this album is for those show-stopping sunsets, tropical drinks with friends, and letting the vibe of that moment in time carry you into the night. 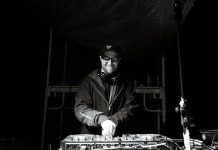