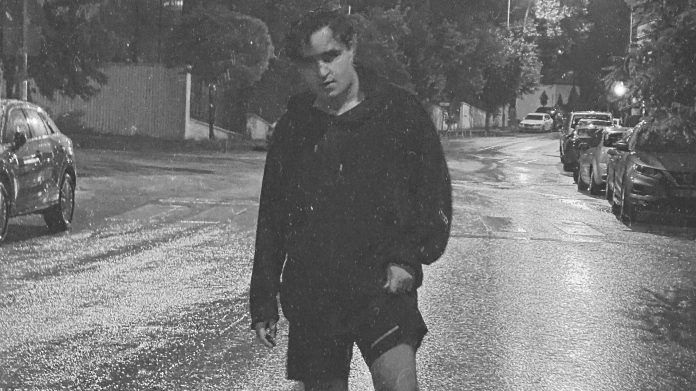 Last summer, one of the artists who caught our ear and made a splash in the scene was Türküm with his album ANTI-SOBER. A relative newcomer to the scene, his music has already graced labels like Elysian Records and Lowly Palace while he consistently opens his soul up to listeners from around the world. Now, he’s returned with a fresh album dubbed HEARTBREAKS & REGRETS.

Clocking in at eight tracks in total, HEARTBREAKS & REGRETS sees Türküm continue his exploration of human emotion with a melodic style that will unlock your own feelings within seconds of starting the journey. The first four tracks represent the HEARTBREAK side of the album, with “Maverick” delivering cinematic qualities for the perfect intro before diving into “Wait For Me” and “Gains” that add in some vocals to pack an extra punch.

“Prayers” helps transition the album into the REGRETS side with its delicate melodies that provide a moment of reflection. From there, Türküm gifts listeners with two absolute stunners in “Killing My Dream” and “Running Through My Mind” that will have you singing along and moving to the beat in no time at all. And what better way to close the album than with “NIGHTRIDER” that sees Türküm put his foot on the gas pedal as it drives forward with an infectious bassline that will have you coming back for another listen in no time at all.

Listen to HEARTBREAKS & REGRETS on Spotify below, download or stream the album on your preferred platfom, and read on for the meaning behind both sides of this release from Türküm!

“My heart fills up with joy when I meet the diehard fans of my music. One of the kids that I once met asked if he could talk to me privately, and told me that my music changed his life, and wanted a picture as a memory. When moments like that occur, I look back and thank everyone who led me to where I am today. Having people message me from across the world puts a smile on my face. The messages they sent resonate with me so well, that I really feel that they mean every single word they type out to me.”

Türküm on the “Heartbreak” part of the album

“The regret side of the album has many feelings built into it. Everyone does regret some choices and mistakes they’ve made in their lives, and when it hits you at your low point, it really hurts. I get messages saying I’m wasting my time and potential on the wrong side of the globe. I feel like an outcast in Turkey, been living here for the last 6 years, and the cultural difference is crazy. I was born in Greece and grew up in Canada, Lebanon, and Germany. I’ve been intertwined with different cultures and communities, growing up in different countries constantly shows you how complex the world is.”

Türküm on the “Regrets” part of the album