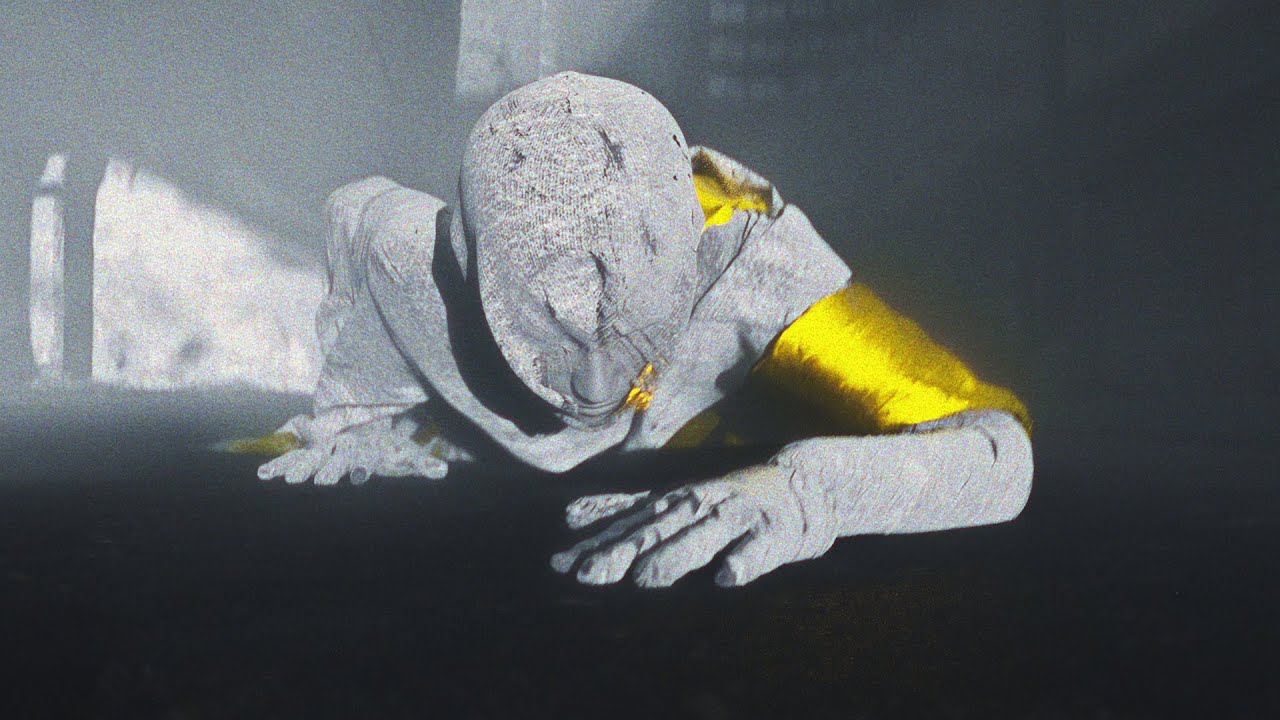 Following their debut earlier this month, BRONSON isn’t letting quarantine slow down their creative flow with a music video for “HEART ATTACK.”

Making a music video in the world is social distancing is no easy feat. Harrison Mills and Clayton Knight of ODESZA and Tom Stell of Golden Features, who have come together to be known as BRONSON, knew this going in. But that didn’t stop them from creating a beautiful visual accompaniment to their first single, “HEART ATTACK.”

Due restrictions on gathering, each team behind the project knew they wouldn’t be able to produce a music video as they normally would. It was an unprecedented challenge, but one that was overcome — and impressively so. Separate creative teams worked in empty streets, in parks, and edited in isolation — and in the end, every individual effort came together as a masterpiece.

Directed by award-winning Hungarian film-maker Balázs Simon and produced by London-based company Blinkink, the “HEART ATTACK” video visuals are nothing short of stunning.

Balázs Simon’s visual style dances on the line of 3D animation and reality. It’s real enough to feel like you’re there, but the visuals are just enough to make you see the world around you in a different light. You might be familiar with Blinkink’s incredible production work for Gorillaz, Jon Hopkins, Tame Impala, and Elton John — as well as Simon’s work with Leifur James and Nils Frahm.

“As we couldn’t assemble a big team together due to lockdown, we needed a less conventional way of doing this, where all departments had to work separately – without really seeing the whole picture! We had to rely on our imaginations. We went out to the empty streets of Budapest and shot camera moves without any subject, then we rehearsed movements in a park, did some motion capture, and from there we took the stay-at-home ordinances to heart – locking ourselves in for a couple of weeks and assembling all the collected data into this video. It was an intensive experience with an amazing team of  talented friends, and it made our days much more bearable!”

Watch the music video for BRONSON – “HEART ATTACK” on YouTube:

The “HEART ATTACK” music video takes us on an inspirational journey of perseverance and self-discovery.

The video for “HEART ATTACK” begins on a desolate, black-and-white abandoned street — modeled after the empty landscape of Budapest. A strong windstorm whips through the streets with incredible force, and a woman emerges, walking straight into the storm. We see that she’s looking at a bright light at the end of the road, and begins to move towards it, against the wind.

She’s covered in clothing to shield herself, but it’s being torn off piece by piece by the sheer force of the gusts. To our surprise, every time a piece of cloth is pulled off, it reveals reflections of gold underneath — almost as if she was better off without it. She falls a few times, and maybe even contemplates turning back, but she continues to move forward towards the light.

Her efforts don’t go unnoticed. Others stand in the alleyways, shielding themselves from the wind, covered in similar clothing. Eventually, the last piece of cloth drops away from the woman’s body, as the gold shines more and more until she becomes a shining light herself. The light from her own body shines even brighter than the one she had been chasing. Even better, once she’s free, she’s able to walk through the wind and chaos completely unbothered.

Through her perseverance and struggle, she discovered that the light she sought had been within her the entire time — but that without the struggle stripping away the pieces of her that didn’t serve her, she never would’ve seen it at all… and neither would anyone else. The people around her all watch her display of courage in awe, and they become inspired to follow her example.

With everything going on in the world, the “HEART ATTACK” music video couldn’t have come at a better time.

This video masterpiece delivers a hefty dose of confidence in straying from the norm, questioning and testing your true potential to inspire others, and looking inward to find strength and enlightenment. From the courage it took to walk into the windstorm to the strength it took to get back up after being knocked down, the woman in this video shows us that life may not always be easy, but the pursuit of peace, truth, and freedom will always be worthwhile.

No matter where you are in the world, chances are, something has touched you in the last few months. Whether it be financial, personal, emotional, mental, or the sheer feeling of seeing the world around you change so quickly… it’s important to remember that you are strong, and you have the power to inspire change for the better around you.

This music video was created to remind you that even a moment of courage can inspire others. So any time you feel scared to nervous to do something and speak out, remember that your actions go beyond you. You have the power to influence, to create, to stand for something meaningful… and to encourage others to do the same. We’re so thankful to BRONSON, Simon, and Blinkink and everyone involved for giving us such a beautiful display of these lessons.

BRONSON has been in the making for the last three years, and the trio are no strangers to collaborating from a distance.

In the time before we’d even heard of BRONSON, they had spent years working on a digital record box of shared sounds sent across time zones and continents through Dropbox files and FaceTime calls. Then, they spent a week on a remote beach in Australia recording music — the music we’re now looking forward to… the full-length BRONSON album. The full album is set to release on July 17 via Foreign Family Collective and Ninja Tune. You can preorder it at the link below, and pre-save digitally. You can also order the physical LP at the official BRONSON store.

We’d love to know what YOU think about this music video. Did it inspire you, or make you want to do something AWESOME to inspire others? Did it make you think of someone who’s story has inspired you? Tell us all about it in the comments below!