Are you ready to get your trance on with Andrew Rayel, Cosmic Gate, ilan Bluestone, and more during the Dreamstate Satellite Series Livestream?

There’s no doubt that one of the most successful livestream events that Insomniac hosted on Twitch and YouTube was the debut of Dreamstate on the platform. While the Virtual Rave-A-Thons for festivals like Nocturnal Wonderland, EDC Las Vegas, and others drew in quite a crowd, the Trance Family arrived in full force during the debut edition. Now, they’re bringing it back for another round with the Dreamstate Satellite Series Livestream!

Hosted on Insomniac’s Twitch and YouTube channels on Saturday, May 30 from 8pm to 2am PDT, the debut edition of Dreamstate Satellite Series Livestream is bringing some of the top names in trance to the virtual stage. Artists like Andrew Rayel, Tempo Giusto, and ilan Bluestone stand out immediately, but the sounds from legends like Marco V and Cosmic Gate will also satiate the cravings of Trance Family members who tune in.

Related: Looking for a comprehensive list of the livestreams happening all over the world wide web this weekend? Check out our Livestream Tracker!

Adding to the fun are Alexander Popov and The Space Brothers, and don’t fret if you’re seeking out the sounds from the psytrance realm as Liquid Soul and Captain Hook will be delivering that much-desired dose. Stay tuned because more updates and specific set times will be arriving ahead of the weekend. And don’t forget to let us know who you’re most excited to catch and where you’ll be tuning in from in the comments!

Follow Dreamstate on Twitter for the latest updates and make sure you’re following Insomniac Events on YouTube and Twitch so you can get a reminder the moment the streams go live! 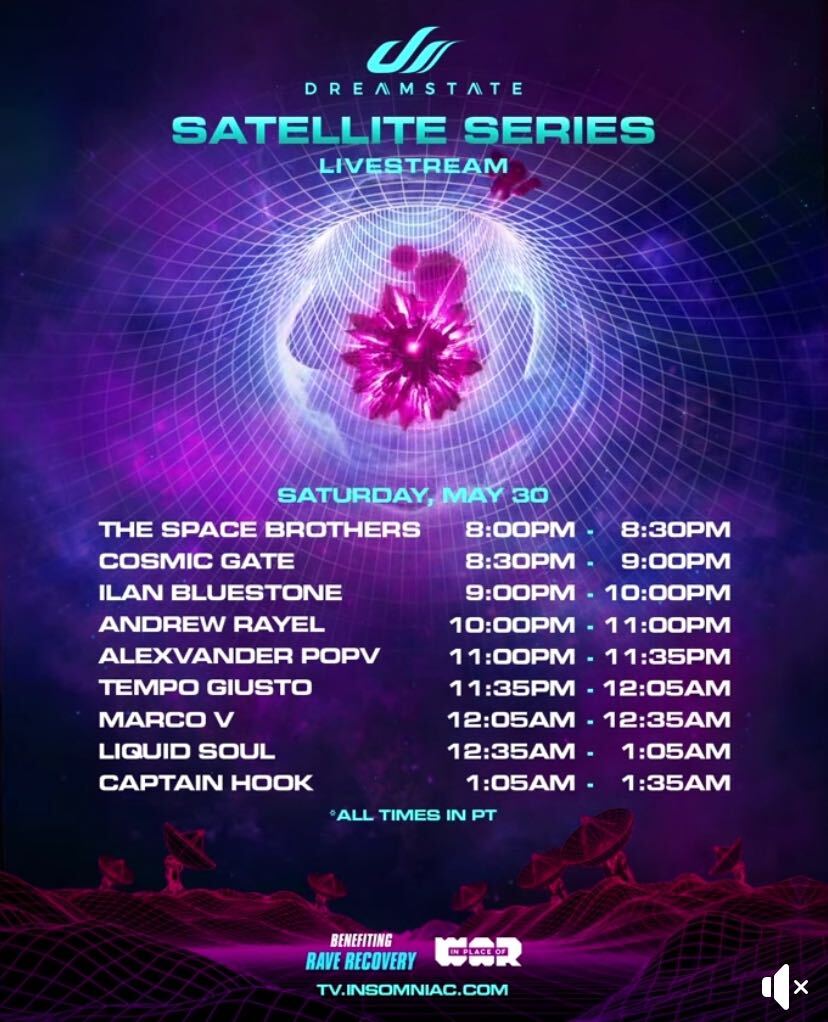 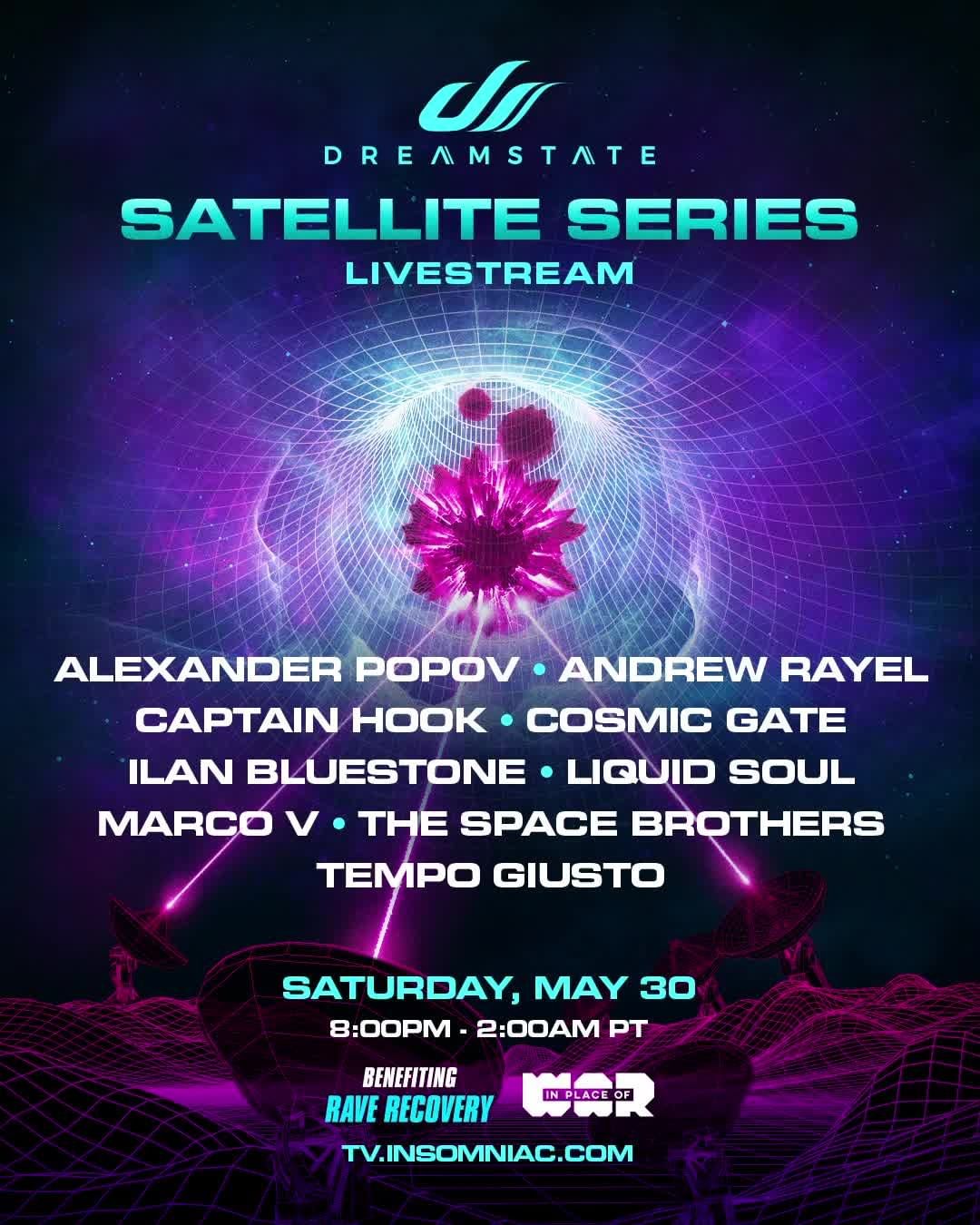