Pasquale Rotella has taken to social media to give headliners an update on the latest status of EDC Las Vegas.

Amid a seemingly endless number of festival cancellations and postponements that have occurred over the past two weeks, many have taken to social media to question the fate of EDC Las Vegas. Set to take place in May, the largest music festival in North America has continued to chug along with a positive outlook while others that are slated before or after it have already thrown in the towel.

Earlier this month, Pasquale Rotella addressed the questions about the upcoming edition of EDC Las Vegas when they postponed Beyond Wonderland SoCal as well as on Instagram Live. Tonight, he’s posted on the platform with another update to continue the open communication and transparency between Insomniac and their loyal fanbase.

In the statement released tonight, Pasquale opened by addressing the fact that many are scared for their health, the economy, and for their loved ones. The meat of the update comes on the second graphic though, where he goes on to say that they “want to have EDC Las Vegas as soon as it’s safe to do so.”

He also affirms that they’re still working towards the May dates, but do have other options including June and other dates in the fall in case they need to move EDCLV further into the year. Insomniac will be informing headliners no less than 30 days before the original date of the show itself so that refunds and travel plans can be altered accordingly. (So expect more news on or before April 15) 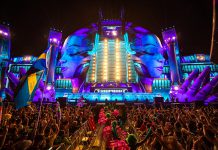 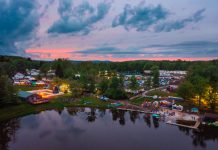 Elements Festival Sets Their Sights on 2021 Due to COVID-19