The party doesn’t stop when the last beat drops at CRSSD Festival Spring thanks to their After Dark series. Will you keep on dancing?

After selling out their upcoming edition of CRSSD Festival Spring faster than ever before, FNGRS CRSSD played another magic card they had up their sleeve today. While they may have just announced some fantastic additions to the lineup, we now know the details we’ve been dying for as the After Dark parties have finally been unveiled.

That’s right, just because the party has stopped at Waterfront Park doesn’t mean that the fun has ended. Those who choose to attend the After Dark parties will be able to dance deeper into the night to the sounds of artists like Autograf, Justin Jay, Chris Lake and Cassian, and plenty more.

Notable additions this year include not one but two kick-off parties on Friday night that will get you in the mood with Mason Maynard taking the stage at Bang Bang and Will Clarke playing an OTC set at Spin. You also won’t want to miss Charlotte de Witte serenading the crowd with Jon Rundell and Teenage Mutants on Saturday, either.

And after the success of their most recent boat parties, they’ve announced FIVE to choose from in total over the weekend. Nora En Pure and Telepopmusik will be the sole daytime cruise. After party offerings include Sacha Robotti and Steve Darko, Mark Knight and Technasia, Purple Disco Machine and Never Dull, and Patrick Topping and Archie Hamilton.

Tickets for CRSSD After Dark parties will be available via their website, and remember that there is no cart so make sure that you purchase your highest priority after-party first! 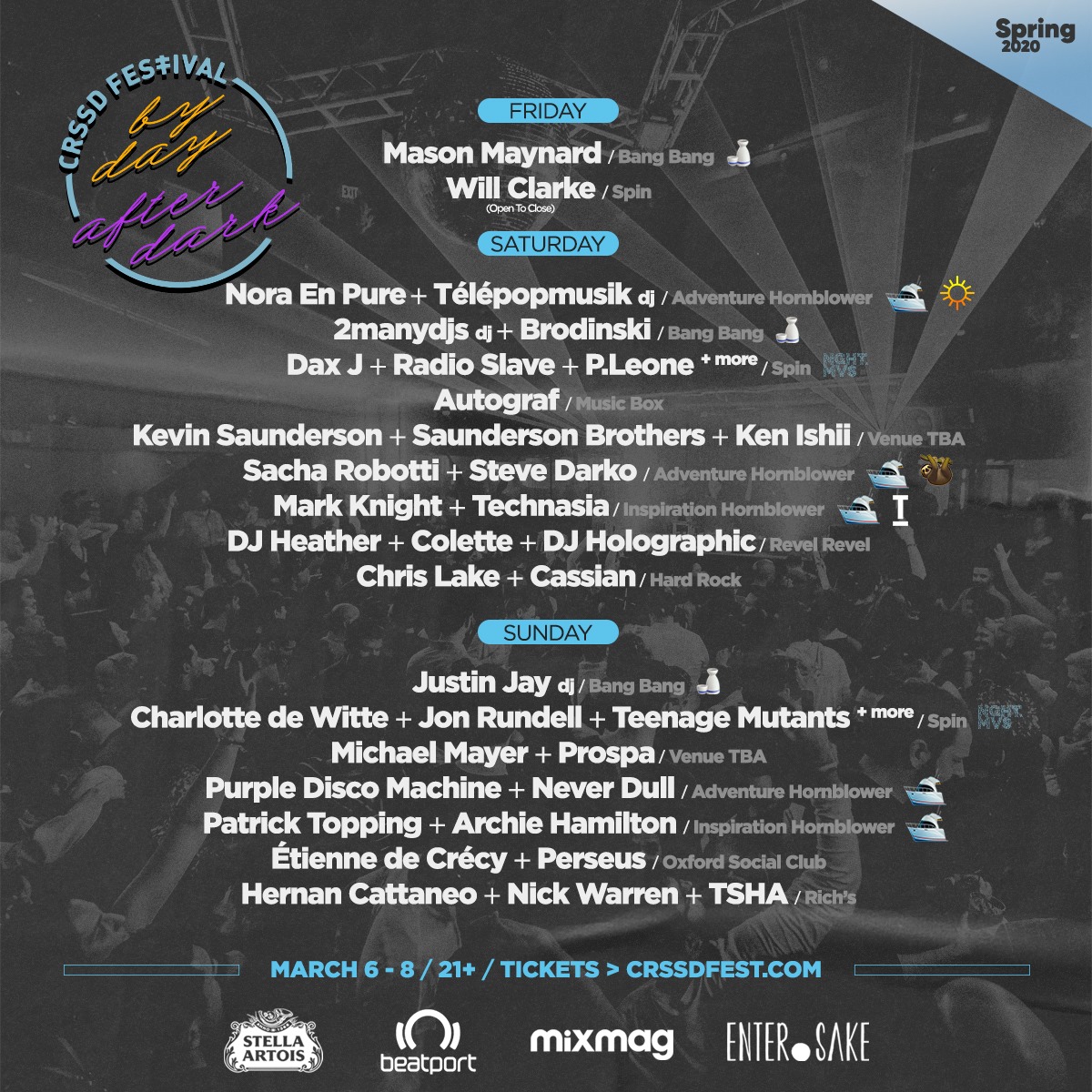 CRSSD Festival Spring 2020 By Day / After Dark – Lineups and Venues: 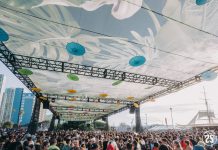