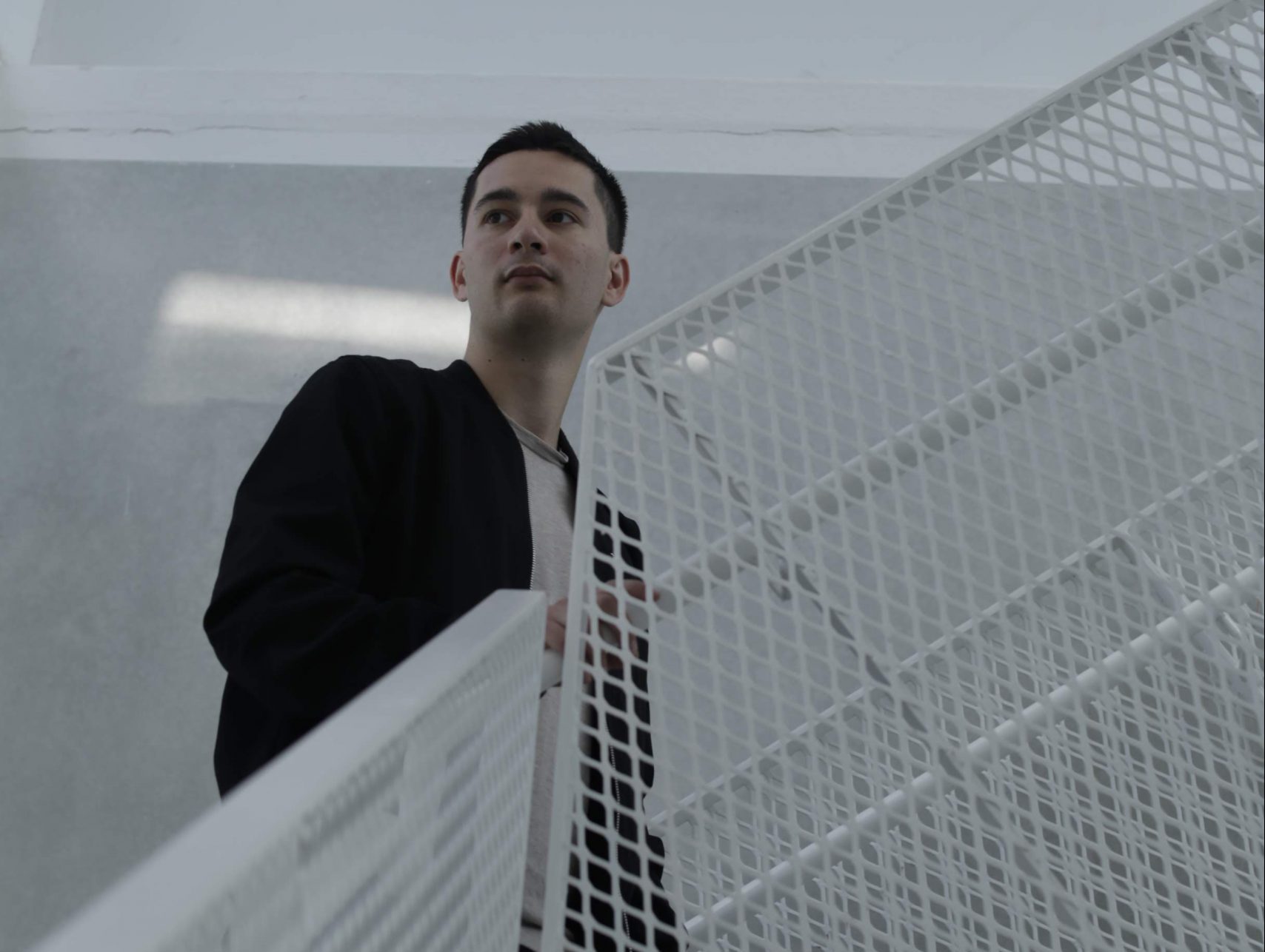 Walden set off on his journey as an artist nearly a decade ago but his future is brighter than ever with new releases and support from Above & Beyond.

Hailing from Australia, Walden has been a recognizable name in the electronic music industry for nearly a decade. His debut EP Brightness came out on Big Beat in 2011 and perfectly captures the sound from that era of the scene. Walden continued to release new music throughout the coming years, with “Home,” “No Ordinary Love,” and “Airodime” being some of his most popular tracks.

Towards the end of 2019, Walden caught our attention with “Rezzo” and “Gotten,” two new singles that showcase a smooth progressive sound. As evidenced by the mysterious soundscapes in his music, Walden’s recent inspirations include Dirty South and Lane 8.

With many more new releases on the way, Walden will surely be on our radar for the rest of 2020 and beyond. Listen to his exclusive guest mix below and read on for the full chat with him to learn more about what’s in store!

Thanks for chatting with us today, Walden! Let’s start by talking about your most recent single, “Rezzo,” which was picked up by Above & Beyond for ABGT 351. Can you walk us through the production of the track and share what it felt like to receive such impressive support?

Hi guys, thanks for having me! Before I start working on a new batch of records, I’ll spend a day or two collecting or creating new samples and patches that I like. When it comes to the actual production, the process for each track is always different.

With “Rezzo,” I started with the bassline and kick and then built the percussion melodies on top. The arrangement just sort of happens over time as I add more layers and experiment with different combinations. Having Above & Beyond play the record was a surprise! I didn’t expect the track to receive that much support from the get-go, but it was super cool and I’m very thankful to them.

You also released “Gotten” with Pete K towards the end of the year. It was your first release in about two years! How did this collaboration come about, and what does it mean to you to be making new music again?

Yes, it’s been a long minute since the last release. With “Gotten”, we’d been talking for a little while about starting a collaboration. When I had an initial idea that I thought could be interesting, I sent it over to Pete. Within a few days, he had transformed it into something that we both felt had a lot of potential. Over the weeks we just kept swapping the track, developing the idea and pushing it to a state that we were both extremely happy with.

It’s nice to be back and putting tracks out. This time around I feel more relaxed and on top of what I am doing. After my initial experience with the industry (which had both very positive and negative moments), I realized that I needed time to grow as an artist and a person. Now feels like a very good time to be creating and releasing again.

Both tracks came out on Third Party’s Release Records imprint. How did your relationship with the label start, and what has their support meant to you and your career?

One of my managers [Gabriel] is good friends with them and their team. When they heard some of my demos, they reached out and we started talking about releasing on their label. They’re super nice guys and I feel very fortunate to have their support in what I’m doing. We have also been working on some future releases together and I can’t wait for people to hear them.

Before these two releases, your music had an electro house feel that was influenced by the likes of Avicii and Wolfgang Gartner. Now, your music is a more deep and progressive style. What were some of the main factors that led to this genre change and how did you find your new sound?

My sound is always changing so it’s hard to pinpoint exactly where the switch was. I guess the time between 2016 and 2018 was where the biggest alterations happened. Anjunadeep was releasing some very cool tracks at the time, and I was starting to dive into the deeper stuff. I think the biggest artists that were influencing me then were Deadmau5, Eric Prydz, Yotto, and Lane 8.

It’s not going to stop there though. I am adamant about not repeating some mistakes I made earlier in my career. When you get stuck in a box it can begin to feel stale and you start to lose inspiration and become complacent. This time around, I want to continually push my sound to more interesting places – at least places that I’ve not fully explored yet as an artist.

Brightness, your debut EP, was picked up by Big Beat back in 2011. Considering you were just a teenager at the time, what was it like to find success so fast, and how did it impact the next few years of your career?

It was both amazing and very difficult. I couldn’t believe that labels like Atlantic and Big Beat were taking interest and willing to develop my career. At the same time though I felt a lot of pressure…a lot of self-applied pressure at least. I had many expectations of myself that I wasn’t able to match and I learned things about the industry that left me feeling a little discouraged at times.

Throughout those first few years, I had some amazing experiences and met some incredibly inspiring people. At the same time, I overworked myself and eventually burnt out. I wasn’t ready for that lifestyle, but either way, I’m still incredibly fortunate to have experienced it.

Towards the end of 2019, you performed at Release Records’ ADE party in Amsterdam. Was this your first live set in a while? What was the experience like?

It was great! A little strange initially but it felt good to be on the decks again. Release Records’ ADE party also had the perfect crowd.

Tell us about your journey to becoming a music producer. Coming from a background with no formal training, what is some advice that you’d give to producers taking a similar route?

My first introduction to music software came when I was 11. We had a school excursion to the Power House Museum in Sydney and since then I became obsessed with audio production. When I was 14 I did piano lessons for a little while. Not well enough to read music, but enough to learn the basic keys and scales so that I could better understand what I was doing.

Everyone’s situation is different, so advice can be tricky. It’s a pretty tough industry but one thing that I feel very strongly about is this: it’s all about the process. If you are only focused on the end goal, you won’t get very far. However, if you love the work – if you love the process of making music and go in with an eager and solution-focused mindset – then I think that you will have a very good chance of getting your foot in the door eventually.

I would also encourage other producers to keep an open mind toward things other than music. Music isn’t everything, and often the best sources of inspiration come from outside of it. So go out and have different experiences. Don’t be afraid to pursue different career paths for a little while or to pick up new hobbies. 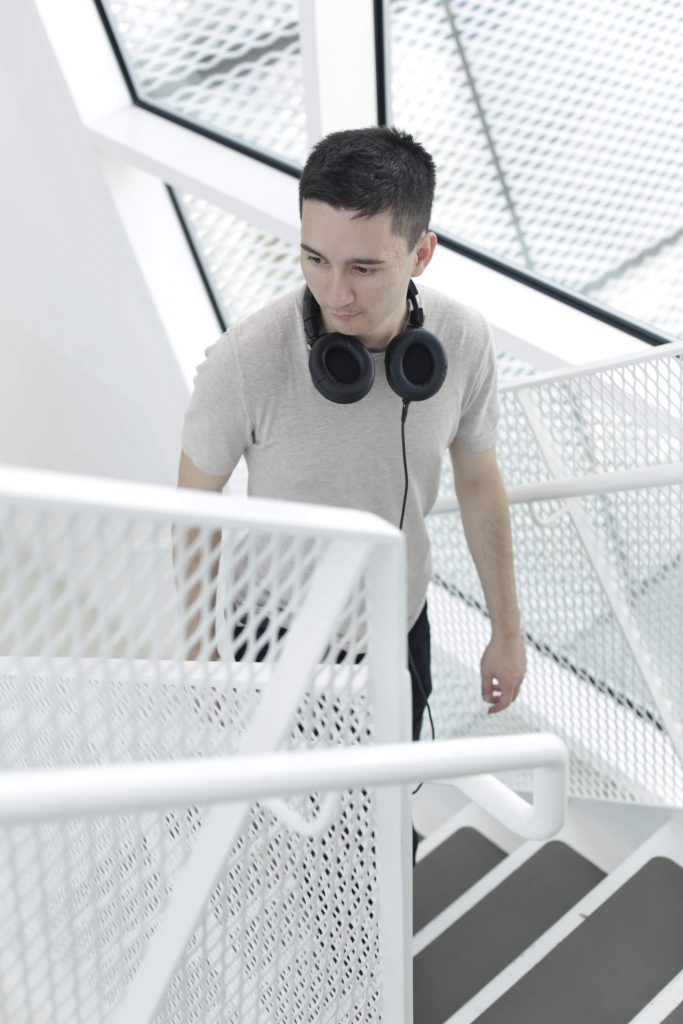 With a new decade on the horizon, what can we expect from Walden and your rejuvenated sound? Are more releases on the way?

Yes, there is plenty of music in the works and I have some new tracks ready for release in the coming months. Very excited to get them out there!

What are some goals that you wish to accomplish over the next few years? Any specific events or festivals you’d like to play?

Playing Ultra again could be cool. Tomorrowland would also be a lot of fun. Nothing super specific though in terms of gigs. Right now, I want to focus on pushing my production to new unexplored places and releasing tracks that will hopefully resonate with people and inspire them.

Lastly, who is one of your favorite producers from your home country of Australia?

I’d say that one of my favorite electronic artists from Ozzy-land would have to be Dirty South. He is producing some magical stuff right now.

Connect with Walden on Social Media: