deadmau5 Warped Our Minds with the Cube V3 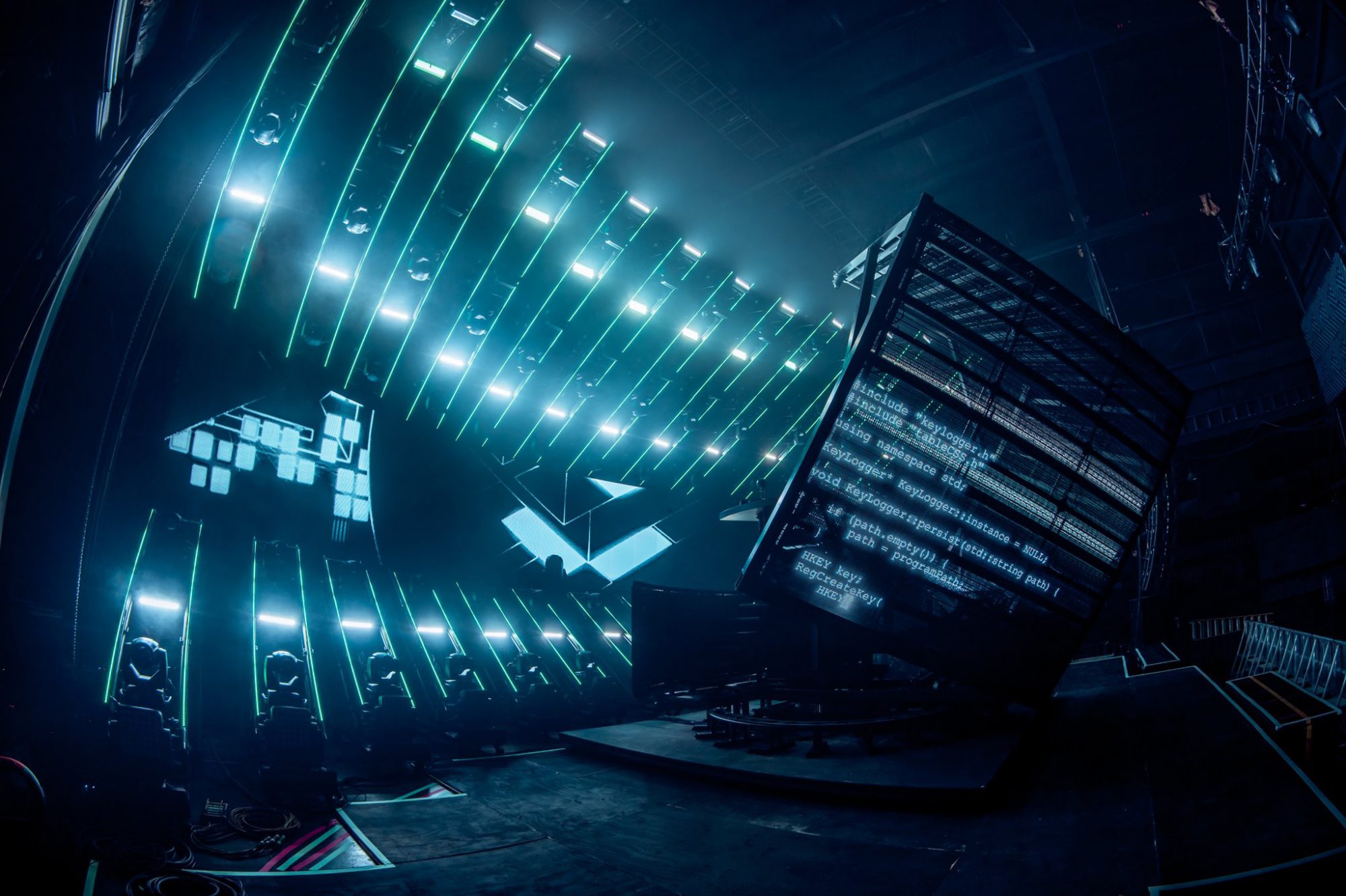 If you’re a fan of deadmau5 and his next-level productions, then the Cube V3 tour is one you certainly won’t want to miss.

When deadmau5 announced that the latest iteration of his cube stage would be debuting at Ultra Music Festival in Miami, I felt a mix of emotions. I was excited to see what he would upgrade to take the production to the next level, but also sad at the same time because I opted to not make the trip to Miami this year and would miss it live. Those emotions changed quickly, however, when deadmau5 announced the Cube V3 tour.

Over the rest of the year, deadmau5 would traverse the entire North American continent with five, yes that’s right, five nights in Los Angeles. While I was able to get a glimpse of the new stage by tuning into the live stream on UMF TV, seeing it in person was now something I simply needed to make happen.

Having thoroughly enjoyed the previous run of shows that hit Los Angeles a few years back, I quickly scooped up tickets for Friday’s show at the Hollywood Palladium the moment they went on sale. The excitement began to build as I caught deadmau5 at EDC Las Vegas and scoured the web for photos that showed off the final prep for the Cube V3 tour itself.

Flash forward to the week of the show, and I simply couldn’t wait to get dominated by deadmau5 and the Cube V3.

Much like when he was in LA previously, a pop-up shop was announced for the string of performances for fans to check out some merch, get a look at unique mau5heads, and meet other fans of his (and maybe Joel himself). So on Wednesday, I decided to make the trek up to LA a few days early and see what it was all about.

After sitting in four hours of traffic (oh, the things I’ll do for deadmau5), I arrived at the pop-up and was pleasantly surprised at what was there. The collection of mau5heads was super cool, especially the Meowth one, which brought me back to my days of playing Pokemon. With some quality beats in the background and some cool merch to check out as well, it was a fun way to get stoked for the show on Friday. 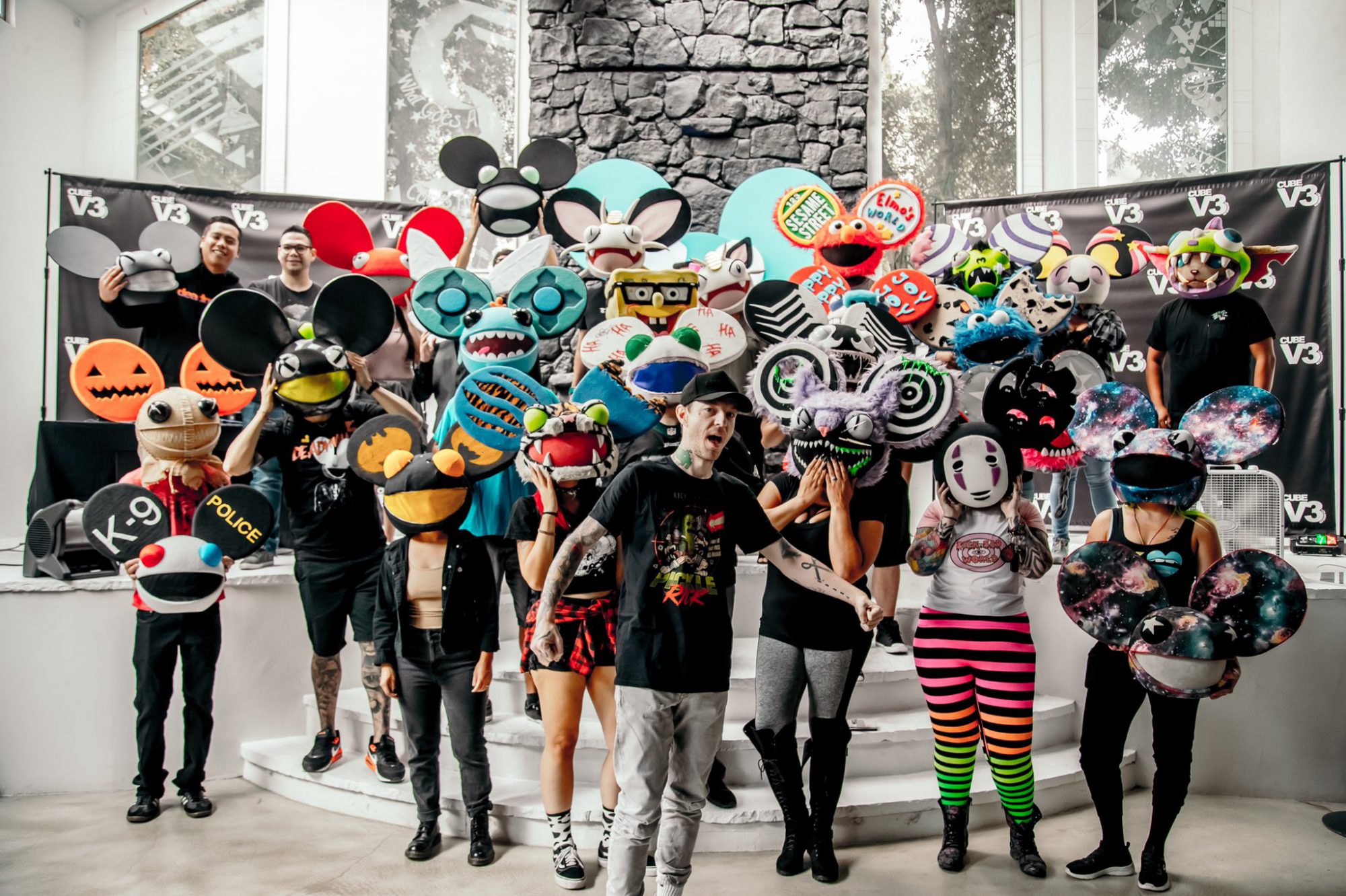 The day had finally come for my experience with the new cube.

Heading back up from San Diego with some friends, we blasted mau5trap tunes throughout the entire duration of the drive to get our minds ready for what was yet to come. We headed straight to the venue but sadly missed out on the sets from Julian Gray and Lights who opened the night up.

Walking into the Hollywood Palladium to the sound of some techno from i_o peaked our levels of excitement for the rest of the night. He pummeled the crowd with his blend of techno and melodic beats while playing some of his original tracks and signature remixes that started our journey down the rabbit hole.

While i_o was definitely fantastic throughout his entire set, our eyes were on the prize that was the unveiling of the Cube V3 and the man of the night, deadmau5. Closing his set strong, i_o left the stage and the final preparations began for the main performance with a brief intermission that had us looking for the best possible place to situate ourselves for the rest of the evening.

We found a spot on the left side of the venue, an then the music began and it was time to get our minds warped by deadmau5.

Kicking off with bang by dropping the intro edit of “No Problem,” the energy of the entire crowd began to swell and everyone started to get down to the beat. From there he played tracks like “Maths,” “My Pet Coelacanth,” and “Animal Rights” before making the crowd go wild with hit track “Ghosts N Stuff.”

The stage itself is hands down my favorite iteration of the Cube yet. Aside from taking it to the next level with its rotation and placing himself in the center instead of at the top, the rest of the production surrounding it was really the finishing blow. Lights, lasers, and the graphics that displayed throughout added to the ambiance of the night and made me want to come back for another look as soon as possible.

Whether he was toying with the crowd with some funny graphics or pummeling us with lasers, the entire production left a lasting impression.

Aside from the stage, my favorite portions of the night included deadmau5 playing his edit of “The Longest Road” (a personal favorite) mixed in with “Three Pound Chicken Wing” and LIGHTS dominating the stage for “Raise Your Weapon” and “Drama Free.” Of course, one of the most special moments was the surprise appearance of SOFI to provide the live vocals for “SOFI Needs a Ladder,” which was the perfect way to mark this night as one that I’ll look back on for years to come.

Overall, if you’re a fan of deadmau5 and the Cube V3 is coming to a city near you, you should do everything in your power to be there. Once again, he’s left me and countless others impressed with an epic night that interlaced amazing production and quality beats together for an unforgettable experience. I can’t wait to see how he improves on the Cube V3 in the future.