ARMNHMR Took Us on a Journey to the ‘The Free World’ 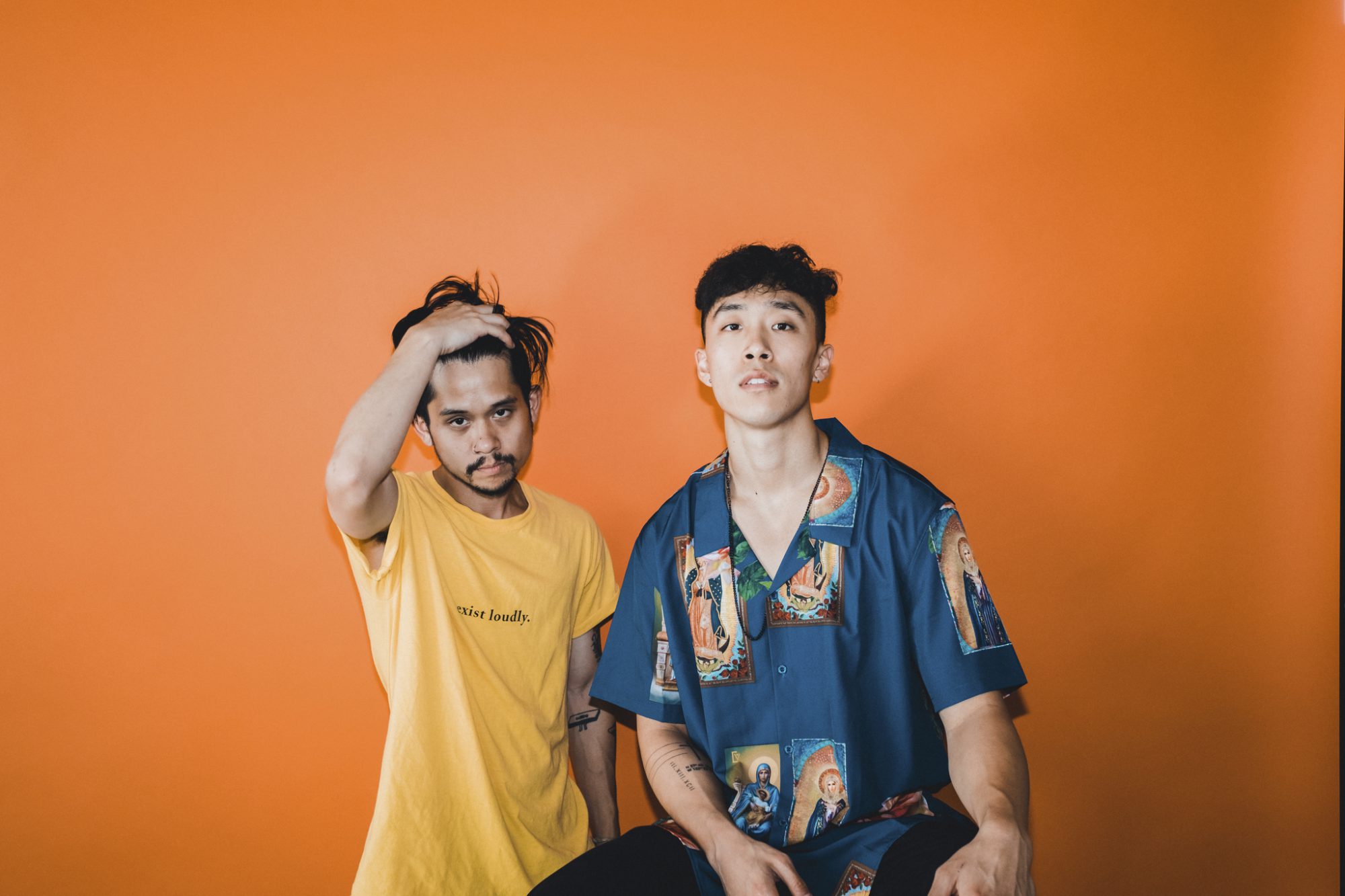 Are you ready to take a trip to The Free World with ARMNHMR? Their debut album is a fantastic offering of melodic bass you need to listen to!

LA-based duo Joseph Chung and Joseph Abella, better known as ARMNHMR, have become renowned for their scorching tracks such as “Fallen” and “Need You” where they showed off their unique style. Now, they are back with a vengeance and have released the first album of their career, The Free World.

Despite their clean name, these two have been producing some of the filthiest drops in the game since 2015 and this new album is nothing less than a testament to that. It is clear that they’ve mastered the art of soaring melodic intros, dynamic breakdowns, and hefty buildups and drops leaving listeners with goosebumps all over.

The new album takes listeners on a voyage through The Free World and explores emotions including love, heartbreak, and loneliness. ARMNHMR paint vividly beautiful soundscapes with their soaring melodies, emotive lyrics, and heart-pounding chord structures across the 13 tracks on the album. Out now on Dim Mak, this is one that fans of melodic bass will surely fall in love with.

Listen to The Free world below or on your favorite platform and read on to check out my take on this colossal release below.

ARMNHMR wastes absolutely no time as they put two of the hardest tracks on the album up first: “Forever Young” and “Bulletproof.”

Both of these songs are drenched with emotion and energy. “Forever Young” features an artist all melodic bass fans should be familiar with: Melanie Fontana. She adds an outstanding amount of force and vigor into this track as her voice carries us through the verse in a cinematic intro, before dumping us into the drop.

Then, the music halts, she takes an audible breath, and a wall of chords and bass punch through the track as her voice takes us on a rollercoaster of emotion. She does some impressive vocal runs throughout the chorus, and belts out lyrics of being young forever, and “never getting old” during the verse. The ending of the song left me in awe, feeling as if I’d just got finished with an amusement park ride.

There is not a vocalist listed for “Bulletproof” but whoever she might be, her range is impressive and makes the song so incredibly exciting to listen to. The drop has a few grimy sounds at the beginning of it making the eventual wall of chords even more intense. The “what doesn’t kill me only make me stronger” motif carries through the song as she talks about being bulletproof after a breakup. This is is undoubtedly my favorite off the album due to the sheer extreme amount of sound incorporated throughout the track.

Nevve says to “put your phone down” on “Here with You.”

ARMNHMR continues the journey throughout love and heartbreak with this 21st-century smasher, “Here With You.” Nevve explicitly talks about taking a break from technology and social media to focus on what’s really important. Thanks to her incredible voice, the song is dripping with feeling and intensity and I feel this track is one of the more unique ones with a solid breakdown in the middle, the impressive intro, and outro.

ARMNHMR introduces a more upbeat, poppy sound with tracks “Without You,” “Hundred To Zero,” and “Save You Now.”

Adding to their talent and versatility, there are three tracks on this album that evokes a much more poppy, feel-good type of vibe. “Without You” sounds kin to The Chainsmokers sound, with its guitar lead intro, strong male vocalist, and laid back BPM. “Hundred To Zero” is probably the strongest track on the album vocal-wise, despite the vocalist actually not being listed. The vocals are very strong and lead into a much more upbeat kick, and eventually a drop with a big room trance type of feel.

“Save You Now (feat. Rico & Miella)” comes a bit later in the album but gives the same feel type of feel. When I listen to the track and I feel that it’s something Jason Ross could drop in one of his sets, considering the BPM and the overarching high lead in the drop.

“I Don’t Know You” has a huge arena feel as ARMNHMR team up with Luma for another unique track.

My favorite part about “I Don’t Know You” is the live snare sound used in the drop and the soaring soundbites within the chorus and verses really give it a euphoric feeling. The emphasis on reverb on the leads also makes this a very dreamy piece of work, as the lyrics talk about losing a lover and no longer knowing them like before.

The duo also gets listeners lost in their own emotions with tracks like “The Universe Is Yours,” “I’ll Be Fine,” and “Infinite.”

On “The Universe Is Yours,” Michah Martin provides the vocals to add some extra emotion to the mix. “I’ll Be Fine” has multiple moments that speeds up the tempo to a proper rock beat and percussions, and another live snare sound is used for the drop as well. “Give You My Heart” has a more somber tone and vocalist Brody adds to that emo “sadboi” motif of the track. Saint Slumber belts out “On & On” as the uplifting melody back the lyrics centered around falling in love, and “Infinite” is actually the last song of the album which is perfectly placed as it talks about a love that is endless.

“Let Light Out” and previously single “Silver Lining” shine a more uplifting light onto the record.

Both of these tracks blew me away in terms of production value. “Let Light Out” features Sunnie Williams and after hearing this song I’m excited to hear more from her. On this song, we’re back to that power vocal/wall of sound in the drop, but honestly, I can’t get enough of it.

“Silver Lining” quickly became a favorite track of mine after I heard it a few months back. I’m an absolute sucker for Karra‘s spectacular vocals and her powerful voice takes us through the intro and into the first drop. Undoubtedly my favorite part of the track is when she hits the high note (twice) in the song during the buildup and drop giving the track incredibly strength. This is definitely a top track on the album and one stands out as a uniquely produced and eccentric style that ARMNHMR has crafted and mastered.

Having finished this fantastic release, ARMNHMR has proven to be a force to be reckoned with in the melodic bass movement.

The album is well-crafted and beautifully made with dynamic vocals, strong power chords, and bone-chilling drops that make this album one that stands out amongst the rest out there. Throughout listening, I definitely felt myself going through somewhat of a wild ride with ups and downs, accelerations and decelerations, intense and mild moments. ARMNHMR has exemplified some great artistry here and I’m sure everyone is just as excited as I am to see what’s next. 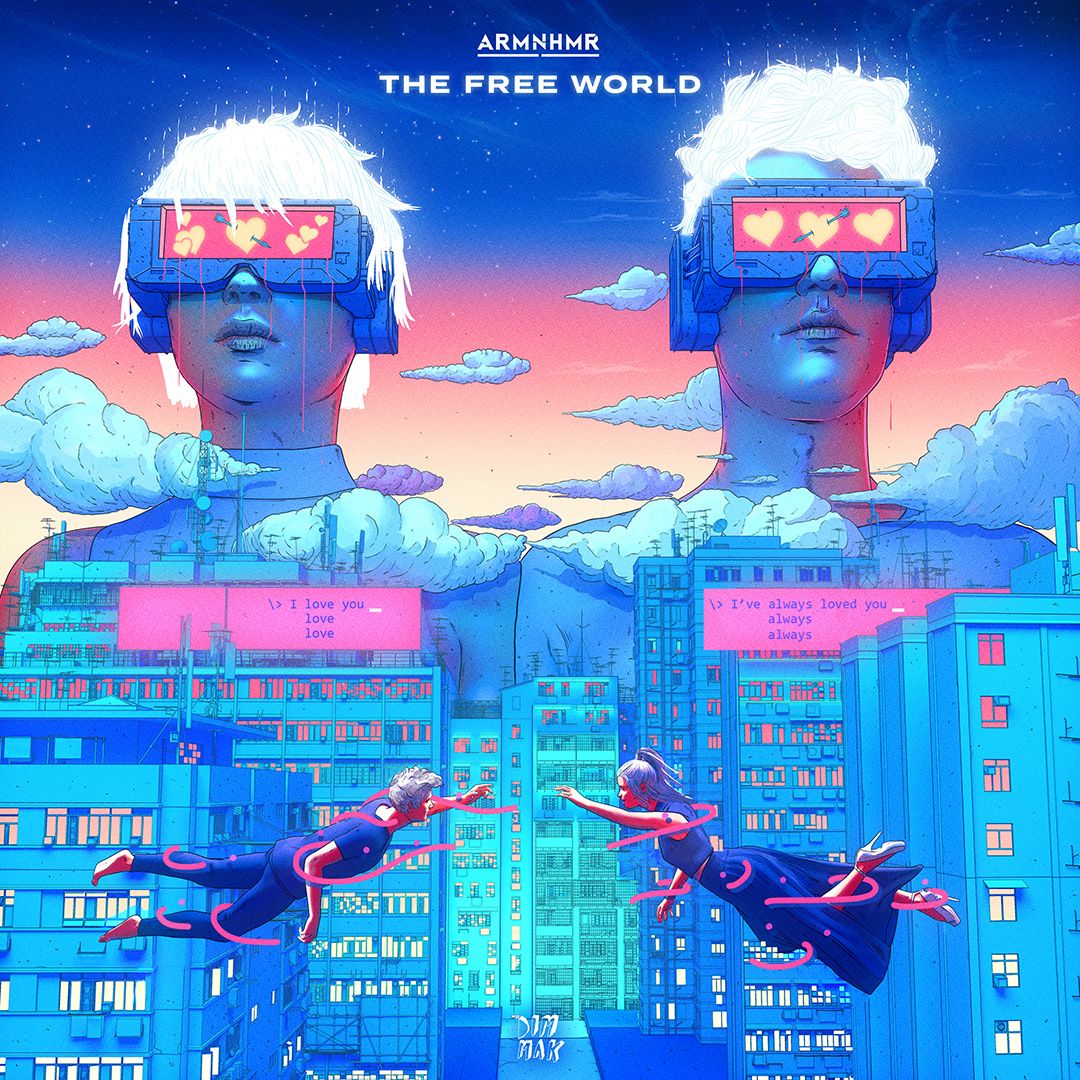