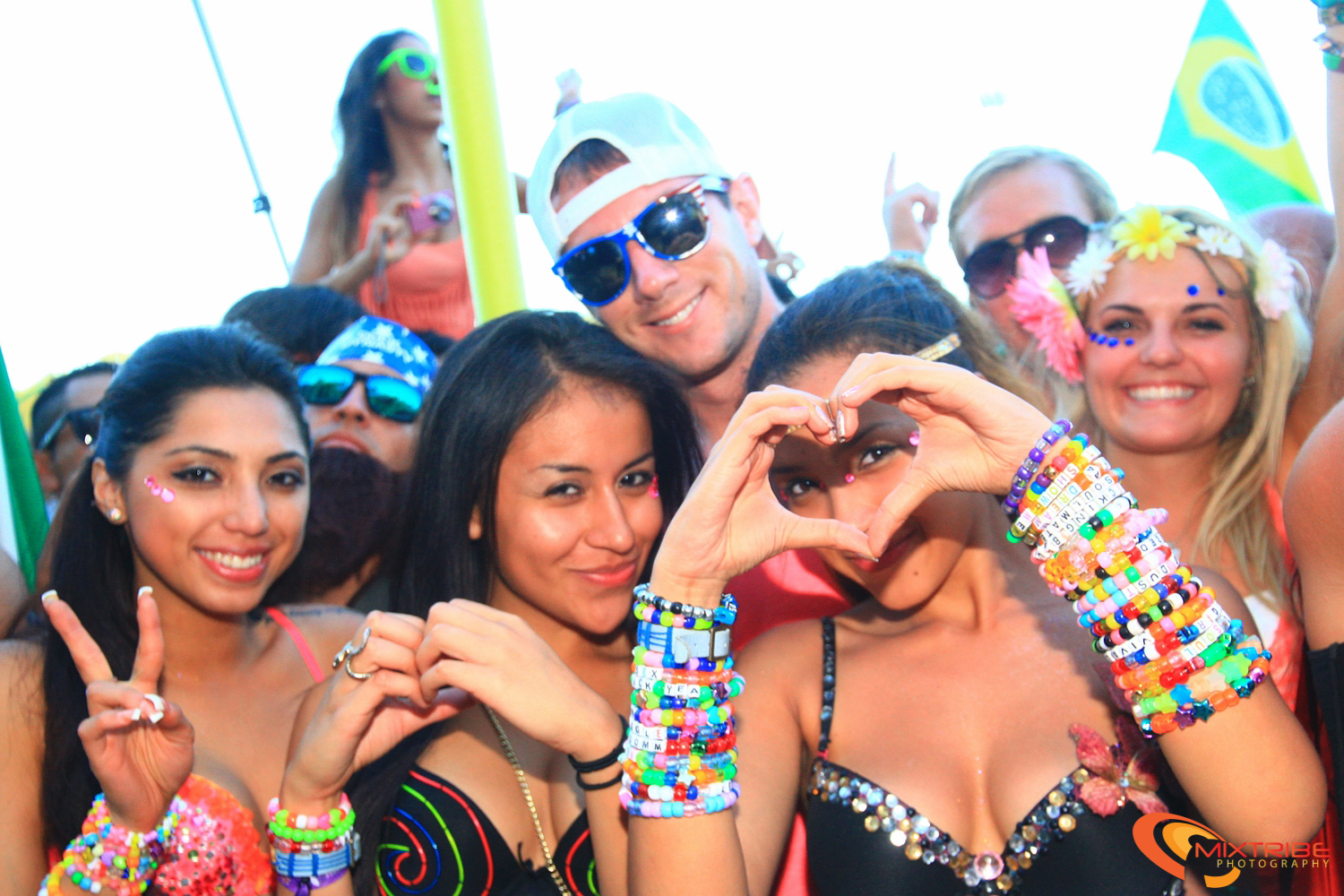 PLUR (Peace, Love, Unity, Respect) – most ravers know this mantra and try to embody it, but why is it important and what does it look like on the dancefloor?

If you’re a reader here or have attended raves in the past you probably know about PLUR or have at least heard about it more than once. But do you know what it really means? Do you know about its origins and evolution of how it is seen today?

PLUR is a behavioral and ethical guide for ravers and clubbers that grew out of a desire to be a safe and inclusive community. The term as we know it today began as the Peace Love Unity Movement (PLUM) that was started by Frankie Bones in 1990. Then after the movement was fully established and after a fight at Storm Rave in 1993, Respect was added and PLUR was born. From there, it became the mantra of the scene and found its way to reach from coast to coast.

The bottom line is that every raver and festival-goer should be approaching all engagements in the tenants of PLUR. This is one reason why the scene is so inviting to misfits everywhere – the mantra implores us to share music and movement together. It assures that those who feel as though they are without a home can find one on the dance floor.

PLUR is such an important ethos to me that it is the basis of my one and only tattoo, and while I didn’t know it at the time I was part of the scene when the mantra was just becoming a movement. Many have questioned if PLUR is still a driving force in the culture and what’s happening to it in the era of social media, but what follows is an example of how it is still something that anyone can follow to this day.

At a warehouse party in Brooklyn, the spirit of PLUR was alive and well.

It was a local lineup with a very friendly, inclusive crowd made up almost entirely of locals and frequent faces in the scene. For the entirety of this show, I was at or near the very front. As people came and went, the “front crew” bonded over the course of the night and I felt like I knew everyone around me, yet, in fact, I only knew one other person by name.

The feeling of unity of the dance floor brought us all closer together and created a vibe that I can feel to this day. Everyone was dancing together, having a great time, and watching out for each other too.

Small acts of kindness are one of the best ways you can help spread PLUR vibes.

As someone who is on the taller side of the spectrum, it is hard to not be aware of my surroundings. At one point two women were dancing behind me who were quite a bit shorter, so when space opened up around me, I moved into it and motioned them forward so I could move behind them.

Offering that spot up at the front so they could see the artist playing was met with immediate gratitude. It was a small gesture on my part but something that hopefully made their night more memorable.

I always give back to the community whenever possible and help other ravers out.

Hearing loss prevention is a topic that is near and dear to my heart, so I always carry extra foam earplugs to hand out in case someone needs them. Lo and behold at the warehouse that night was a woman next to me with her fingers in her ears and clearly uncomfortable. Without hesitation I handed her a pair, she put them on, and I received a big, appreciative hug in return.

I also know how hot it can get inside those warehouse parties, so a hand fan is an item that I’ll always bring with me whenever I head to one. (I use these for fanning, not clacking, of course!) Despite the venue that this particular rave was at having a high ceiling and open sections outdoors, it was definitely steamier than most would like inside so some cooled air was appreciated by my group and others at the rave.

Just because you’re a PLUR practitioner doesn’t mean you can’t stand up for others either.

While I wish we’d never encounter negative or aggressive people in the scene, it is something that can and will happen. But if you practice PLUR then you should always stick up for others in the scene who are experiencing those bad vibes and do your best to bring peace and love to the situation.

For instance, at one point during the event, three women were dancing near us and two drunk dudes started harassing them. I verified that this attention was not wanted and then carefully worked my way in between the guys and the women to help block them out. The guys were pissed and started shouting and for the briefest moment, I felt a sense of danger knowing that they might get violent.

Almost immediately the crew that I had bonded with earlier in the night acknowledged that they were aware of the situation by saying things like “we got you,” and “nice move, man.” They helped signal that they had my back and that put me at ease, even after the guys returned in a stupor and continued to harass others. This led to security getting involved (who were incredibly helpful in removing them) but from then on everyone continued to dance uninterrupted and we all had a great time the rest of the night.

Let’s all remember this story as a way to make our world a better place by spreading the PLUR far and wide – one small moment at a time.

Through those small actions that I made that night, I was able to help others have an amazing one and helped turn a bad situation into one that was positive. In return, I felt so much love from others in the crowd around me all night long and it helped solidify in my mind that PLUR is the mantra that is for me.

Make sure to always look out for each other on the dance floor and in life in general. We’re stronger together out there!

What’s your story? What does PLUR mean to you? Comment below!