Has PLUR Become A Casualty On The Social Media Battlefield? 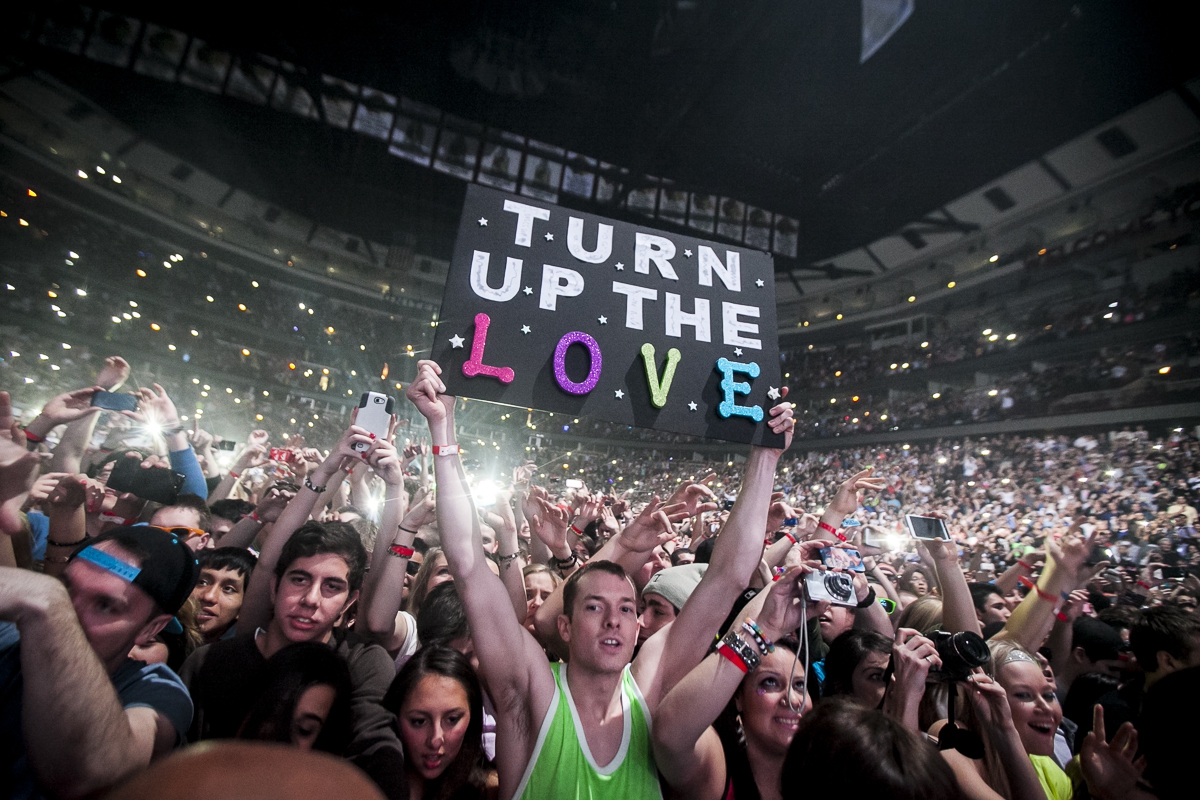 As a passionate and active member of the electronic dance music community, every once in a while there are some issues that pop up that I simply cannot ignore. When these issues threaten the very foundation that our beloved scene was built on, I refuse to stay silent. With the explosion of social media and as our community grows larger by the minute, I have become aware of a very visible shift in attitudes and values of the scene. When it comes to our daily interactions with fellow members of our dance community, PLUR seems to be losing steam. Eventually, if we don’t do something about it, the very core of our rave lifestyle will be lost forever.

A Brief History Of PLUR:

Born on the streets of Brooklyn in 1990, the concept of PLUM (Peace, Love, Unity Movement) emerged as legendary DJ/producer Frankie Bones wanted nothing more than for people to simply come together to celebrate life, love, and music without fear of judgment, harassment, or negativity. Respect was later added to the credo after the movement went into full swing, when a fateful fight would spur the need for this particular value to be added. Frankie Bones wanted to grab the community’s attention with this movement in the hopes of igniting an understanding that when individuals attended his raves they knew that they would be entering a world where attitudes were checked at the door and an atmosphere of peace, love, unity, and respect would be encouraged through music and infectious good vibes. If you were struggling, this was a place you could escape to and let it all go. If you were sad or depressed, it was a place you could go to and be lifted up through dance. If you felt like you didn’t fit in, it was a place that you could meet people who wouldn’t judge you or put you down. The rave was a safe haven; a beautiful counterculture for kids looking for acceptance, excitement, and camaraderie.

Since its extraordinary beginnings, PLUR has become synonymous with the rave scene and has blossomed into a beautiful manifesto. In a time where raves were looked down upon as havens for drug use, sex, and underage partying, PLUR was a credo that was celebrated as a lifestyle, shedding a positive light on a community that was incredibly misunderstood. For many years and still to this day, where there is a rave, there is PLUR. This is something that I can honestly say hasn’t changed much even though raves have emerged from the underground and found a place in the mainstream. When attending electronic dance music events and festivals, I believe that PLUR remains strongly intact…at least for now. I have watched fellow dance music enthusiasts hugging strangers, taking care of someone who has fallen ill, trading kandi with a new friend, and respecting each other’s individuality. No fighting, just love and smiles. Yes, PLUR is still very much alive at events and festivals. But, for some reason, enter the wild world of social media and there is a much different tone when it comes to the PLUR lifestyle. In some cases, it seems to have disappeared completely. This is a major problem that we need to take a hard look at if we are to continue to keep the true rave lifestyle alive.

Check out our in-depth interview with Frankie Bones by clicking here!

Why Is PLUR Fading Away On Social Media Platforms?

The almighty opinion, it is defined as a view or judgment formed about something, not necessarily based on fact or knowledge. We as human beings all have opinions. The opinion helps to separate us as people and gives us each a unique identity that we form out of our own personal likes, dislikes, feelings, beliefs, ideas, morals, and values. When understood and used correctly, the opinion can help stir positive and productive conversation and debate. Used incorrectly and the opinion can stir up feelings of frustration, narcissism, and hate. It can also be used as a weapon for bullying, igniting a herd mentality that some believe is encouraged by our social environment, ultimately unleashing a full-on attack on the person with an unpopular opinion. In other words, herd mentality, or mob mentality, describes how people are influenced by their peers to adopt certain behaviors. The idea of a “group mind” or “mob behavior” was first put forward by 19th Century, French social psychologists Gabriel Tarde and Gustave Le Bon. It has even been studied by Sigmund Freud and Wilfred Trotter, whose book Instincts of the Herd in Peace and War is a classic in the field of social psychology.

Being involved in social media for multiple years now, I have seen the herd mentality at its absolute worst when it comes to popular and unpopular opinion. Especially among the music and festival community socials, this mentality seems to take over. We have all seen these types of conversations, someone makes a post about a controversial artist they are really vibing with and boom, the firestorm begins. Suddenly, everyone jumps in and a bully session takes flight. I have even seen some conversations go as far as the original poster receiving heated private messages about how stupid they are and how pathetic their taste in music is. It’s absolutely incredible to me how mean, we as human beings, can be when faced with opinions opposite from our own. I believe the problem may stem from the explosion of raving we saw around 2012. When it entered the mainstream, a new generation of EDM enthusiasts arrived to the community with a lack of knowledge when it comes to the scene’s roots. This lack of knowledge has created a new norm. A norm in which social media has become a battleground for pushing popular opinions on others and making people feel terrible about their own views and interests. Without getting back to basics and educating each other on the PLUR foundation set up by our forefathers, we are doomed to continue tearing away the most important elements that once set our community apart as one that is focused on acceptance, love, and individuality.

So, how do we as individuals in a growing EDM community come together and get back to the basics? I pose this challenge: When you come across a post in which you may take a different view-point on, think before you respond. It is absolutely necessary that we continue to have personal opinions and it is alright and healthy to voice your view on a topic and I encourage it. BUT, we need to do so in a way that is respectful and positive. Step back for a moment and let the PLUR manifesto run through your mind and then choose words that are not harmful or insulting.  For example, if someone makes a post about an artist that they absolutely love and are stoked on but you think is less than wonderful, instead of making fun of them perhaps you can add to the conversation who you may be stoked on. Maybe even begin a positive conversation about favorite artists and why you love them so much. Sometimes people simply hate an artist or genre based on popular opinion without knowing anything about it or them, many times without even listening to their music. That type of attitude is toxic.

The herd mentality is stronger than many even realize sometimes, and bucking the trend is difficult too. Keeping that in mind though, you may even end up changing your own opinion after actually listening to the reasons why someone follows a certain artist or genre. Conversely, if you feel strongly against a certain artist or genre based on experience, simply don’t get involved in the conversation at all. Move on to the next post and leave that post for others who are excited about the same topic. Additionally, if you see a thread that has turned into a bully session, jump in and add something positive! Stick up for the original poster and turn the tides on the discussion. Break the negative herd mentality with PLUR! 2017 is here and if we can all make a personal effort to keep PLUR alive in the new year going forward, I have no doubt that our scene will be forever remembered as one of the most peaceful and positive communities to ever grace the planet!