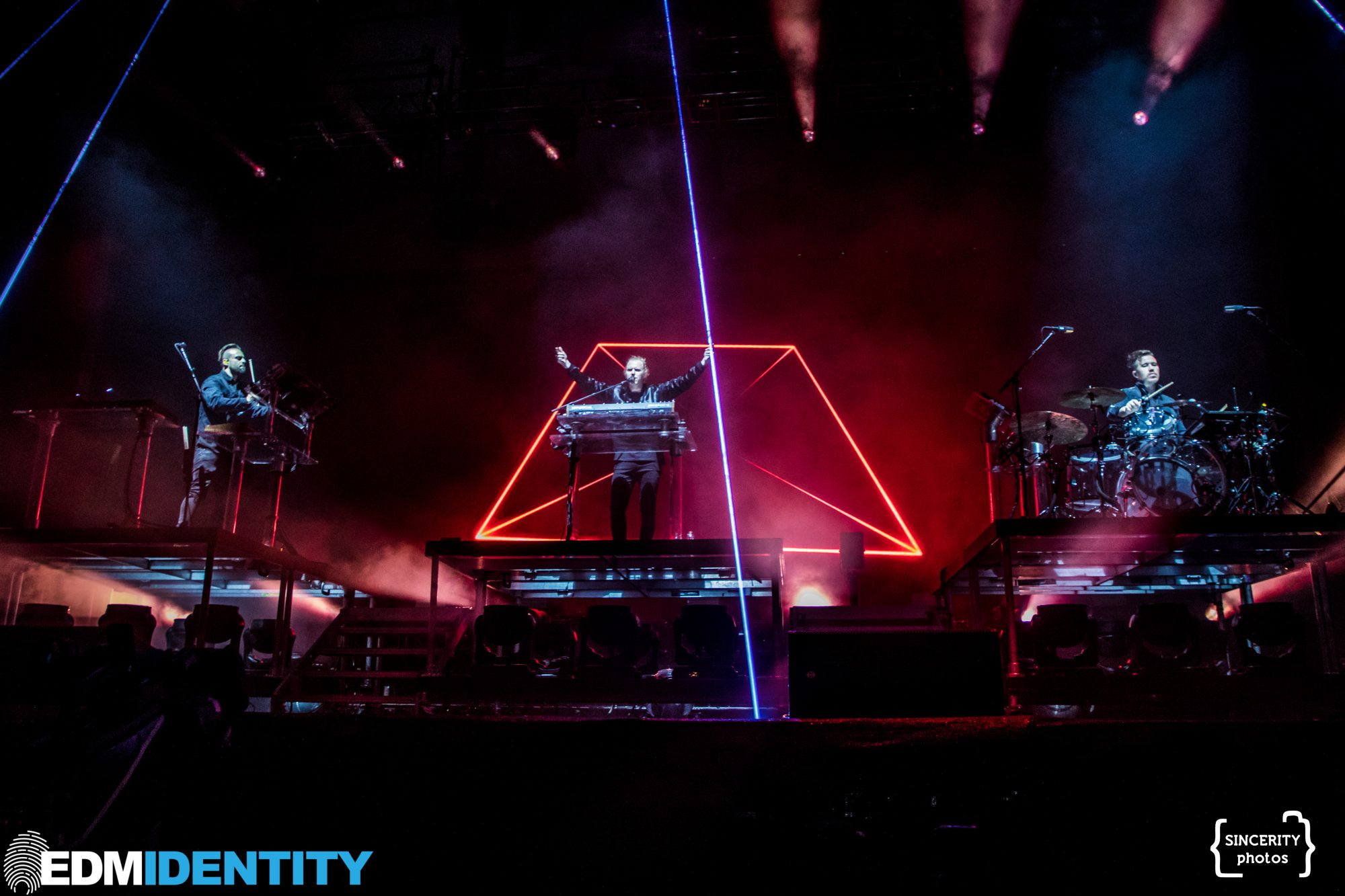 RÜFÜS DU SOL will return to the stage next year on their upcoming Americas Tour in cities like New Orleans and Austin. Will you be there?

This year was a monumental one for the beloved Aussie trio RÜFÜS DU SOL. Their SOLACE World Tour saw them take over iconic venues like the Brooklyn Mirage, Red Rocks Amphitheater, and even Los Angeles State Historic Park – their largest headline show to date with a whopping 21,000 attendees. Even though they may have just wrapped up the tour last month, 2019 isn’t quite over for them yet. They’ll be closing out the year at home in Australia, with sets at major festivals like Wildlands, Lost Paradise, and Beyond the Valley.

Now, with the new year on the horizon, they’ve returned with another exciting announcement for their fans across North America: the Americas Tour 2020. Set to kick off on January 31 with a DJ set at Igloofest in Montreal, Canada, RÜFÜS DU SOL will then traverse the continent with stops in 10 other major cities such as New Orleans and Austin. They’ll also be taking the stage at Okeechobee and M3F as well.

Related: Have you listened to RÜFÜS DU SOL’s 18-track SOLACE Remixed album? Check it out!

If you missed catching RÜFÜS DU SOL live during their SOLACE tour and are still kicking yourself for missing out, now’s your chance to redeem yourself! Make sure to snag your tickets starting Friday, November 8 at 10am local time through their website and check out the full list of dates below! 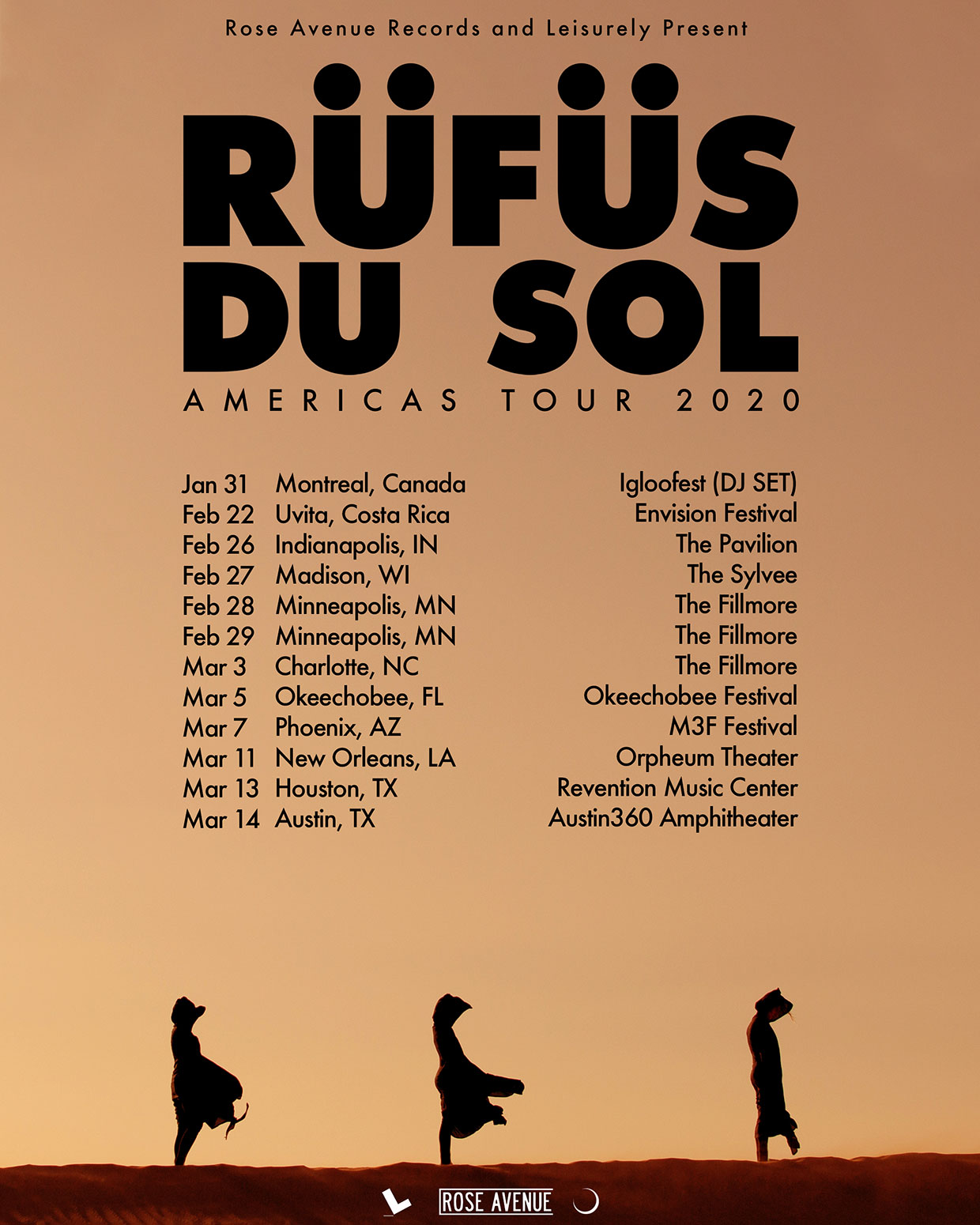 * indicates tickets are on sale now