Six Sets You Need to Catch at CRSSD Festival Fall 2019 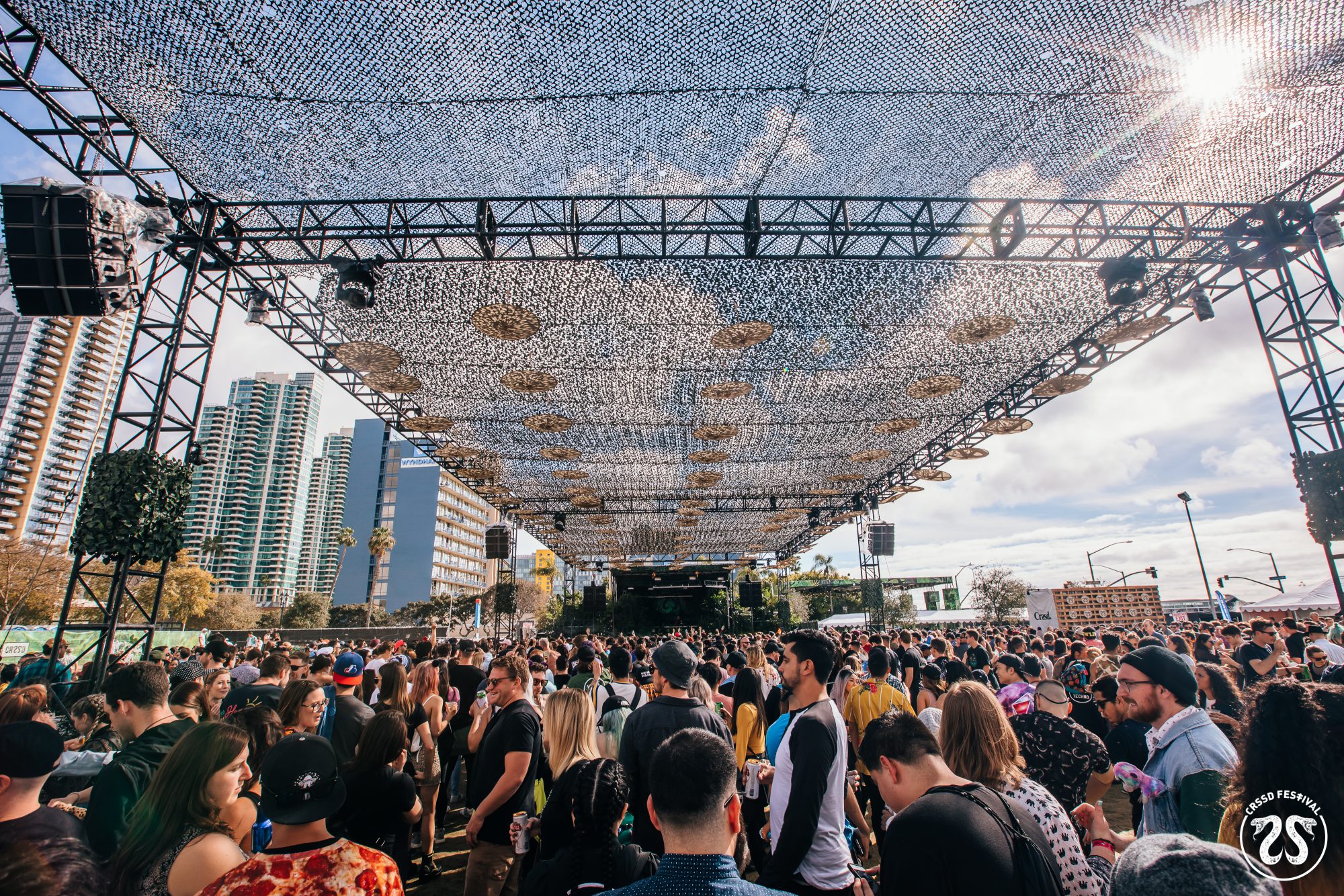 Can’t wait to dance at CRSSD Festival Fall this weekend? Get ready to get down by checking out some of our must-see artists!

With CRSSD Festival Fall less than a week away, we’re counting down the days until we get to boogie with our besties in Downtown San Diego. With a lineup as hot as this one, it can be difficult narrowing down which sets to see. From French electro duo Polo & Pan to melodic maestros Tinlicker, this weekend is bound to be a house and techno lover’s dream.

Related: Heading to CRSSD Festival Fall this weekend? Stay in the know with all the essential info including set times and more!

To get you ready to the fest, we’ve picked six artists whose sets we can’t wait to catch this weekend. Whether you’ve already got your whole weekend planned or are more of the “just winging it” type, read on for our top picks for CRSSD fall 2019! 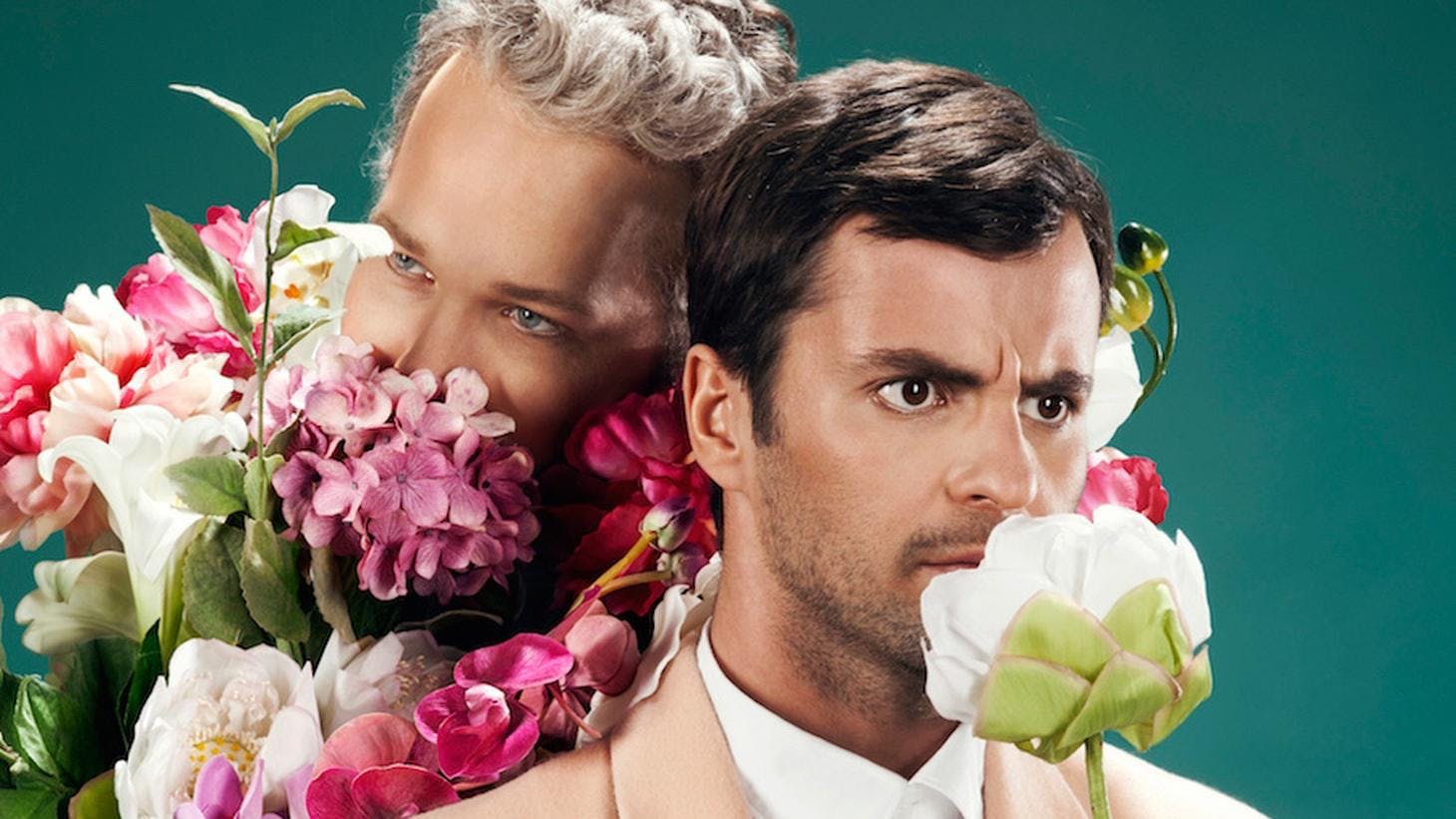 Masters of soul and funk, this Parisian duo draws from influences all over the globe to deliver their whimsical pop sound. Although most of their track’s lyrics are in French, you don’t need to be fluent to understand just how talented of producers these two are. Their dreamlike melodies have earned them a solid reputation even here in the states.

If their set at Coachella this past spring is of any indication, you’re not going to want to miss these two at CRSSD. Make sure to stop by to groove along to favorites like “Zoom Zoom” and “Canopée” and come the closest you could possibly get to European nightlife in San Diego.

If you’re a fan of all things Kaskade then we already know that you’ll be catching him play at CRSSD Festival Fall this year. What diehard follower of his wouldn’t want to witness a Redux set that will be timed perfectly with the stunning sunsets that the festival features as a backdrop.

For those who are new to the whole Redux experience though, let us dial you in on the details so you’re not taken by surprise. This won’t be your typical main stage Kaskade set that’s packed full of energetic buildups and drops that are meant to fill big spaces. Instead, Kaskade’s Redux sets are full of deeper, groovier cuts of his most popular tracks and originals created specifically for the series. 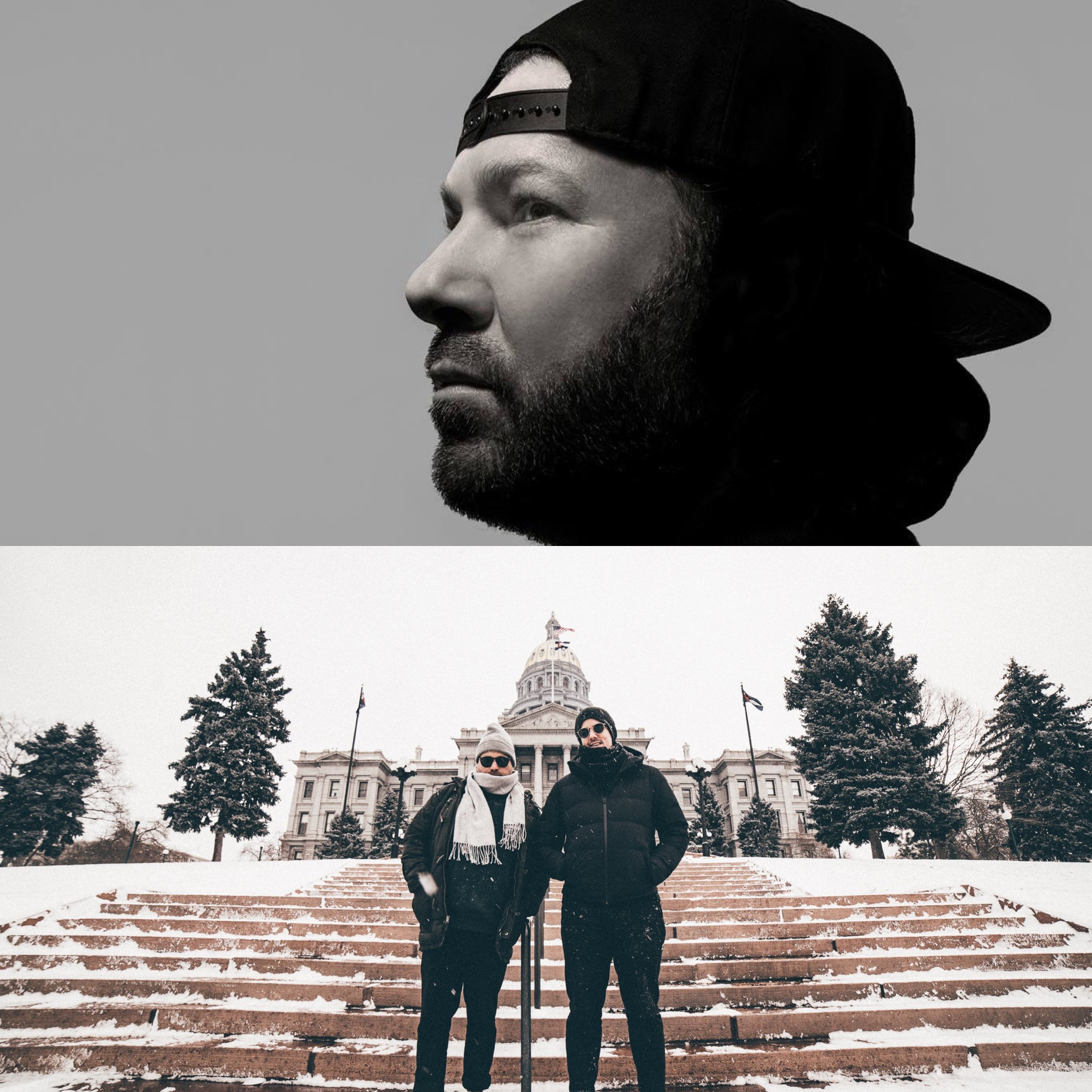 Shiba San is no stranger to the electronic music scene – with over a decade of experience under his belt and a slew of releases on labels ranging from Dirtybird to his own Basement Leak, it’s safe to say he knows how to put on a show. But throw New York natives Walker & Royce into the mix? Now that’s a set you’re not going to want to miss.

Walker & Royce have been captivating dance floors for several years now with banging basslines, catchy vocals, and a discography featuring impressive collabs with all-stars like Green Velvet, Chris Lake, Ardalan, and more. We have no doubt that their hard-hitting house sound will pair beautifully with Shiba San’s deep house stylings and are seriously looking forward to their set come Sunday.

One of the hottest imports coming to sunny San Diego straight from South Africa is none other than house music maestro Kyle Watson. Making a serious name for himself over the past few years with his releases on labels like This Ain’t Bristol and Dirtybird, he also is a founding member of the highly curated label Box of Cats that continues to bring the world some of the best beats in the scene.

Already making our feet move nonstop at festivals like HARD Summer earlier this season, there’s no doubt in our mind that his set at CRSSD Fall will be just as much fun. Kyle Watson’s tracks like “The Sample” and most recently “Safe” have kept us grooving away and coming back for more from him and he’ll be filling our prescription for a dose of his sound in San Diego this weekend. Whether you’re catching him at the festival or during the boat party with MK you surely won’t regret it! 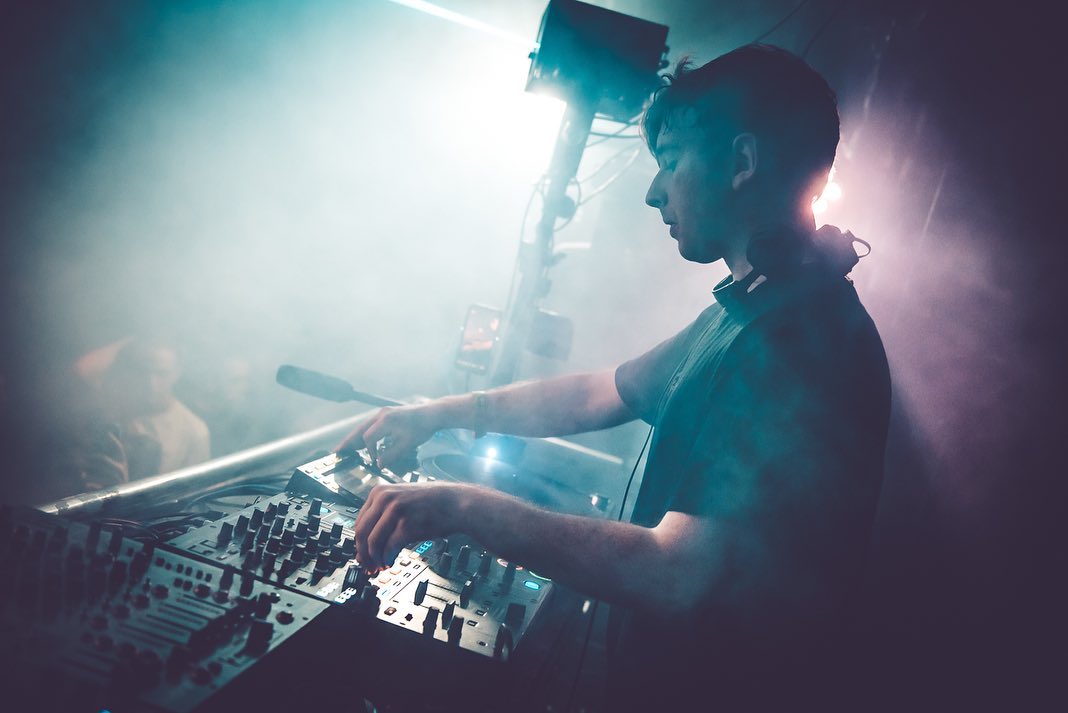 Irish house and techno artist Rebūke is bringing the 90’s back – in a big way. Drawing from fast-paced retro rave elements, he infuses old school flair with modern beats to create his own signature, hip-shaking sound. A chameleon of sorts, Rebūke’s ability to read a room is key to why his live performances are so special.

Listening to his past shows and mixes, it’s evident that he can alter his sound to fit the vibe of any space with ease. Stop by his set at the City Steps stage and get ready to get your blood pumping as you dance the afternoon away to hot releases like “The Pipe” and the track that first thrust him into the spotlight “Along Came Polly”. 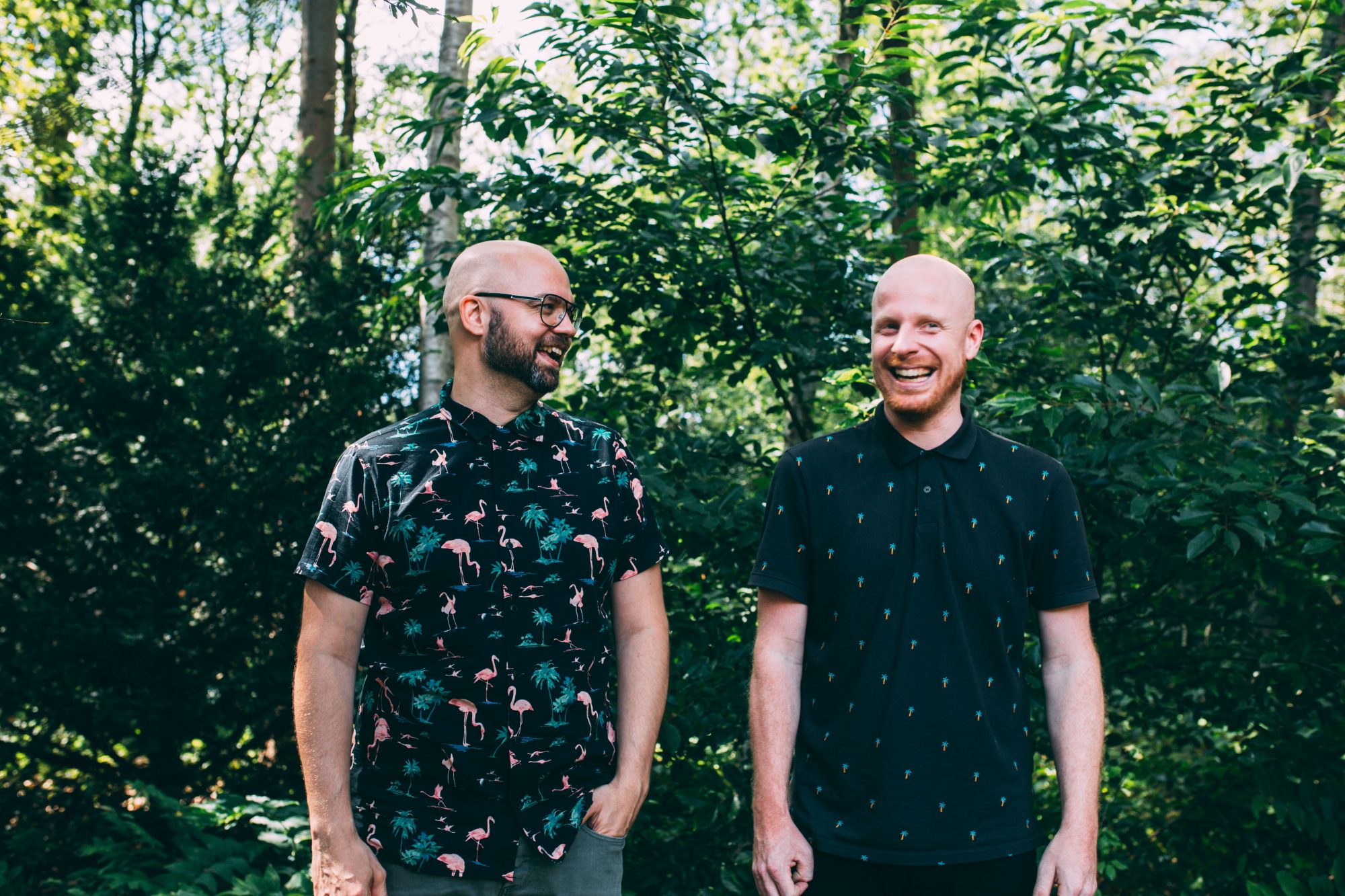 Rounding out this list is a duo that has been simply blowing us away with each release and every performance we play witness to Tinlicker. Rising quickly to the top of our playlists (and hearts) they have been churning out some absolutely amazing melodic music that has ranged from their About You EP on mau5trap to remixes of artists like Lane 8 and alt-j.

Tinlicker’s sets have been just as powerful as their releases as well, as they guide all who attend their sets through a sonic journey that will have you dancing away and in a state of pure bliss. CRSSD Festival Fall will be an extra special performance as well, as their album This is Not Our Universe is due out on Anjunabeats at the end of the week so there will be plenty of new music to groove out to as well. If you miss them at the festival itself don’t fret either, as they’ll be playing with UMEK at Rich’s on Sunday night during that after dark party!