The beginning of my EDM journey was marked by several influential artists, but Adventure Club was who inevitably stole my heart and made me fall in love with the genre. I was (and admittedly still am) an Adventure Club super-fan, keeping up with each track release and Superheroes Anonymous mix and uncontrollably sobbing the first time I saw them live in 2015. Over the years I’ve watched their sound diversify and their fanbase grow as they’ve remastered their individual sonic palate and collaborated with a plethora of artists. Now, the bass duo has teamed up with artist Said The Sky for “Already Know”.

In the past, Said The Sky has described his sound as “sadboi.” A whimsical blend of melodic and future bass, this budding subgenre has been spearheaded by artists such as ILLENIUM, Dabin, and several others. “Already Know” falls perfectly into that emotional sector while still having an immense power to it. Pairing feather-light vocals with delicate chimes and sentimental waves of future bass, this beautiful collab captures the unique sounds of both artist groups.

I personally love that the tune reminds me of Adventure Club’s earlier sonic ventures, with “Limitless” being the first that comes to mind. With heavy bass becoming a steadily popular genre, a softer take on the subgenre is the refreshing change-up that my and many other playlists need. If you’re in need of a good cry and an emotional release, stream or download “Already Know” on your favorite platform today!

Connect with Said The Sky on Social Media: 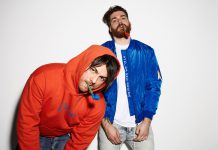 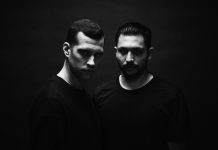 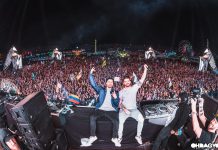