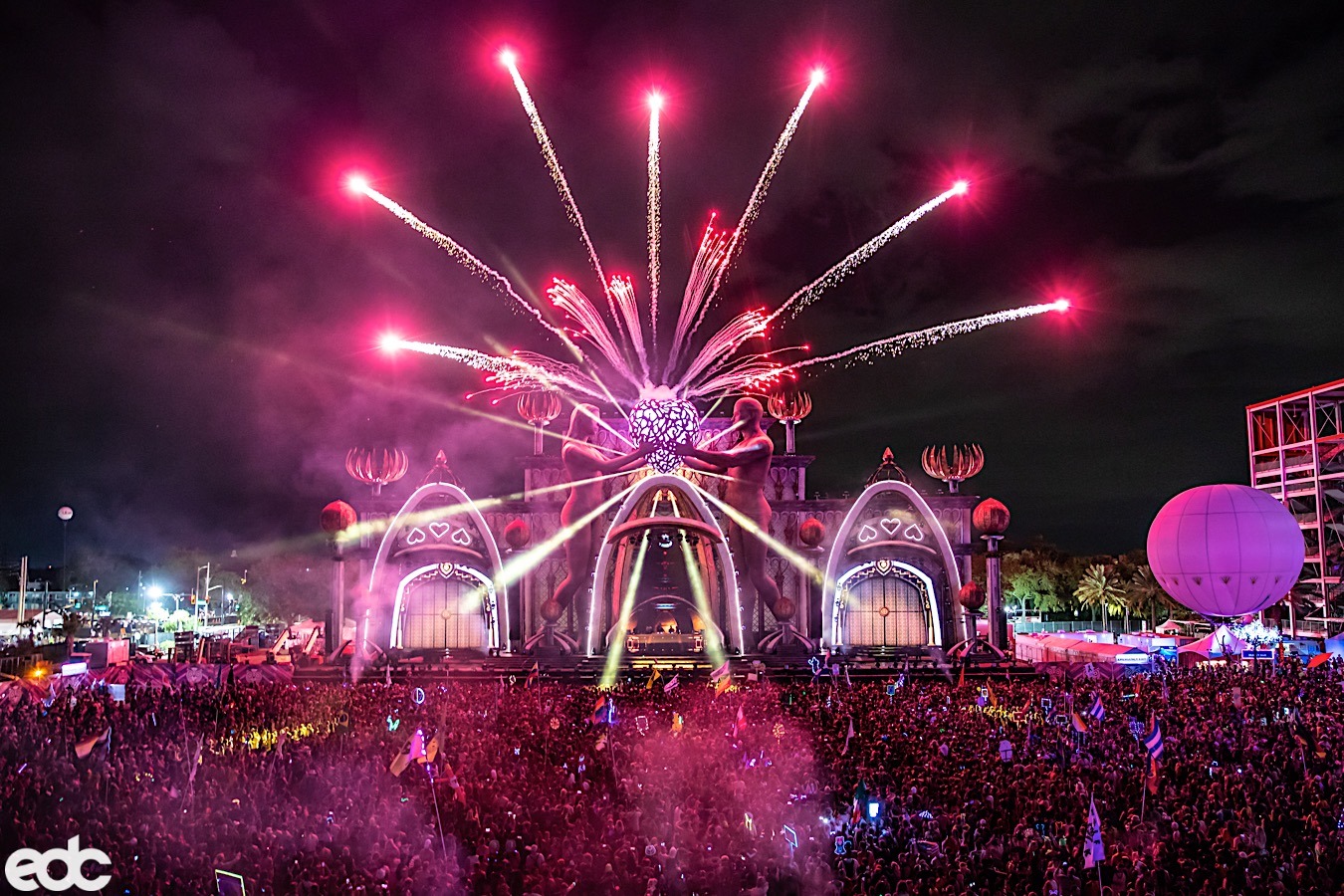 For the first time ever, Pasquale Rotella will be revealing the lineup for EDC Orlando through a Music Through Music edition of Night Owl Radio.

If you’ve been paying attention to the lineup reveals from EDC Las Vegas over the past few years then you will know just how much Pasquale Rotella loves his Music Through Music lineup reveals. Delivering the artists on the lineup broken down by mixes for each stage, he guides listeners along with a quick taste of the sounds featured at the festival. Now, for the first time ever, he’ll be unveiling the lineup for EDC Orlando in a similar fashion.

The excitement for EDC Orlando has been steadily growing since it was announced that the festival would be expanding from two to three full days of electronic beats and wild production elements. Releasing tickets for some Lucky Owls who jumped on grabbing them early, headliners have been patiently waiting for the news they really want, the lineup. Mark your calendars for Thursday, August 15 at 6pm ET/3pm PT because that’s when it will be broadcast online.

Related: Haven’t attended the festival before and want to know what EDC Orlando is like? Check out our review from last year’s edition!

The Music Through Music lineup reveal will feature 80 tracks over a 23-minute runtime, so that means there will be 80 artists on the lineup itself. Tune in to the show by heading over to the EDC Orlando Facebook Page and bookmark this page as we’ll be teaming up and posting updates live as well for those who are stuck at work and unable to listen in live!

Join us on the r/ElectricDaisyCarnival Discord to live chat with us while we identify the artists playing this year, and stay tuned for live updates that will be coming in on Thursday!

Listen to the EDC Orlando 2019 Lineup Reveal on Facebook: 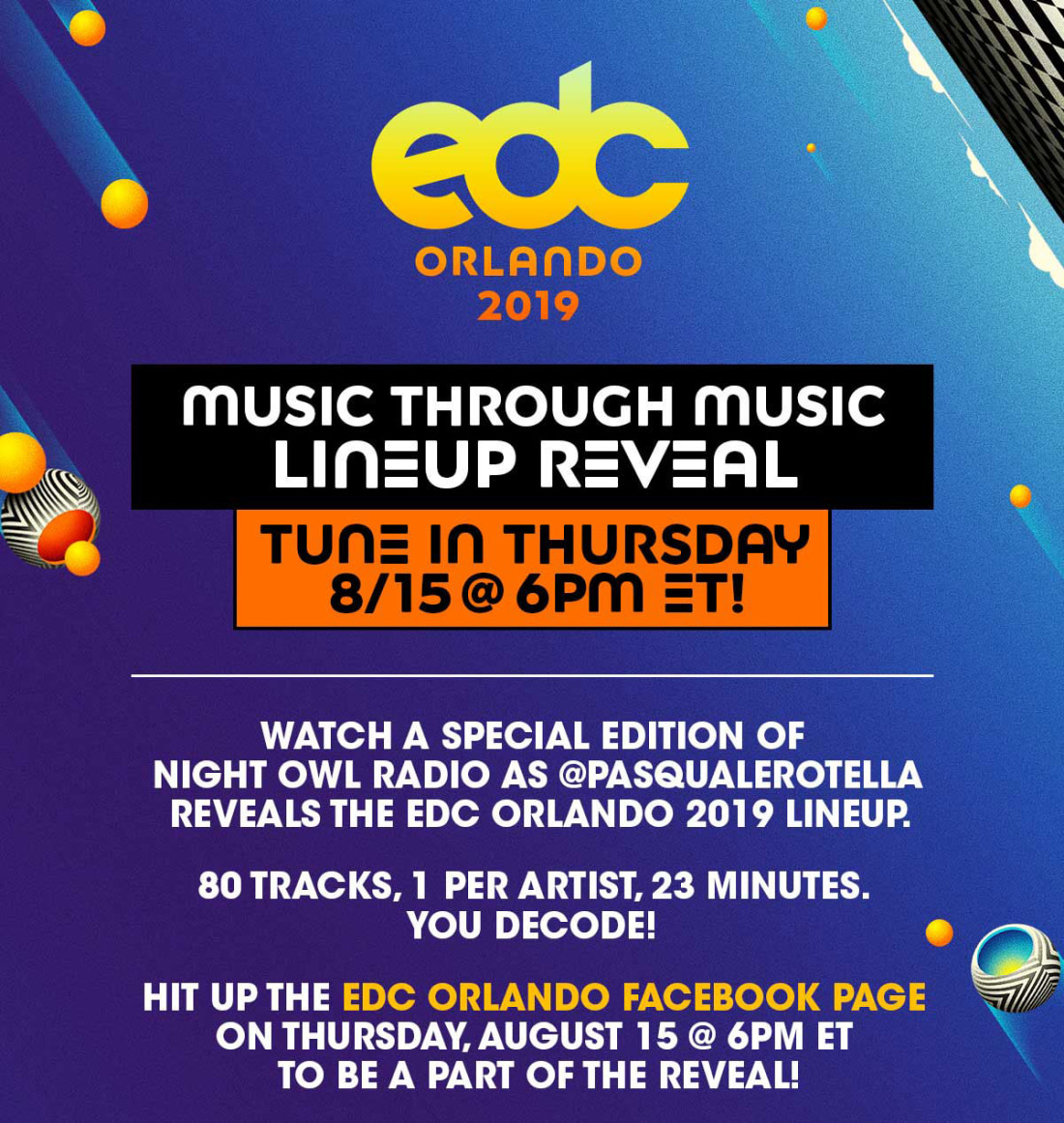 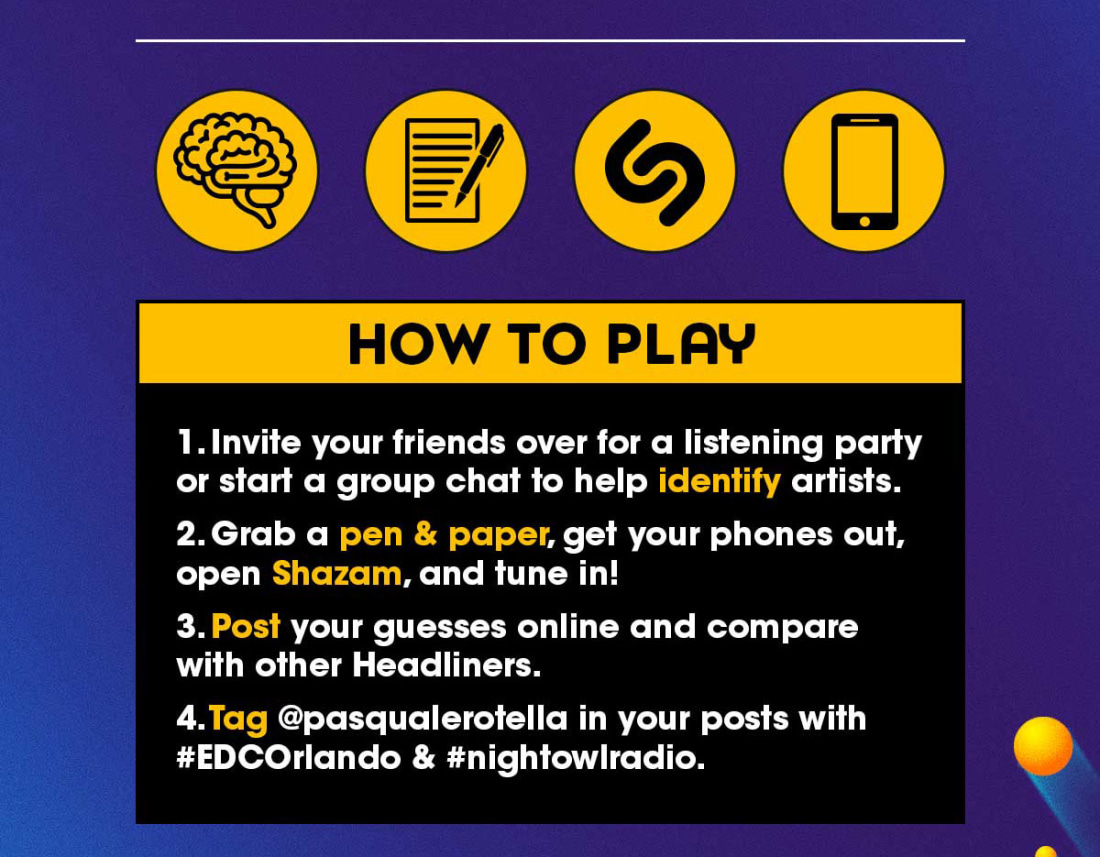