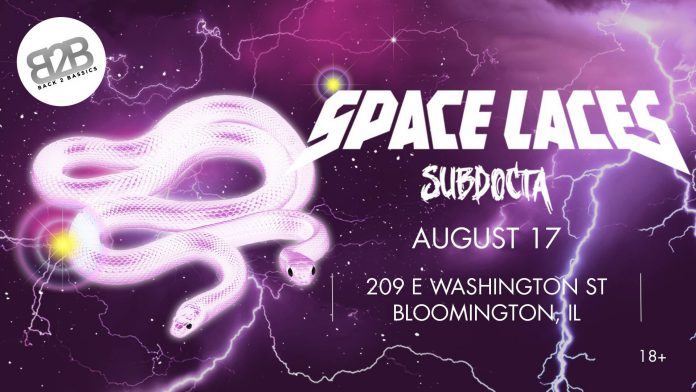 Space Laces and SubDocta are coming to The Castle Theatre in Bloomington, Illinois in a brand new event series by Home Music Productions & Back 2 Bassics!

Have you been anticipating Space Laces’ and SubDocta‘s return to the Midwest like us? Look no further than Space Laces & SubDocta at the Castle Theatre in Bloomington, Illinois coming up on August 17! This event is part of an ongoing series from Chicago based companies Home Music Productions and Back 2 Bassics. Conveniently located about two and half hours from Chicago, St. Louis, and Indianapolis, these shows are sure to attract passionate bass music fans from all around the region.

Based out of Reno, Nevada, SubDocta instantly became a force to be reckoned with in the dubstep scene after he self-released “2009 Was Tight” in 2017. The track shows off his unique style of bass music, which is heavily influenced by early dubstep with a modern twist. His most recent EP, Swonkle, was released in July in anticipation of his upcoming appearances at Lost Lands and Freaky Deaky.

Headlining the night will be Space Laces, a true icon in the dubstep world. Whether you know him from his collaborations with Destroid or his debut Never Say Die EP, Overdrive, Space Laces has been an integral part of the dubstep scene for years. After closing out the main stage at Lost Lands 2017, Space Laces has been touring and releasing more music than ever before, and his unique style of dubstep truly stands out.

Tickets to both shows can be purchased now, and we’re hosting a contest to win two tickets and a meet and greet with SubDocta ahead of the show!

Enter to win two tickets to the show and a meet and greet with SubDocta!

Win a Pair of Tickets to Space Laces & SubDocta at Castle Theatre and Hang Out With SubDocta Before the Show! 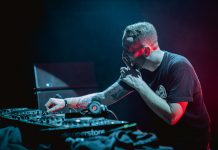 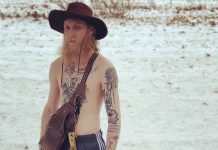 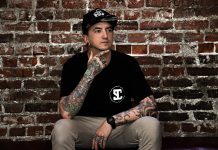