Electric Zoo has often been known for its eclectic and crowd-pleasing lineups, and this year is no different. Expect a diverse range of talent from deep house, dubstep, trance, techno, and future bass, along with a lot of tough decisions on who you’d like to see (luckily this shouldn’t be a problem with stages being only a few minutes walk from each other).

Stage hosts include Brownies & Lemonade, who will be taking over the Riverside Stage on Friday, August 30 with the likes of Getter, 4B, Peekaboo, and more. On Sunday, September 1,  Riverside Stage will house Seven Lions Presents Ophelia, featuring Jason Ross, Kill the Noise, Said the Sky, and more; while at The Hilltop Arena NGHTMRE & Slander Present Gud Vibrations will showcase a lineup hand-picked by the two artists, including Wave Dash, Kavion, and Yako. Throughout the weekend the ALL MY FRIENDS stage, curated by DESTRUCTO, welcomes Malaa, CamelPhat, a b2b from Volac and Phlegmatic Dogs, and Solardo among others.

As expected, EZoo’s main stage will feature industry MVPs including performances by Above & Beyond, Skrillex and Boys Noize’s notorious duo Dog Blood, and Eric Prydz. Prydz will return on Saturday night for a second performance (we’re not worthy), with his Pryda Arena featuring also Joris Voorn, Yotto, and a live set from Ben Böhmer.

In its eleventh year, EZoo is better than ever. Tickets are still available but prices increase on Monday, July 15. It’s also the last chance to pay with a payment plan, so get ’em while they’re hot. 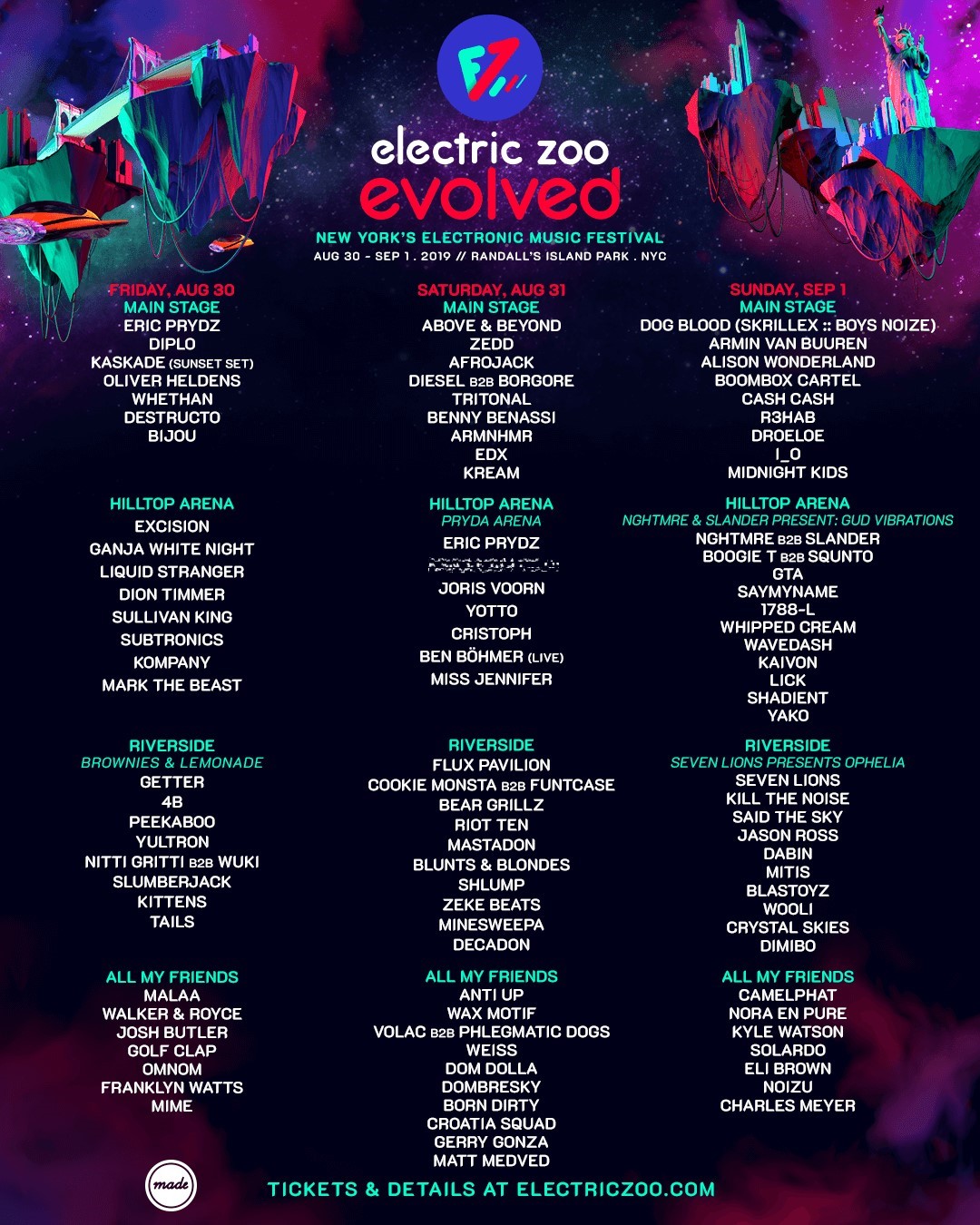 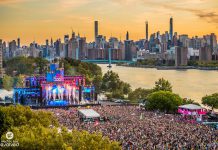 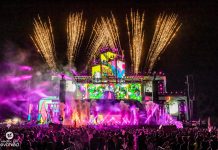 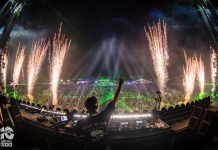