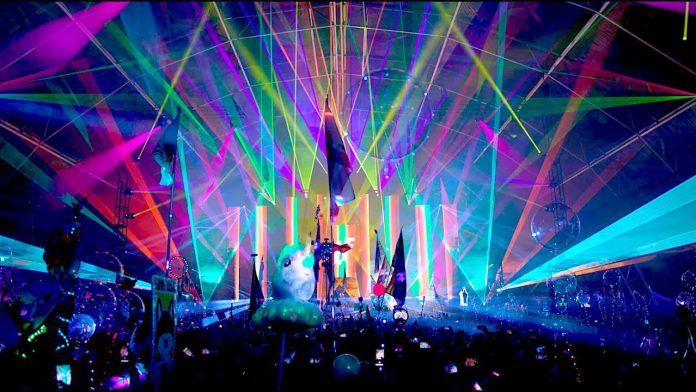 Gareth Emery and Anthony Garcia are heading back to the Big Apple for another jaw-dropping edition of Laserface featuring special guests and more!

For over a year, Gareth Emery and laser genius Anthony Garcia toured around North America bringing their phenomenal Laserface show to cities like Vancouver, Las Vegas, Seattle, Miami, San Francisco, and San Bernardino. The first Laserface event took place in New York’s famous Terminal 5 back in 2017 and now the team plans to return to NYC for another edition on May 31 at The Brooklyn Mirage.

Prepare yourself to experience some new music and even more lasers than the previous installment as they’re set to bring “cutting edge new technologies that are exclusive to the show.” Other than lots of lasers, opening acts were also announced for the show! Standerwick, Alastor, Adam Scott, and Mike Saint-Jules will be warming up the crowd at Laserface NYC.

There are some familiar names on the lineup that stuck out to me from tracks I love: Standerwick with “Saving Light” and Alastor with “Hands”. Standerwick’s passion for trance comes out during his sets and I expect a high energy set to wake up the crowd. While I have yet to see Alastor perform, he is known for progressive sounds that focuses on drums, percussion, and FX.

Additionally, Mike Saint-Jules is known for remixing epic trance tracks such as “Precious” by Armin van Buuren or Ferry Corten’s “Twice in a Blue Moon.” His style of music ranges from progressive trance, uplifting trance, or progressive to electro house. And adding to the fun is Adam Scott, who has performed at Dreamstate SoCal, EDC Orlando, and other epic events. He enjoys playing trance, house, and other genres with an emphasis on melodies.

A night of great music and lasers headed to the East Coast that could be the last North American showing of Laserface in 2019. Post-NYC, the show plans to tour cities in Europe and Asia next, including a Laserface Ibiza date on September 8 at Amnesia Ibiza.

Watch Laserface at Dreamstate SoCal 2018 for a taste of what’s in store! 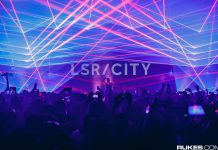 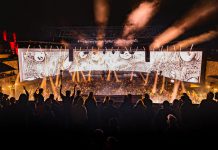 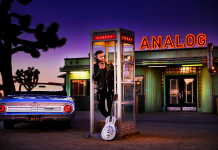