Just off the cusp of releasing their album We Are All We Need, Above & Beyond lit up kineticFIELD with a massive set at EDC Las Vegas 2015!

EDC Las Vegas 2019 opens its gates this weekend and in honor of the biggest festival event in the United States, we want to bring you back to 2015 when Above & Beyond was riding high on their epic We Are All We Need album release! It was a set that I will never forget as it was the moment that I fell so deeply and unapologetically in love with the best progressive trance trio on the planet!

As the airwaves were filled with the sounds of “We Are All We Need”, Sticky Fingers”, Blue Sky Action”, “All Over The World”, and “Peace of Mind”, just to name a few, the world was turned upside down with the heavenly essence of Above & Beyond in their most honest form! Considered one of their best albums to date next to Group Therapy, the Anjuna boys left their hearts on the stage as Paavo and Jono mustered up a set that left me breathless and in literal tears!

It was one of those experiences in which I looked to a random attendee standing next to me and as we sang the lyrics to “Blue Sky Action”, we smiled and felt so strongly connected, though we had never met before that moment. I mean, seriously! Even Bryan Cranston from Breaking Bad came out to join in all of the shenanigans, making an appearance as Above & Beyond delivered “Walter White” to the masses. You can’t get any cooler than that. The trio sure won some major brownie points for that surprise!

Now celebrating a little over a year since their fourth studio album release, Common Ground, they are heading back to EDC Las Vegas to show the world that they are still the top dogs of the industry. Catch Above & Beyond at circuitGROUNDS on Friday, May 17, from 1:37-3:07 AM this year and make sure to check out the rest of the set times so you don’t miss out on your favorite artist’s performance!

Watch Above & Beyond at EDC Las Vegas 2015 on YouTube: 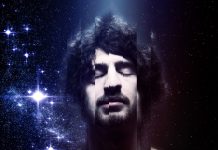