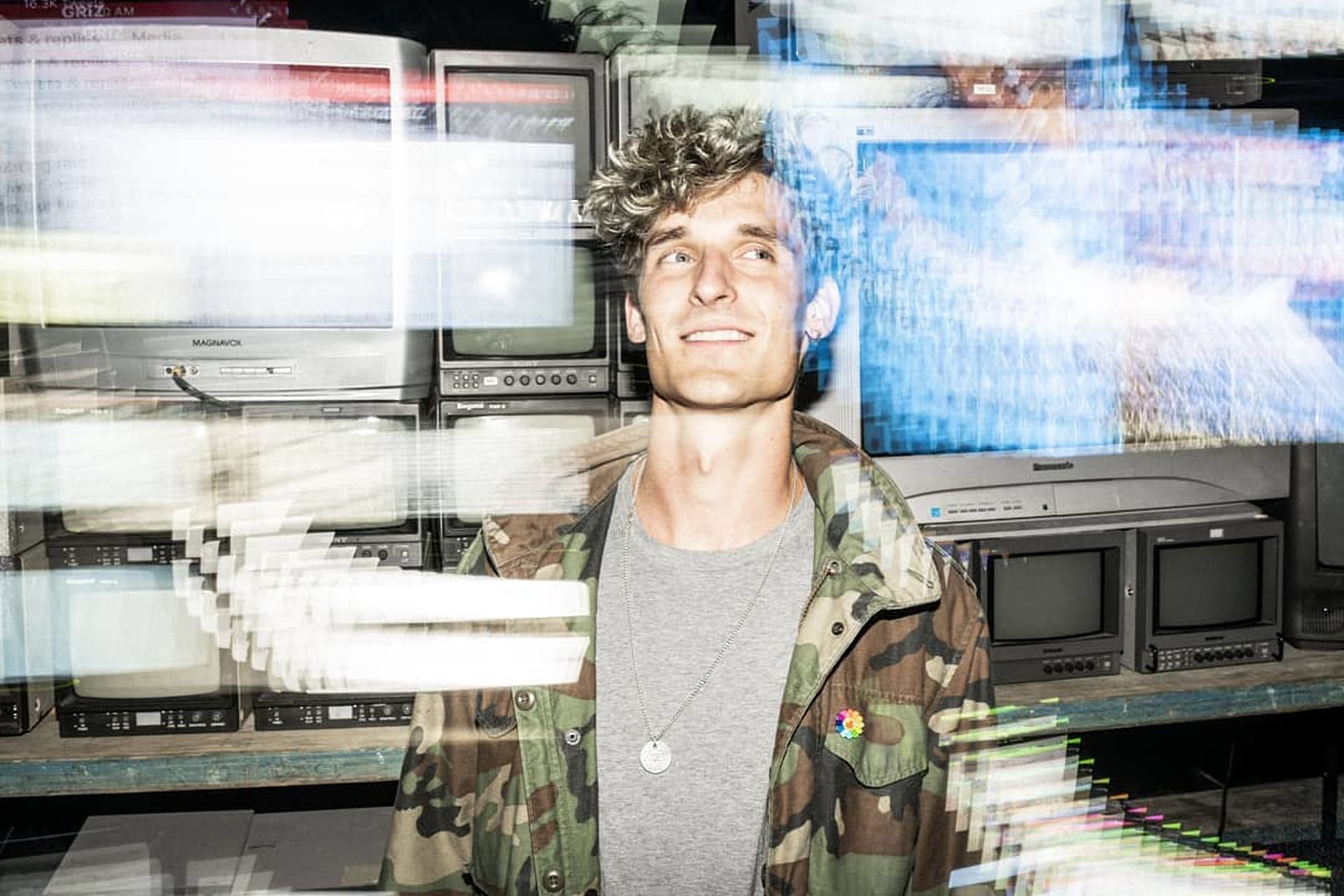 It was just a few years ago that GRiZ had removed himself from the spotlight of the dance music community in a seemingly sudden fashion. Taking a creative hiatus, he looked to rediscover his sound and explore which direction he wanted to travel as an artist. Now, armed with a fresh take, the certified funk n’ soul professional has returned with his fifth studio album Ride Waves.

Standing tall as his strongest body of work to date, Ride Waves reflects his immersion into soundscapes, culture, and societal influences of today. Featuring a bevy of collaborators like Snoop Dogg and Wiz Khalifa that blend seamlessly into his sound along with plenty of solo tracks that will have you jamming out, GRiZ has seemingly struck gold and is intent on sharing his treasure with his fans.

Take a listen to the album on Spotify below, download or stream Ride Waves on your preferred platform, and read on for my take on this massive release from GRiZ!

Everything that GRiZ does encapsulates a feeling. From the soaring highs of success to the gut-wrenching heartbreak of tragedy it is all reflected within the human condition we live today.

Ride Waves is the culmination of the past two years for GRiZ; A period defined by his own creative exile, the multitude of communities and relationships that have molded him, as well as high-impact sociocultural issues. This is most apparent with the long list of collaborators that he teamed up with for tracks on the album.

Bridging the gap between his funk-fueled sound and hip-hop, GRiZ teamed up with icons such as Snoop Dogg for “My Friends and I Pt. 2”, Wiz Khalifa for “Find My Own Way”, and DRAM for “It Gets Better”. He also kept the vibe alive by teaming up with American funk legend Bootsy Collins for “Bustin’ Out”. A total curveball was thrown in with “A New Day” featuring Matisyahu, and Ride Waves also features longtime GRiZ favorites Muzzy Bear, Leo Napier, and Prob Cause. But let’s dig a bit deeper into the album.

The opening track “Can’t Get Enough” kicks Ride Waves into high gear right from the start.

An anonymous man opens the track with a laundry list of “M” words as GRiZ is heard saying “I’m GRiZ”. The man responds with, “what’s G for? Keepin’ it gutta!”. That’s exactly what “Can’t Get Enough” is in the best of ways, and we are blessed with GRiZ rapping his own original lyrics. Better yet is that his lyricism goes perfectly with the funky and gritty bass line that builds up to “time to boogie!”. Equally, this drop is exactly what we’ve come to know and love from GRiZ.

GRiZ then recruits DRAM for their first-ever collaboration on “It Get’s Better”.

To be perfectly honest I didn’t expect much when I first saw DRAM listed on the track based on his 2016 hit “Broccoli”. However, upon my very first time listening to the track the overwhelmingly positive vibes and quality lyrics washed away any remaining doubts I had.

“It Gets Better” is the perfect track for anyone that may be having a tough time within the chaotic whirlwind that life throws at us from time to time. GRiZ’s iconic sax takes center stage as he trades the spotlight with DRAM’s verses throughout making it the exact track you need when you feel like life’s got you down. It always gets better.

Before the release of Ride Waves I would be hard-pressed to tell you who Yoshi Flower was. Yet, after only a couple of listens to this track, I was completely blown away. A delicate symphonic intro gives way to his smooth and soothing vocals reminiscing on a past love that feels entirely new.

“Maybe” tells the tale of a promising future with a lover or on a journey all your own and is truly a tune that hits right in the feels. GRiZ delivers a captivating horn section throughout that keeps the vibes high, yet never overpowers Yoshi Flower’s powerful lyrics.

GRiZ sends us a reminder to live life one day at a time with “The Prayer”.

“You know what they say, life isn’t meant to be easy baby, it’s meant to be lived”. “The Prayer” checks all the boxes of the heavy funk vibe that GRiZ has made his signature over the years. This track takes listeners on a sonic journey from mellow vibes to bangin’ beats as it progresses. The perfect amount of uplifting, soulful lyrics carry us through to a positive and persevering outlook when times might get hard.

Next up is a collaboration we never knew we needed is Wiz Khalifa and GRiZ come together on “Find My Own Way”.

Wiz Khalifa delivers an exceptional, heartfelt performance alongside GRiZ on “Find My Own Way”. After initially finding out Wiz was taking on a track with GRiZ I would have thought for sure it was another stereotypical Wiz Khalifa stoner anthem, but I was pleasantly surprised with being exposed to a more authentic side of his raps. GRiZ taps into a masterful horn section to carry the hook between verses from Wiz.

Funk and soul icon Bootsy Collins lays down the groove, bringing Studio 54 to 2019 on Ride Waves.

Collins cemented his name in early dance music history early in his career after working with James Brown throughout the 1970s and later with George Clinton and the Parliament Funkadelic. This time around, “Bustin Out” bridges the gap between retro funk and modern-day electronic vibes. For the second time on Ride Waves listeners are treated to GRiZ’s lyrics on a retrospective journey to how he fell in love with the funk. It is songs like this that truly allow GRiZ to stand out from the rest of future funk genre.

“My Friends and I Pt.2” sees Snoop Dogg join in on the fun.

One of the most beloved tracks from Good Will Prevail, “My Friends and I,” still resonates with GRiZ fans nationwide and this time we are blessed with a guest feature from the one and only Snoop Dogg.

For the second iteration of the funkified banger, Snoop flips his verses into an intergalactic West Coast anthem and GRiZ delivers massive builds into a grimy, stabbing bassline guaranteed to rock dance floors the world over. Not in a million years did I expect this collab, and “My Friends and I Pt. 2” has quickly become one of my favorites on the entire record. I can not wait to hear this one live.

With the release of this album, GRiZ has once again showcased his ability to stand out from the rest of the pack.

After his two-year hiatus, Ride Waves is a welcome return from GRiZ. From his wildly original lyrics to his star-studded collaborations this album is already on my list as one of the best releases of the year. The album sees GRiZ enter a new level of production defined by his unwavering sense of progression. Each track is a moment of reflection for GRiZ and the life experiences that have led up to this point.

With the summer festival season on the horizon, do not miss your chance to experience him play live in a city near you. Let us know what you think about the album and if you’ll be catching an upcoming show in the comments below! 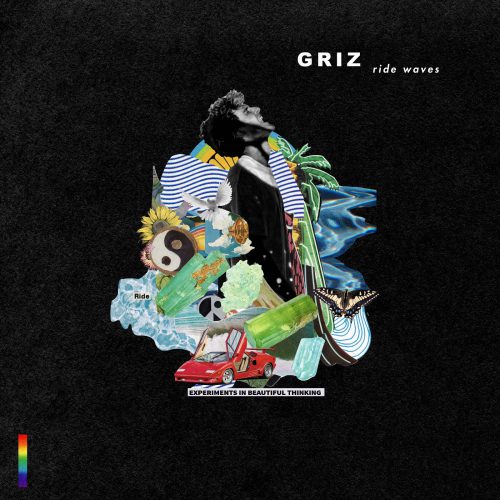