The latest edition of Beyond Wonderland SoCal paired a diverse lineup with high-end production to create another stunner of a trip down the rabbit hole.

Although it’s one of Insomniac’s flagship brands, the story of Beyond Wonderland in Southern California is definitely not standard. Having battled against torrential downpours that put the term “rain or shine” to the test, moving their home between the NOS Events Center and San Manuel and back, and more, one thing that has become clear is that Beyond Wonderland SoCal is a festival that continues to thrive against all odds.

The hype surrounding Beyond Wonderland SoCal this year picked up early on as “Beyond Cards” were discovered in the aftermath of the alien invasion at Countdown. Giving those who found the different cards a taste of the musical madness that was in store, they set the community ablaze by showing that artists like deadmau5, Seven Lions, Lil Texas, and more would be playing this year.

In fact, I had a feeling it was going to be a good year before the lineup for the festival dropped, and when it did I was over the moon with excitement. Featuring brands like mau5trap and Dreamstate, along with plenty of artists that I’ve fallen in love with over the years, all that was left to see would be if Insomniac could deliver another memorable experience.

Flash forward to the day of the event. After having sat in some ridiculous traffic on the way up from San Diego I was more than ready to get to raving. Arriving as early as possible to the NOS Events Center is always key if you’re looking to score a spot in the closest free parking, and within moments I was on my approach to the festival gates.

Regardless of the festival at the NOS Events Center, when I see the stages peaking above the gates on festival grounds I always get some pre-event butterflies.

Much like any event, security can be an entirely hit or miss experience. On both days of the festival, I was blessed to not have any negative encounters or hiccups on the way in. In fact, the only thing that slowed me down was the Lunchbox I rocked to the event, and that’s because the zippers on the bag are hidden.

Once I passed through the gates, a wave of emotion flooded over me as the feelings of being home returned once again. My crew and I took in the first looks at the world of Beyond SoCal and then immediately headed to the Cheshire Woods stage to catch some of the action during the mau5trap takeover.

Acting as my unofficial home base for the first night, the Cheshire Woods brought some of the best artists that mau5trap has to offer.

Starting with beats from artists like monstergetdown and ATTLAS, the mau5trap crew really put together a night of house and techno that I won’t soon forget. Building through the night, they also brought standouts like No Mana and Feed Me, who have both been riding high off their recent releases, and closed the takeover with a TESTPILOT set as well.

The most impressive artist for the takeover, to me at least, was i_o. It was quite a statement to see him pack the stage to capacity seeing as it was just a year ago that I first caught him playing on the Wide Awake Art Car in the rain.

But I didn’t just sit at one stage the entire time on the first day, I also did plenty of exploring and even stumbled upon quite the surprise.

The energy at Beyond Wonderland SoCal was electric, even if it started to get a bit chilly when the sun went down. As darkness fell over Wonderland the lights began to turn on and the stages became even more powerful than before. While the Caterpillar’s Garden pumped out tunes from some of the top names in the trance scene and the Queen’s Domain came to life with a diverse range of artists, the Mad Hatter’s Castle drew my attention. Hosted at the megastructure that many have come to love over the years, it featured an impressive array of production elements that simply blew me away.

While the Wide Awake Art Car was front and center upon entering the gates, it was the Beyond Wench that stole the show for me at the festival this year. Hidden inside the rabbit hole area, this stage came to life with some beats and was actually insulated well from the rest of the area. This is where I found some surprises in store, as after a seemingly random house set from Carnage, Kaskade took the stage for a true treat. He played a full-on drum n bass set that was loaded with quality tunes that left me wondering if I would ever see a set like this from him again.

While the first day featured some solid sets, performances from deadmau5 and ZHU tipped me over the edge on the second day on the music front.

The Cheshire Woods once again became a home base earlier in the night as a string of rising stars (and some of my favorites) in the house music scene dominated the decks. Kendoll, Eyes Everywhere, and Codes set the tone for the night before J.Worra and Sage Armstrong went b2b to blow the roof off.

I was actually grabbing a bite to eat when I realized that Deorro had taken the stage. Blending a variety of styles together to create that signature Panda Funk vibe, what I caught of his set were some of the most fun tunes I heard all weekend. Torn between Deorro and ZHU I encountered my only true conflict of the night. After pausing a moment to make my decision, I made my way over to the megastructure to find my peace in Ringos Desert.

Pairing live elements with his infectious electronic tracks, ZHU slowly but surely drew me into the center of the crowd and enveloped me like a Venus Flytrap.

I loved every second of ZHU’s masterfully crafted set and it soon became my favorite of the weekend, only to be dethroned less than an hour after by the one and only deadmau5. Maybe it was just me, but I felt that the set that deadmau5 threw down at the Queen’s Domain was superior to the TESTPILOT set the night prior.

He brought me everything I wanted to hear and more, including an ID that’s being called “coasted” but has yet to see an official release. I felt like it was the perfect close to Beyond Wonderland as well, surrounded by friends and singing out the lyrics to tracks like “Raise Your Weapon” just ended things in the best way possible.

Aside from the music, something else that stood out this year was Insomniac knocking it out of the park with the level of production that was featured at Beyond Wonderland SoCal.

Let’s be completely real here, the NOS Events Center is nowhere near the easiest venue to transform into a true Wonderland. The combination of metal, asphalt, concrete, and buildings can be impossible to work with, yet somehow Insomniac found a way to create some magic at the venue.

Throughout the entire venue were plenty of lighting elements, interactive experiences, larger than life art pieces, and even a Dumbo ride that kept your eyes entertained. Other areas like the Rabbit Hole had headliners completely immersed in a hidden garden where they could relax to some beats and get away from the madness that ensued outside.

Those that made the jump and upgraded to VIP were also gifted with an enhanced experience that few other festivals could offer.

VIP areas could be found at each stage and the one at the Queen’s Domain totally took the cake. Headliners who upgraded and went inside could find a load of amenities that included everything from complimentary desserts and hot beverages to interactive set pieces and even a booth to get your very own rave name.

At Caterpillar’s Garden, the VIP area played host to a pop-up hookah spot which was all too fitting for the name, while the Mad Hatter’s Castle allowed for quite the view of ZHU during his very packed set on the second day. In the future, it would be nice to see some love for the Cheshire Woods stage as it only had a small viewing area, but overall I felt the upgrade was more than worth the cost for the expedited entry and other perks spread across the venue alone.

Details like these are ones that show Insomniac’s dedication to the experience and also give veteran headliners a reason to return year after year.

Having seen Beyond Wonderland SoCal morph into a new dream world each year, I can’t wait to see how it continues to grow. Now that the festival has found a seemingly steady home I feel that Insomniac has really hit a stride with this two-day event. Fixing the problems that have plagued past events while continuing to show true dedication to creating an immersive environment makes me excited to make a return trip in the future.

If you haven’t taken a trip down the rabbit hole yet at Beyond Wonderland SoCal I recommend placing it in your plans for next year. See you all there! 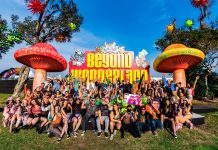 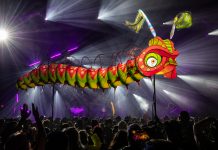 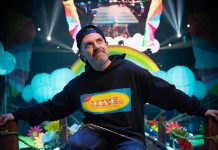