Quintino Talks “Can’t Bring Me Down”, Tips For Success, & More! 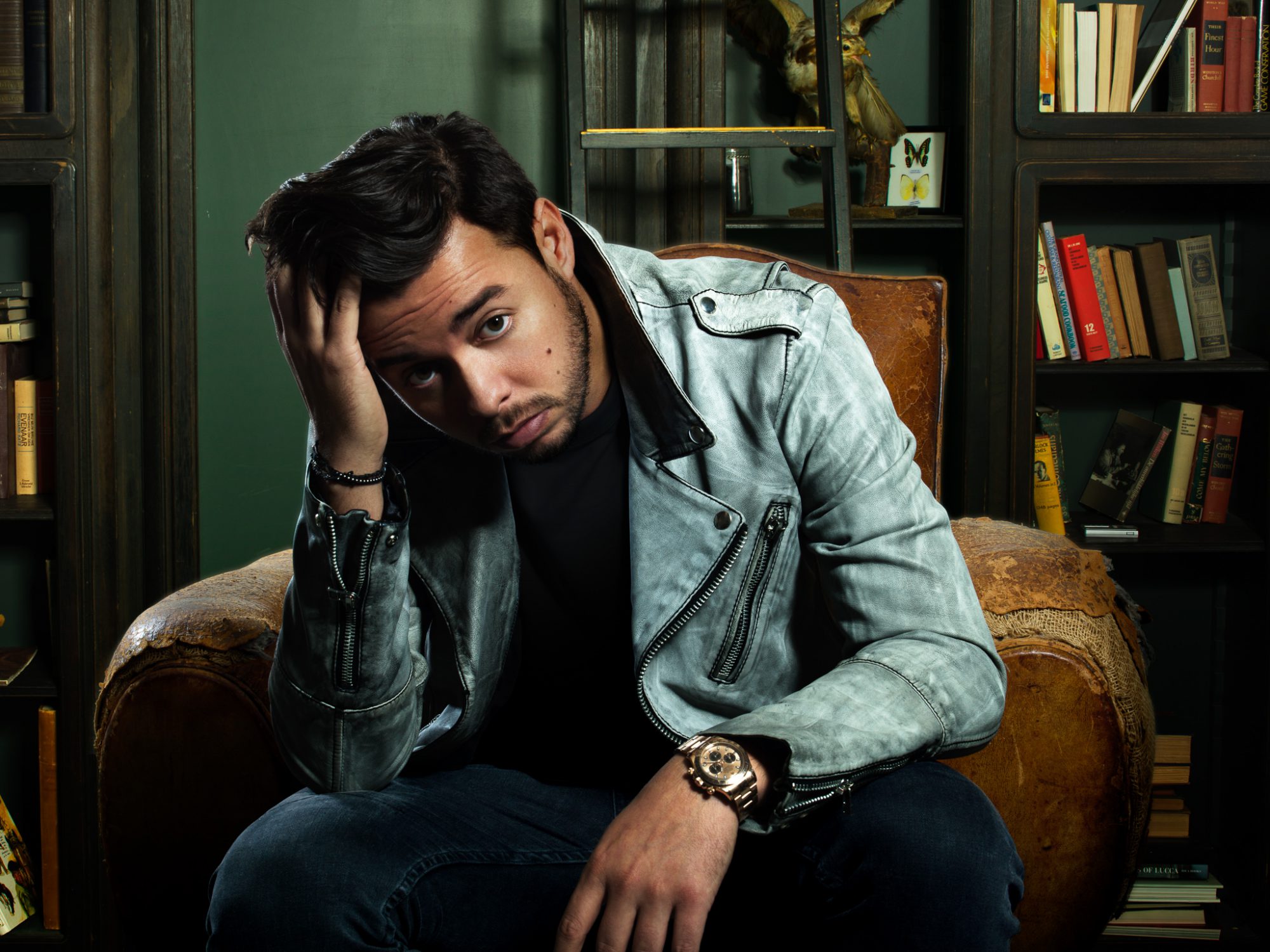 We sat down with Quintino to talk about his latest release “Can’t Bring Me Down”, his approach to DJing, and what keeps him going after his many years in the scene.

Dutch producer Quintino has produced some of the biggest hits that have graced the festival scene. Releasing music on major labels like Spinnin and Revealed, his tracks have become legendary for their larger than life feel while also generating millions of streams on a consistent basis.

Whether it was tracks like “Epic” with Sandro Silva, which helped pave the way for the boom of Big Room, or “Freak” which saw him team up with R3HAB back in 2016, his tracks continue to leave a lasting impact. Now, for his most recent release “Can’t Bring Me Down“, Quintino has stepped out of his comfort zone to explore new sounds and craft up another massive tune for this year’s festival season.

Currently touring around the world and taking the stage in countries like China, Costa Rica and everywhere in between, Quintino took time out of his busy schedule to sit down and chat about his recent release and more. Listen to “Can’t Bring Me Down” below and read on for our interview with him!

Stream Quintino – Can’t Bring Me Down on Spotify:

Hi Quintino, thanks for taking the time to chat with us today! Let’s talk about your new song “Can’t Bring Me Down”. It retains your classic electro house sound but adds a new slowed-down swagger. What led you to mix up your sound for this song?

This year I’m entering a new chapter with my music, where I’m actually planning the release my first album later this year. Cant reveal any details about that yet, but music wise it means that I want to show more of myself, so this year I’m bringing the Quintino sound to different genres and styles and some really huge collaborations.

Your career really kicked off with some absolutely massive tunes, like “Epic” and “Freak”, both of which gained millions of streams and continue to get played out to this day. What does it feel like when you realize you’ve got a hit on your hands and see it infect stages all over the world?

It’s insane when you realize that millions of people all over the world are listening to something you created in the studio. “Can’t Bring Me Down” is getting streamed or viewed more than 100,000 times a day at the moment, which is just insane. But to be honest for me the best feeling is seeing everybody singing along with your song, knowing all the words and just go crazy on the drop. If I can make people forget everything and just enjoy the moment during my sets then I consider my mission accomplished!

Over the years you’ve worked closely with R3HAB and have come together to collaborate on a large number of tracks. Can you share how you first developed a relationship with him and what has made him such an easy partner to collaborate on music with?

Well, R3hab has been one of my closest friends we used to do the same shows and toured together a lot and that’s how we met. We just became friends and always try to help each other out when possible. We think very alike I guess so that makes it easy to work together on music, we both know really well what we want.

Having released over fifteen songs in the past year, what drives you forward as a producer and prevents you from feeling the effects of a burnout?

I mean doing all the shows, seeing the response of the fans, that just gives you such a huge boost and gives you so much energy. But there is always the pressure of creating better and better music and all the traveling also has its toll. So we do have a good balance in my tour schedule to make sure it just doesn’t get too much. Its all about balance, make sure there is enough time to rest, do shows and be in the studio.

Prior to becoming a producer, you cut your teeth DJing in the club scene in the Netherlands. Now that you’re well-known for your work on the production side of the scene, do you view the relationship between DJing and producing any differently?

I try to have a close link between my sets and the music I release. I look at what type of song I need in my sets and start working on new music from there. That for example how we came to make “Heey Ya” last year. It has a much higher bpm than the 128bpm song I usually release, but I just felt like having this very energetic song which I wanted for the end my set.

Taking the stage around the world in countries like Germany, China, India, and more, do you find yourself catering sets towards specific audiences or have you found that dance music is truly a universal phenomenon?

It depends, when I play at festivals I really give a Quintino show, and just bring my vision of my best show to the stage. But every crowd is different, and the essential task of a DJ is to change your set in such a way that the crowd likes it, but it’s still a Quintino set. So yes my sets definitely are different based on the crowd responses.

At the start of your career, Laidback Luke acted as your mentor to help get some of your first hits out the door. If you could give one piece of advice for an artist who is looking to make some waves in the dance music scene, what would it be?

When it comes to making music it comes down to just making a lot of it. Like any sport or job when you do it a lot you just get better and better. And always enjoy the moment you are in, because I always aim for something bigger even if I reach a goal, and although ambition is a really good thing you just sometimes forget how good it is right now.

Now that 2019 is in full swing and you already have a new release under your belt, what are some of your goals that you’d like to achieve this year?

Well, as said before we’re entering a new chapter with the music which is new and exciting but its definitely a top priority to make this a success. Also launched my merchandising this year so that’s very important this year. And last, I already have lots of festivals confirmed so I can’t wait to rock all the stages.

Finally, when you’re not producing music or playing shows, what do you like to do in your free time?

Connect with Quintino on Social Media: