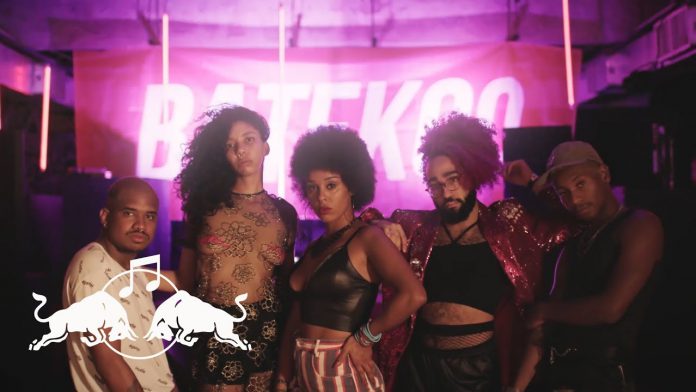 From the artists they support to the stories they uplift, Red Bull Music‘s brand has consistently been innovative and shies away from the cookie-cutter approach. Their docuseries Inspire The Night is one shining example of the brand showcasing the multifaceted side of the nightlife collectives and the inclusive spaces they have created. The series is all about featuring the stories not often heard about in the mainstream – the female, LGBTQ+, marginalized, and multiethnic collectives, families, and experiences.

With the tagline, “Showcasing nightlife curators and the impact they have on their communities” Inspire The Night has put a spotlight on unorthodox and envelope-pushing collectives in their first two seasons. In those seasons we learned about the individuals and collectives breaking out of the box in Los Angeles, New York, Chicago, and other US cities. In their third season, the docuseries committed to throwing their net wider and highlighting individuals within collectives in the US and around the world.

The first episode of Inspire The Night takes viewers to Brasil.

In episode one, the series highlights the story of Wesley Miranda and Maurício Sacramento‘s Batekoo, an Afro-centric nightlife collective that uplifts the stories, lives, and events surrounding the LGBTQ+ and African communities around Salvador and São Paulo. While there are still pieces about the music, this season is all about highlighting the people and how their existence as individuals as well as a collective may be at odds within the cultures they reside. This episode puts a spotlight on the Brasilian LGBTQ+ community and how Batekoo created a space for acceptance and helped them thrive in the face of the Brasil’s traditionalist ideals.

“We see Batekoo as a symbol of freedom. We’re here to resignify things.”

The second episode pulls the net back and returns to the US to highlight House of Yes.

In this episode, Kae Burke and Anya Sapozhnikova of Brooklyn, New York’s House of Yes are in the spotlight. House of Yes is a collective that is all about inclusivity and throws over 300 events per year. However, as with the Batekoo episode, episode two focuses less on the music and more on the people.

Here, the docuseries highlight’s Anya’s struggle with bipolar disorder and her own journey to understanding and acceptance. This also shines a light on how these nightlife creators build a sense of community founded on empathy and understanding born from their own need to find that for themselves.

Watch Season 3 Episode 2 “House of Yes Creates an Inclusive Space for All”:

The third episode takes the audience back on the international plain and has us landing in Shanghai.

In this episode, we follow the stories of the badass female-driven collective NÜSHÙ Workshop. Founded by Lhaga Koondhor, Daliah Spiegel and Amber Akilla, this group takes its name from a writing system created and used exclusively by women in China. Their goal is to create an inclusive environment for female musicians in order to break barriers in the male-dominated industry. The underground collective is all about creating a community for femme, femme-identifying, queer, LGBTQ+, and non-binary individuals to connect, educate and support one another.

“[NÜSHÙ Workshop] is not about becoming the next great DJ, it’s a safe place to discover something. There is so much love and passion…,” says co-founder Lhaga Koondhor. “It’s a space where friendship is growing.” 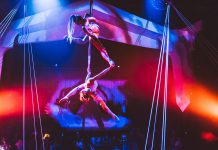 House of Yes to Debut ‘EVERY BODY’ Dance Party 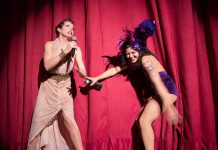 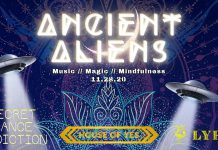