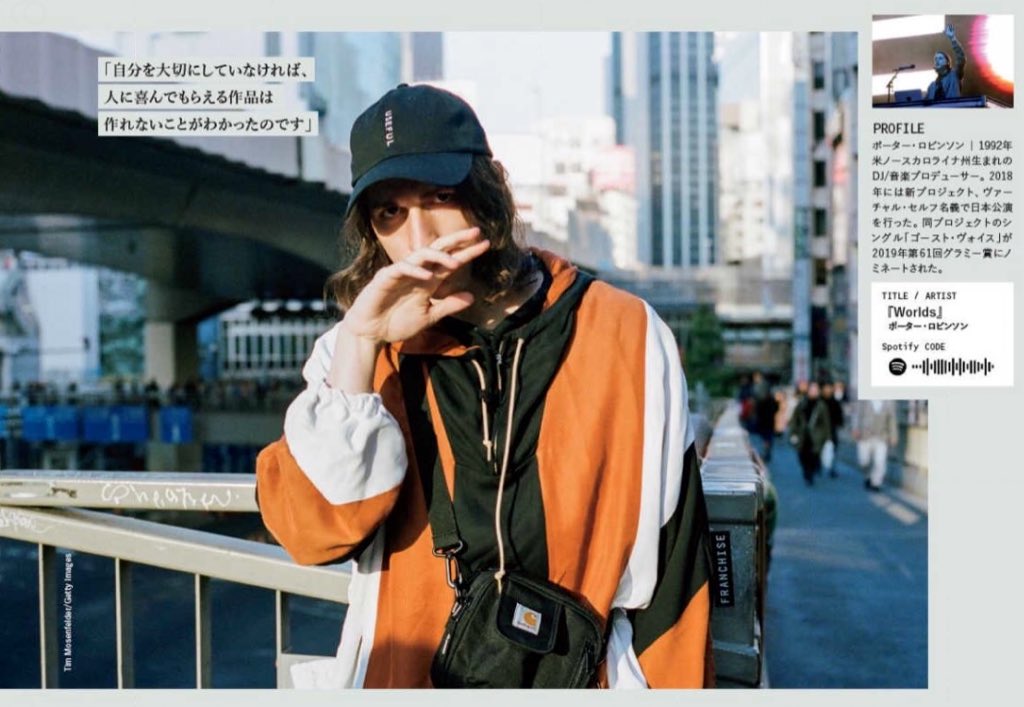 Over the past few days, we’ve been treated to non-stop news from Porter Robinson: a “new project” revealed, new VIRTUAL SELF music premiered, and an EDC Week show announced!

Wow. Porterfam. Our excitement can barely keep up with all of this news! Late on Wednesday, a preview of the March 2019 issue of GQ Japan started to circulate on social media and none other than Porter Robinson was the featured interview.

While the preview (see the image above) is in Japanese, you can throw it into a translator and boom… “I’m working on a new project”, says Porter. While we don’t know if this means new “Porter” music or a completely new project, rumors have been circulating that a potential Porter-Zedd reunion could happen. Only time will tell!

Celebrating his Grammy nomination for “Ghost Voices” all three nights treated fans to new music from the self-titled VIRTUAL SELF EP! The Thursday night show at Shrine Expo Hall, which had full production and lighting, gave us a new banger from Pathselector, “God Rays”, which you can stream below.

The Friday night show, an intimate, extended clubsystem set with minimal production, reportedly gave us new edits of “Particle Arts” and “Angel Voices”! While I haven’t had a chance to listen to the latter two but I am excited to hopefully hear them soon.

Stream “God Rays” by VIRTUAL SELF on SoundCloud:

Rounding things out and bringing some extra excitement, OMNIA Nightclub posted their EDC Week shows for 2019.

Included in the announcement is our buddy Porter, who is slated to return for a DJ set on the Thursday, May 16 before EDC Las Vegas. Having been present at the show last year, I can safely say that it was a great way to start the weekend!

Grab tickets to Porter Robinson at OMNIA Las Vegas at OmniaClubs.com to experience this epic show.

Will you be catching Porter Robinson or VIRTUAL SELF this year? Let us know in the comments below!