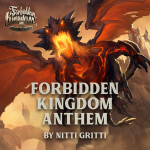 Having made his mark on the electronic music scene in a serious manner this year, Nitti Gritti is closing things strong with the release of “Forbidden Kingdom Anthem”. The track, which is tied directly to the forthcoming festival in 2019, features heavy-hitting cuts and drops that will have your face melting along with the beat.

Aside from the fact that this is a quality Nitti Gritti production, the track also brings forth some powerful stabs and sick synth work that fits perfectly with the style of the upcoming festival. Take a listen to the track and check out the full lineup to see what’s in store for Forbidden Kingdom in 2019! – Grant 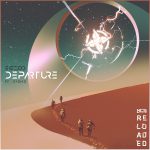 Released on NoCopyrightSounds, “Departure” is a fantastic tune that shows off how Egzod can masterfully blend his influential elements together in a cohesive manner. With plenty of layers and new sounds you’ll discover upon each listen, this track also throws an aggressive bassline and a melody that will stick with you after the track concludes. Adding to the track are the vocals from evOke, which really puts a finishing touch on the release and makes this a memorable one from Egzod. – Grant

“This is one of my favorite tracks I’ve ever made. I met evOke on Facebook and he wrote the lyrics in no time; the song was made pretty quickly during last summer.” – Egzod 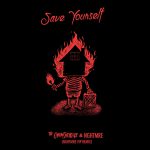 NGHTMRE Releases Bass-Heavy VIP Version of his collab with The Chainsmokers, “Save Yourself”!

The Chainsmokers and NGHTMRE joined forces on “Save Yourself”, an instant festival favorite, a few months ago. The original track has tons of energy along with vocals from The Chainsmokers themselves.

NGHTMRE went ahead and released a VIP version of the track and it’s even better than the original! It’s chock-full of heavy bass and that distinctive NGHTMRE sound that we all love. The track is epic and makes both versions of the track stand out even more! – James

Stream The Chainsmokers & NGHTMRE – Save Yourself (NGHTMRE VIP Remix) on YouTube! 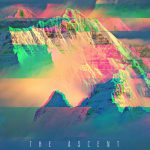 “The Ascent” is just one of the many beautiful tracks on CharlesTheFirst’s new album.

The title track off CharlesTheFirst’s brand new album The Ascent is an excellent track and quickly shaping up to be one of my favorites of the entire year. The faint vocals and muted tone of the melody bring a relaxed vibe, but at the same time, the lively percussion and speed of the melody give the song a lot of energy. I love that it’s somehow as great for relaxing as it is for dancing hard into the night. A lot of CharlesTheFirst’s music has that flexibility, but especially this song.

With the new album comes a new tour, with support from Of The Trees, Tsuruda, Thriftworks, and others! You can check out the dates and artists at CharlesTheFirst.net. – Dan

Download or stream The Ascent on Bandcamp or Spotify. 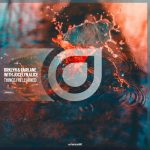 Recently released on Tritonal’s Enhanced imprint, BRKLYN and Fairlane have teamed up to drop “Things I’ve Learned”. Featuring sweet vocals by Jocelyn Alice, the track is a pleasant track that walks us through lessons learned about love in our youth.

“Things I’ve Learned” has a slow build, exceptional melodies typical of Fairlane’s work and what is quickly becoming BRKLYN’s signature sound. Perhaps my favorite element of this track is the integration of guitar riffs. Expertly blended with Jocelyn’s vocal and Fairlane’s melodies, “Things I’ve Learned” has definitely put BRKLYN on my radar as artists to watch in 2019! -Bill 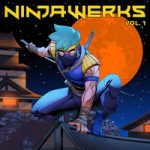 Fall in love with Ducky’s newest track, “Love You Just The Same”.

After seeing Ducky get down on Friendship earlier this month, I’m a bigger fan of hers than ever. Not only can she kill it on the decks, but her music making abilities are also just as top-notch. Aside from her career in music, Ducky spends her time playing video games and can be found live streaming on Twitch.

This made her a fantastic choice for inclusion on the Ninjawerks Vol.1 compilation, which features a variety of top electronic artists making original music suited for gaming with “Love You Just The Same”. The vocals on the track even remind me of a video game character. I love how her songs all have an energy to them that just explode much like the chorus in this song.

“Love You Just The Same” has a unique mix of dubstep, electro, and a touch of happy hardcore that is perfect for those gaming sessions with your friends. This is also a song I can picture myself dancing at a festival due to its irresistible, happy vibe that this song gives out. -Lisa

Stream “Love You Just The Same” on SoundCloud.