Ever since their absolute banger “Pizza” was released back in July, Chris Lake and Chris Lorenzo‘s new project Anti Up has been at the top of everyone’s minds, and they’ve just proven their spot at the top with this intoxicating new three-track EP. Hey Pablo will have any house music lover in beat-induced heaven with sexy smooth basslines, captivating Latin vibes, and catchy hooks that you’ll be singing for weeks on end.

Chris Lake and Chris Lorenzo have teased these tracks in their sets for months and we’ve begged for the ID’s to finally be released! Anyone who attended their unreal set at CRSSD Festival Fall back in September can attest that they absolutely go off live, especially the first track of the EP for which it was named – “Hey Pablo.”

Stream or purchase the Hey Pablo EP on your favorite platform, and let us know what you think in the comments!

“Hey Pablo” starts off with a serious beat, and you know right from the start that this track is going be a force to be reckoned with.

You know you’ve got a true musician (or two) on your hands when a track can tell a story with just the music, and “Hey Pablo” does just that. It’s almost as if the track is talking back to itself, as the vocals “Hey Pablo” chime in, they’re met with a deep, catchy chord progression after each succession. It builds and builds until we hit an oh so pleasing breakdown with a rolling bassline that will take hold in your soul whether you like it or not. Makes me want to meet this mysterious Pablo! The many elements of “Hey Pablo” come together in a truly splendid fashion, showcasing the magic that arises when you mesh the unmatched talents of Chris Lake and Chris Lorenzo.

My personal favorite of the three is “Friday,” the perfect weekend anthem.

It captures those feels when you’re finally free from work and heading straight to the dancefloor to spend that dough you worked so hard for all week. The vocals “Count the days til Friday” come in and out as the track builds, metaphorically waiting for those days to pass until its finally Friday and time to get down. Xylophones trickle down, rich horns chime in, and the bass kicks in as the track drops and we dance because it’s the weekend and we have some serious money to spend.

Rounding out the EP is “Get That,” going deeper with a remarkable bassline.

“Get That” boasts another banging beat and commanding set of lyrics that will never leave your head. The deep bass keeps the beat throughout, as the vocals urge us to groove along and get that money. As the track drops we’re hit with quirky samples left and right, my favorite being those catchy laser “pew pews” smacking you right in the face.

Anti Up’s debut EP couldn’t have been any more impressive; from start to finish Hey Pablo had me moving and grooving along and wishing I was out at an Anti Up show to see these bangers live! Can’t wait to see what the magic is to come from Chris Lake and Chris Lorenzo. 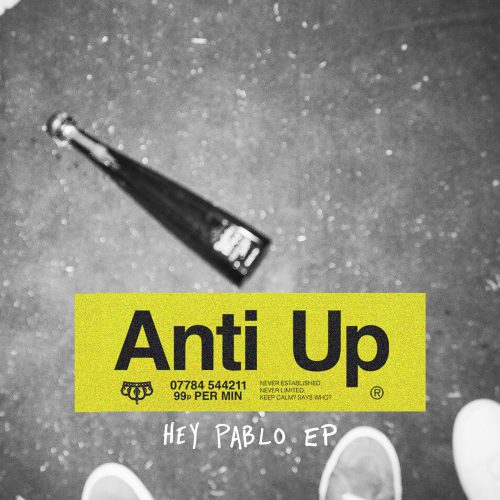 Connect with Anti Up on Social Media: 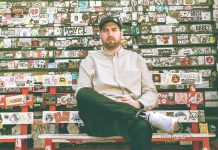 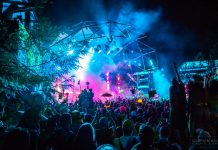 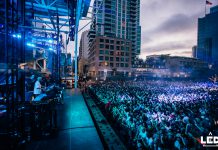