Binary Finary returns to the USA for three special nights of classic trance to celebrate the 20th anniversary of their hit track, “1998”.

Over the last few years, Binary Finary returned to the DJ decks with their Dreamstate appearances in Southern California and San Francisco. While they did not get scheduled for any Dreamstate slots this year, they’ll be making a journey to the United States celebrating the anniversary of their hit song, “1998”.

The release of the original “1998” track became the first trance track to enter the UK Top 30. Since then, the track has been remixed by some of the biggest trance artists such as Gouryella, Ferry Corsten, Paul van Dyk, and more. After the release of “1998,” they made follow up tracks such as “1999” and “2000”. Binary Finary took a break for nearly fifteen years before coming back and just in time for the 20th anniversary of “1998”.

Most recently, the duo has been hard at work developing new music, reworks, and remixes. Their most recent remix came out on Beatport of Travel’s “Bulgarian.” Last month, Binary Finary released “Vesta” with Pierre Pienaar on VANDITRecords. “Vesta” embodies that beautiful classic trance sound that fills your ears and soul with emotion – the type of classic trance sounds that sound striking compared to some of today’s trance releases.

On their special USA tour, you can catch Binary Finary at Ora, located in Seattle, Washington. Next, they’ll be doing an open to close stop at Spin Nightclub in San Diego, CA. Their final US stop will be at Dritto located in Brooklyn, New York. Expect an amazing classic trance experience and listen for that brand new remix of “1998” for 2018. For any trance fan, you’ll want to make the journey to see them. 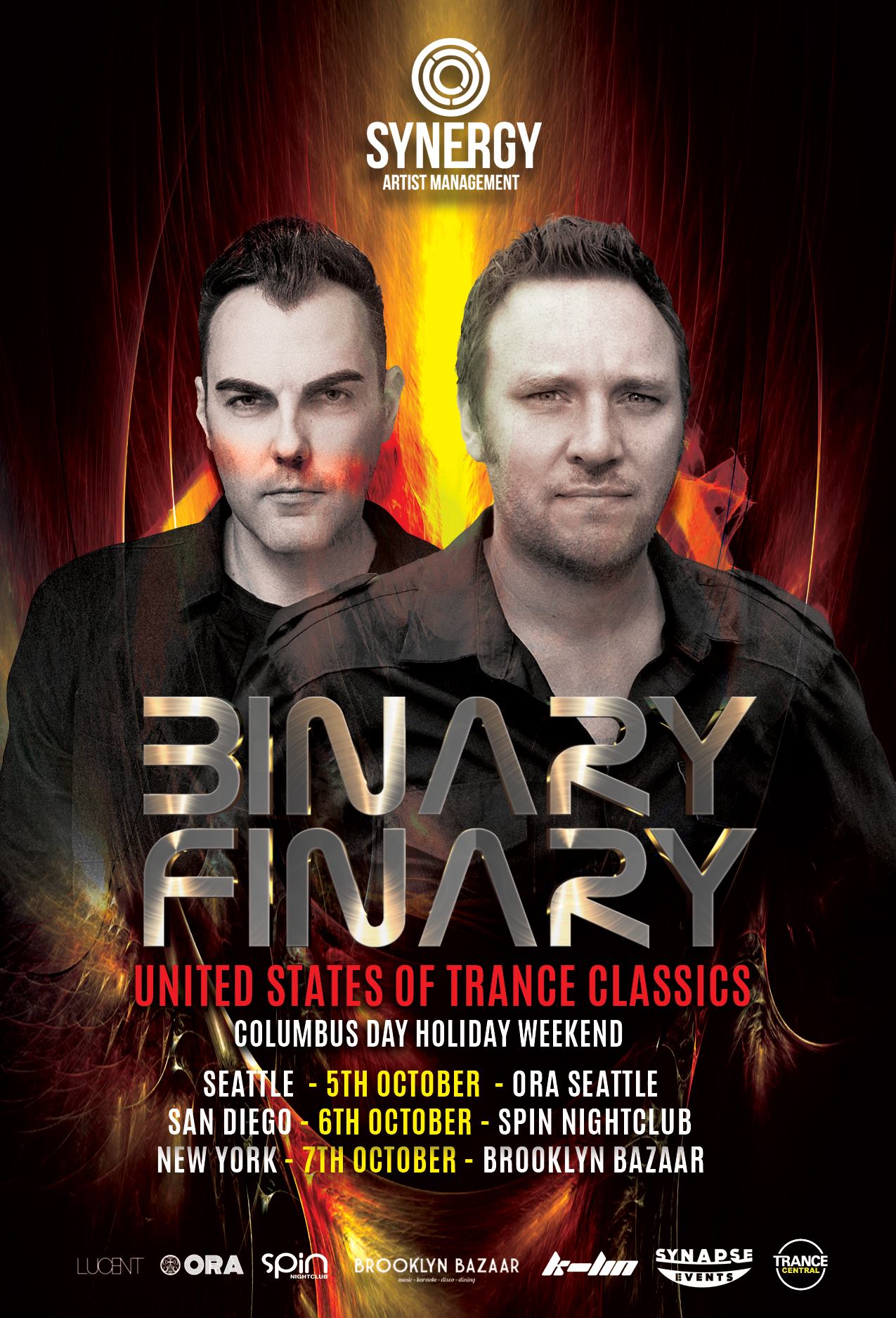