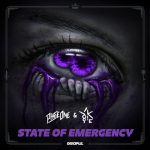 PhaseOne kicks off his new EP with a collaboration with YOOKiE, “State of Emergency”.

The only thing heavier than dubstep is metal-infused dubstep, and that’s PhaseOne’s specialty, however, his latest track is a little different from his usual style. The Australian bass producer is back like never before alongside New York brothers, YOOKiE for their new track, “State of Emergency”. This heavy riddim and dubstep tune is the first track released off of PhaseOne’s highly anticipated EP, Double Up EP.

In the past, PhaseOne has teamed up with a multitude of other heavy bass producers to create some of the craziest headbanging tracks we’ve ever heard. “State of Emergency” deviates from the usual metalstep PhaseOne indulges in, such as his massive track “Welcome to Mayhem”. With sticky riddim clicks and earthshaking reverberation, this track is sure to get crowds riled up and mosh pits opened.

PhaseOne’s full Double Up EP will be released on May 11 on Disciple Records, but in the meantime, enjoy “State of Emergency” and its heavy riddim and dubstep goodness! 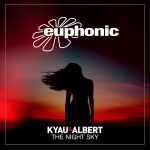 Lift your eyes to the stars and get lost in the sounds of Kyau & Albert’s new tune “The Night Sky”!

Exclusively featured on the ASOT 2018 compilation and taken from the next Kyau & Albert album called NEVERLOST, get ready to be swept away by the sublime melody of “The Night Sky”! The German dream team and Euphonic kingpins have pulled out all the stops on this one as they present an uplifting crowd-pleaser that will get all you Kyau & Albert fans vibrating with peaceful vibes as you lift your hands to the heavens. So, grab your closest family and friends and make your way to the dance floor as “The Night Sky” graciously provides all of the required elements for some serious trance therapy. 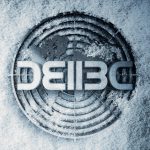 Original Selecta is back! Check out the new Bad Company UK tune with Kill The Noise and Mat Zo “Ice Station Zero”!

A few Landing’s back I recall writing about how cinematic Bad Company’s style of Drum & Bass was.  “Ice Station Zero” is no less cinematic in its mood.  Combine the legends that make up the group with two other legends – Kill The Noise and Mat Zo (surprisingly not under MRSA alias here) – and you get a track worthy of every moment to listen to.  It’s moving but never overwhelming, its got a variety of D&B sub-genres molded into it but never feels disjointed, oh… and its the title track off Bad Company’s first album in 16 years.  Let’s go kick it at “Ice Station Zero” with the boys! BOOYA! 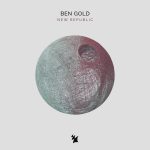 Ben Gold dropped into Armin Van Buuren‘s studio Thursday for the guest mix on A State of Trance 862. Ben brought a lot of energetic vibes as he prepared for the May 4th release of his new EP, Sound Advice (Chapter One). The set was lovingly crafted, and “New Republic” was by far the standout track.

“New Republic” starts with a grand orchestral opening that centers the mind for the dancing to come. Then, the track drops into a classic trance arpeggio that builds energy as it repeats. The track is hopeful, emotional, and powerful, capturing the positive energy of the Armada Music label flawlessly. (And you’ve gotta love that May the Fourth Be With You Star Wars reference in the album cover!) 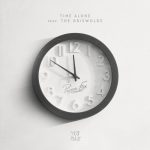 Spend Some ‘Time Alone’ With Prince Fox and The Griswolds!

For this track, NYC-based Sam Lassner, aka Prince Fox, has teamed up with Sydney-based indie rock band The Griswolds to create this feel-good track that you won’t be able to resist singing along to. The Griswolds’ catchy vocals, paired with Lassner’s sweet synth-rock baseline takes listeners on a futuristic journey, courtesy of DIM MAK.

Lassner has been dominating the future bass and pop genre lately, with last year’s success of his single “Space” featuring Charlie XCII and more recently, his remake of Jimmy Eat World‘s fan favorite, “The Middle”. After hearing how fabulously addictive “Time Alone” turned out, who knows what else Prince Fox has in store for the duration of 2018. One thing’s for certain, though, we won’t be needing any time alone from this artist any time soon. 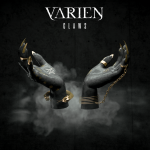 Varien shows us his “Claws”

Nick Kaelar, who currently creates music under the moniker Varien, is one of the most talented artists in electronic music. His breadth of musical knowledge and inspiration spans the musical spectrum and is clearly heard in his tracks. Varien effortlessly infuses his electronic sounds with video game music, industrial and metal, ambient and everything in between. For this reason, his tracks feel like a breath of fresh air as they are often unlike many of the sounds we typically hear in the electronic sphere. In his latest track, Varien incorporates multiple industrial-like sounds. The initial output is very dark and mysterious before morphing into a more uptempo, bass heavy and cinematic sound while still giving an almost underground cyber-goth feel. Check it out and tell us what you think! 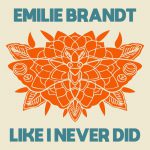 Fans of Illenium may be familiar with the name Emilie Brandt as she collaborated with the artist on his 2017 hit Lost. The Denver-based singer, songwriter, and performer just dropped the first track from her debut album Freeform, set to be released on June 6th, 2018.  Taking inspiration from the likes of Florence Welsh and Kesha and incorporating heavy synths and electro-pop, Emilie creates a track about trying to a second chance. Her voice is with raw energy and full of emotion and passion. After hearing this track, we are definitely looking forward to hearing her full album next month! 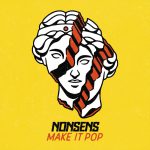 NONSENS brings the heat on “Make It Pop”

As a trio that has been rising through the ranks of the scene over the past few years, NONSENS has really left a lasting impression with their infectious tunes. Showing the sky is the limit to just how successful they can be, they’ve dropped another bass anthem in our laps that we simply can’t get enough of. Dubbed “Make It Pop”, this tune is definitely one that will be receiving massive play in sets from artists who are looking to incorporate some extra power and heat. Check it out and let us know what you think! 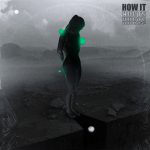 Malvae Tells You “How It Hurts” with his latest tune.

Released via CloudKid, Malvae’s latest tune is simply haunting. Composed of manipulated samples that give the tune an atmospheric and eerie vibe, along with powerful vocals from Esther Veen, this is a definite must-listen. We can’t wait to see how this forward-thinking artist will continue to impress and explore new sounds with future productions. 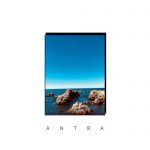 ANTRA shows listeners how to “Go Deep” with this fresh tune.

One of our favorite rising stars in the bass music scene, ANTRA has been making some serious waves with remixes for tracks like “Know No Better” and “Supernatural”. On top of those stunning remixes, he has also unleashed a slew of originals as well, most recently “Go Deep” which is fantastic from start to finish. Featuring blaring horns and a sick trap beat, the chopped vocals from the Janet Jackson original that shares the same name really bring this track to the next level. 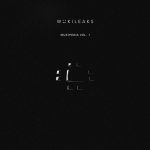 Wuki Reprises “She Got Some” for the latest Wukileaks release!

Another rising star in the bass music scene, Wuki has been dominating crowds with his sick beats and edits at festivals like Coachella. A new release for his Wukileaks project, he has continued to show of his talents in the studio with a re-release of “She Got Some”, featuring vocals from Jay Davi. This tune is energetic from start to finish and will surely get crowds moving to the beat. Check it out and read our interview with Wuki from Coachella today! 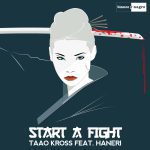 Rising through the ranks of the DJ world quicker than many others, Taao Kross has received loved from major artists like David Guetta while also taking up residence in Ibiza. This week he released another massive tune that will surely be receiving loads of play this season. Dubbed “Start A Fight”, it is a dance track that blends bass and electro elements to really take his sound to the next level. The vocals from Haneri really bring a sense of completion to the tune, listen to it and let us know what you think!