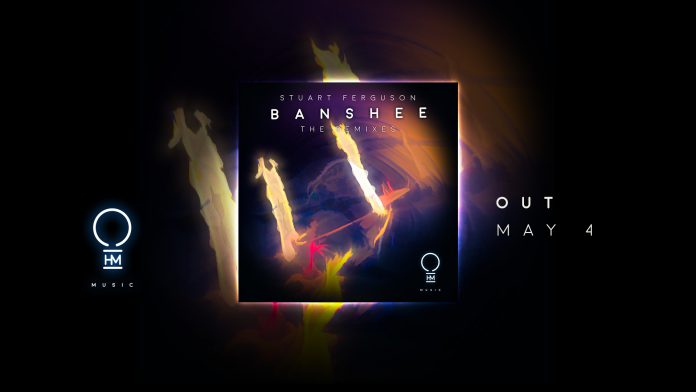 Stuart Ferguson passes the torch as four tastemakers take the legend of the Banshee one step further, bonding the essence of darkness to a multidimensional body grooving experience on the dance floor!

Seen only after the sun dips below the horizon, the Banshee awaits donned with a somber veil as she crouches patiently beneath the trees or up above the clouds flying under a moonlight bath, crying bitterly. Hear the Banshee’s lament among the silence of the night and you can be assured that the afterlife is fast approaching.

To capture the true essence of this dark spirit legend, Stuart Ferguson has taken its imagery and morphed it into an expression of tech trance wonderment that since it’s release earlier this month has garnered the attention of four brave and willing men.

With the OHM Music platform as the appointed hideaway from the Banshee’s soul-crushing grasp, Alex Morelli, Division One, Kjuna, and Nameless have developed the death-defying “Banshee” remix package, out now!

Grab your family, friends, and all you hold dear and prepare to witness the multifaceted sound evolution of “Banshee”!

It is Alex Morelli who sends out the first call to the Banshee spirit, softening the tone if only for a fleeting moment as he deposits a dark festival twist that heralds the Banshee up from the depths of the underworld to join us as our bodies gyrate on the dance floor. With crystalline melodic detail, Alex Morelli teases the senses with contained brain-bending builds that ebb and flow as the rhythm takes us to a domain locked far within our subconscious state.

As the Banshee appears among the masses, frolicking under the electric soundwaves, it is Poland’s progressive trance powerhouse Division One who steps in to provide solace from the terror that lurks among us. But, quickly we realize that Division One is not the savior that we hoped he would be but instead a member of the Banshee tribe, who uses the forces of melodic hypnotism as the catalyst on the dark spirit’s quest for soul destruction.

It is impossible to break free as our spirit is escorted through a trans-dimensional portal disguised with beautiful rippling harmony that makes way for the evil to rush in as the deep tones remind us that this blissful experience is not what it seems.

As we become trapped inside the epicenter of spiritual madness, all that is left to do is embrace our demented tailspin into the abyss.

In this precise moment, Kjuna stands at the gate, welcoming us home with a grand celebration of sound that sends all of our fears and reservations into oblivion. With pulsating tech-soaked basslines and soothing wood flute and piano details, Kjuna becomes our vigilant advocate as we learn how to flourish among the Banshee’s dominating presence.

Now a full member of the Banshee’s pack of warped kindred souls it is Nameless that swoops into the realm of purgatory on his mission to spark life back into what is left of our anthropomorphic state. As the portal emerges once again from oblivion, it is the raw and uplifting progression that acts as a beacon of hope, calling us back to the dancefloor where our journey began.

As our spine-tingling experience begins to fade under a backdrop of Nameless’ musical imprint, it would be wise to stay alert and vigilant as the cry of Stuart Ferguson’s “Banshee” will continue to haunt the airwaves at club events and festivals spanning the globe!

In the mood for more remix action from the OHM Music wheelhouse? Be sure to check out MBX – “Expanse” (The Remixes)! 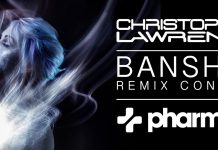