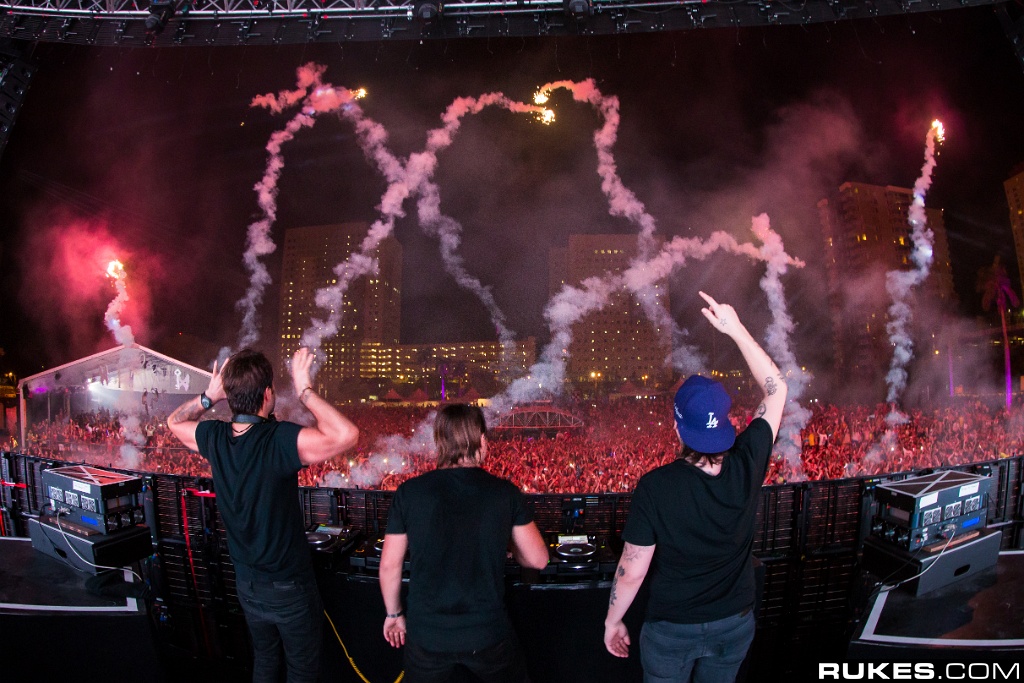 In perhaps one of the worst-kept secrets of Ultra Music Festival 2018, Swedish House Mafia has reunited for a special performance as the secret guest to close out Sunday night’s celebrations.  Axwell, Sebastian Ingrosso, and Steve Angello have put their differences aside to come together in Miami today for their first performance together since their final One Last Tour stop at Ultra Music Festival in 2013.

The trio started their set with “Miami 2 Ibiza“, “How Do You Feel Right Now“, “We Come, We Rave, We Love” and “Greyhound” while lights and mirrors reflected on the stage. The set is unsurprisingly filled with both Axwell /\ Ingrosso songs and Swedish House Mafia tracks, and we can’t wait to see what stops they’ll pull out during the final hour of the festival.

As one of the biggest names in modern EDM, Swedish House Mafia are best known for their hits “Leave The World Behind”, “One (Your Name)”, and “Save The World”. No doubt, there will be some throwback tunes, but the real question is what kind of surprises might be in store during their closing performance.

After their split, Axwell & Ingrosso formed a duo in 2014 as Axwell /\ Ingrosso, while Angello has continued to produce and tour separately. Our nostalgia wants the trio to get back together indefinitely, but we’ll have to live with their special reunion performance for now. Watch the rest of this weekend’s performances from Ultra Music Festival 2018 in our livesets post.

Was this the epic closing set that you were hoping for at Ultra Music Festival’s 20th-anniversary celebration? Let us know in the comments!