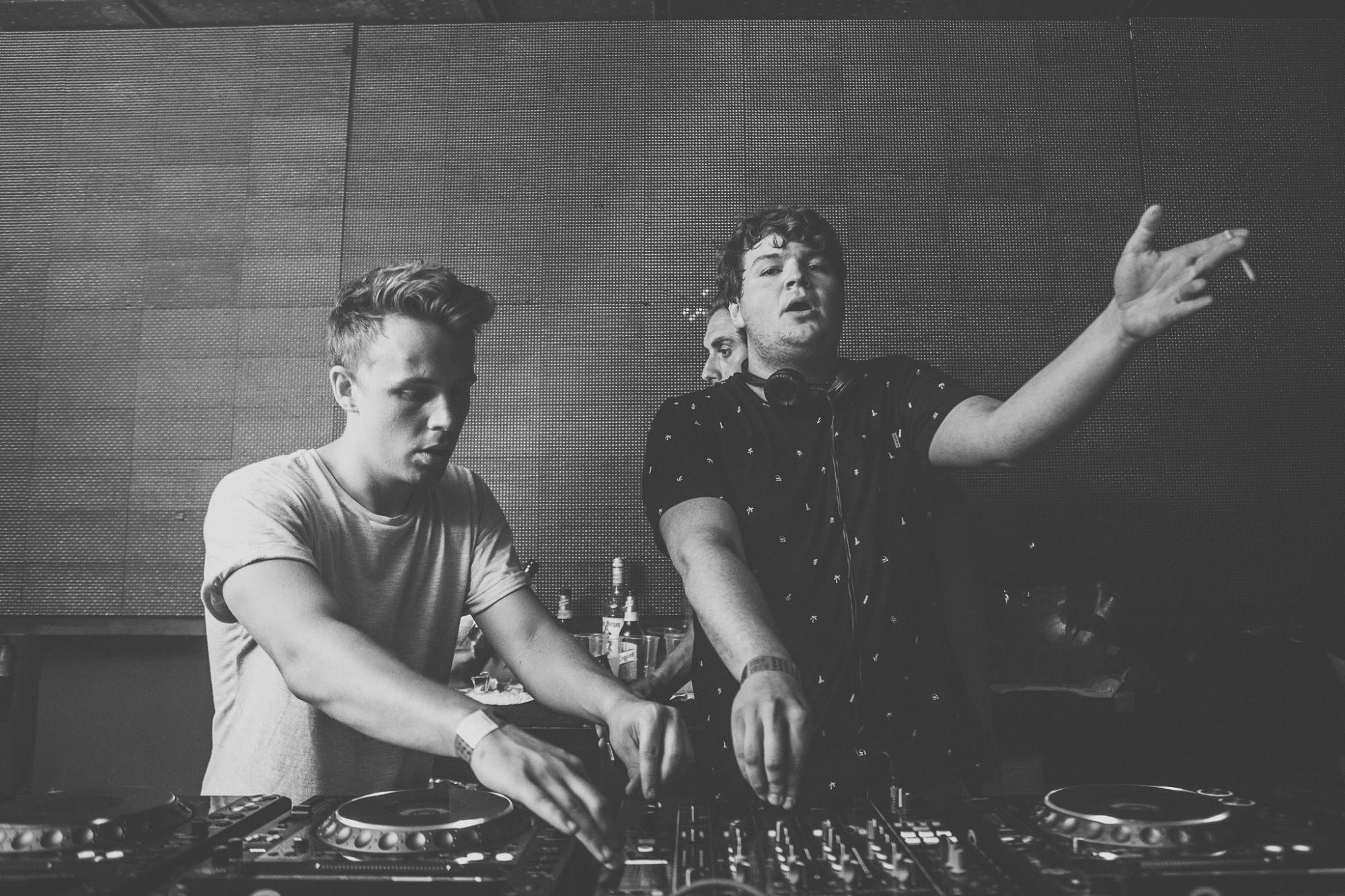 UK duo, Bondax, took some time to sit down with us and went over their production process, their new record “Neo Seoul,” and their upcoming album plans!

Artists will undergo hiatuses from time to time. Sometimes it’s for personal reasons and sometimes it’s an elongated case of writer’s block. Regardless of the cause, coming back from a hiatus can prove challenging due to how fast the dance music scene can change. However in the case of UK duo, Bondax, they have seamlessly bounced back from a two-year hiatus from dance music, and it’s great to see them back.

Bondax jumped onto the scene in 2013 with their hit song “Gold.” From there, the duo’s rise to the top happened lightning fast. Their songs were being streamed in the millions on multiple platforms. Their sound is unique in a sense that it is crafted perfectly and is easy to listen to, and their songs just make you want to get up and dance!

Coming off this hiatus, we were excited to get a chance to speak to Bondax before their show at Audio SF on their Recur tour. Bondax took the time to explain their production process between the two of time, their newest record “Neo Seoul,” and finally gave us some insight on their upcoming debut album!

You guys just came off a lengthy production hiatus. What did you focus on during the time off and how has that inspired or affected your process in the studio?

George: It was a bit of a reset for us. For us, it was about trying to make the album we wanted to make without falling into the trap of being one of many. I think the album has been a test of pushing ourselves further. A lot of the album is live, almost all the drums are live. There is an orchestra on the album, there’s a jazz pianist, there are horns – basically, everything we would have done synthetically is done by a human. The album was kind of like, working out how to do that and finding the people who would help.

Adam: Yeah, developing on what we thought was good about our music in the first place and applying that to different styles and genres basically.

Dance music history runs deeply through the UK, leaving impacts the world over. How has being UK natives impacted your music, and have you noticed how the UK has a legacy elsewhere in the world?

George: I think you have to put a bit down to radio stations initially for that movement. The pace that the UK moves at is like, we can’t even keep up with it sometimes.

Adam: The size of England plays a part as well. We always say that music takes so long to travel in the US because it’s so big, but in England, it flows up and down and it’s done. Like Dubstep was done in like 2 years.

George: We’ve really experienced the full force of hype and then suddenly no one cares. The UK in that sense can be fickle. However, it causes us to constantly strive to make the next thing and we are constantly challenging ourselves. 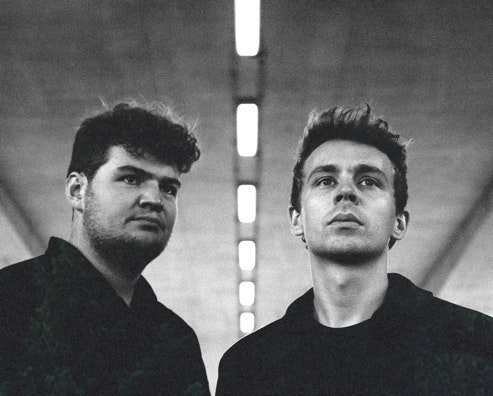 Your newest track, “Neo Seoul,” has some extreme Funk vibes. Was your approach to this track any different and did you use any different instruments?

Adam: George found this amazing sample and we just were inspired from Seoul, the place, and we just came back from an Asia tour and we wanted to make a tune though that was specifically aimed for clubs so it was a different approach to a track.

George: It was there isn’t that much to it because a lot of it came from three records of things that we had in progress and that was the track. We then just recreated the parts of the three records. So it was the drums from one, the vocal from another, the chords from another track and then we combined it all together. In terms of originality, this track is probably the least original track we have ever made

Diving deeper, we noticed the influence of Asian culture and art in the “Neo Seoul” music video. The title clearly plays on the city name of Seoul in South Korea. Was this the reason for the video looking the way it did, or where did the influence stem from?

George: We have just had kind of a connection with Seoul. My 21st birthday we were playing a show in Seoul and that was also the first time we DJ’d in Asia. That was a real landmark moment for us. It’s was like it’s not just producing in our bedroom anymore in the north of England.

Adam: That was somewhere we would not dream of going!

George: I haven’t even heard of the place before we went there. For us, it was a view into another world and then when we actually got to that other world – it’s so different to our home. But actually, everyone was amazing. I think it epitomizes the beauty of different cultures mixing and different people.

You guys mentioned you are working on an album currently. Would you say that the album gave you a broader canvas to work with? Or was it sticking to what you have released in the past?

George: The album is actually done currently. First of all, this album involved us buying ourselves out of our previous record deal and we are releasing this album ourselves. So that’s the biggest difference between our old work and this. So, we were completely skinned and we spent all of our money on it. This album is our most spiritually connected piece of music that we have ever made. It’s a conceptual idea about a day. The first part is about waking and then you go through the day and every track mixes into the next. So you can listen to it as an art and then it goes into the evening, which are the faster tunes and it goes into a dream state and ends as the next day. We had an idea of a circadian rhythm running through everything and we wanted to say that in the music. So the album has the sound of some of our old music because it was based on some of these ideas such as home and nature. It’s like our baby.

Adam: We’ve never worked harder in our lives on anything, I think.

George: Maybe I have alluded the question a little, but basically, it’s different but it still is the most real thing we have ever made.

Can you guys give a release date for the album?

Adam: Spring! April/May is the goal.

Let’s dive into the studio. What is the production flow like between the two of you? Is one of you focused more on a particular aspect of production or is it split fairly evenly?

George: I do a bit more production, but like we were saying on “Neo Seoul,” I dug the samples up and put them together. Then Adam came in and played the bassline and some parts.

Adam: I figured out some parts like copying the melodies of the sample so we can do it with the synths and stuff.

George: Generally speaking, Adam is more musical, but there’s probably 50% of the tracks that I have written the chords for as well. It’s not like we are exclusively one or the other. Obviously, Adam helps produce the whole thing as well. We actually finished that record with one other guy who’s like 45 and he helped us. He was kind of like a sound engineer. He was the third, father-figure that helped us finish it. 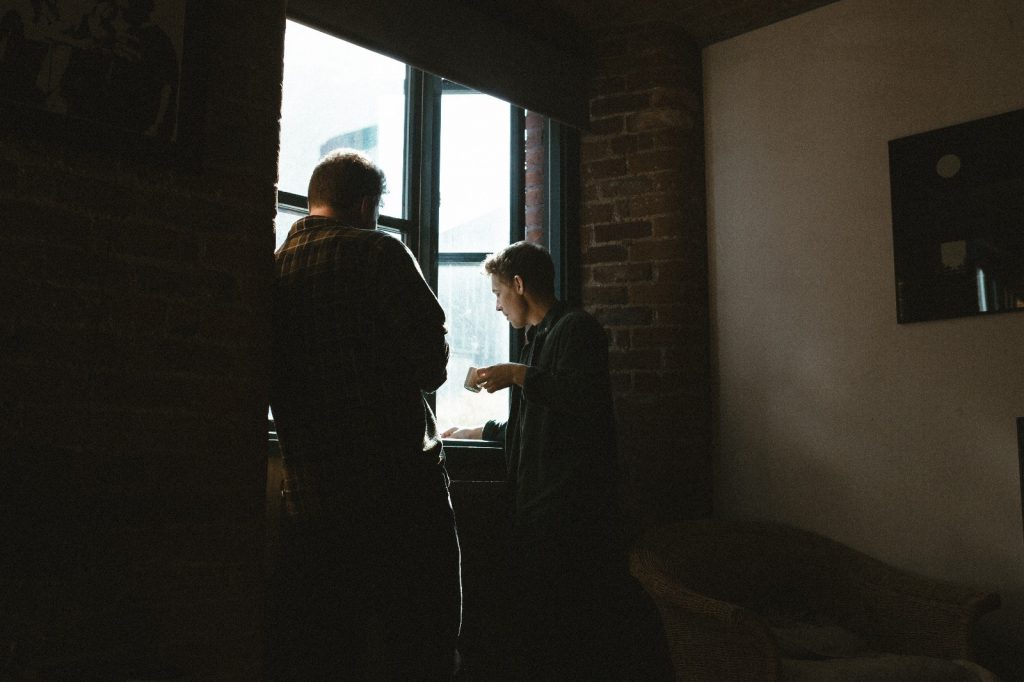 How has the tour been so far? Have any of the cities been a super unique experience?

Adam: Every show has been good! Surprisingly actually.

George: We thought this tour might be a bit strange since it has been SO long since we came out with music and it might not be as fun. It’s been surprisingly good.

Adam: Some shows might not be exactly packed, but people there actually like the music and just want to have fun and listen to the music. Last night really caught that in Chicago.

George: We’ve had shows at that same venue and initially it wasn’t as packed as we’ve had it before. However, as the night went on people trickled in and we were just in it. It ended up being one of the best DJ sets we’ve ever played.

Is there one location that feels really special on this tour?

Adam: Well actually tonight we have really been looking forward to. We’ve always done well here in San Francisco – we sell out shows here more often than not, it’s crazy.

Is there anything on tour that you guys travel around with and is a “must have” in your luggage?

George: A computer with Rekordbox really… and then books! We like reading a lot more, more than people would think.

Finally, something fun to rock for the holiday. What are your craziest St. Patrick’s Day stories?

Adam: Probably in Sydney actually! We had a day off in Sydney. But we had the worst Guinness in the world, it was genuinely horrible. Then we saw St Germain play a live show which happened to be played the same day we had off in Sydney.

George: I should say though, when we walked out of the front of our hotel in Chicago, there were green hats EVERYWHERE. We also get in the taxi and there’s a girl already being sick.

Thanks for doing the interview with us, Bondax!