Matt Lange Took Minneapolis Into The Deep At The Hideout 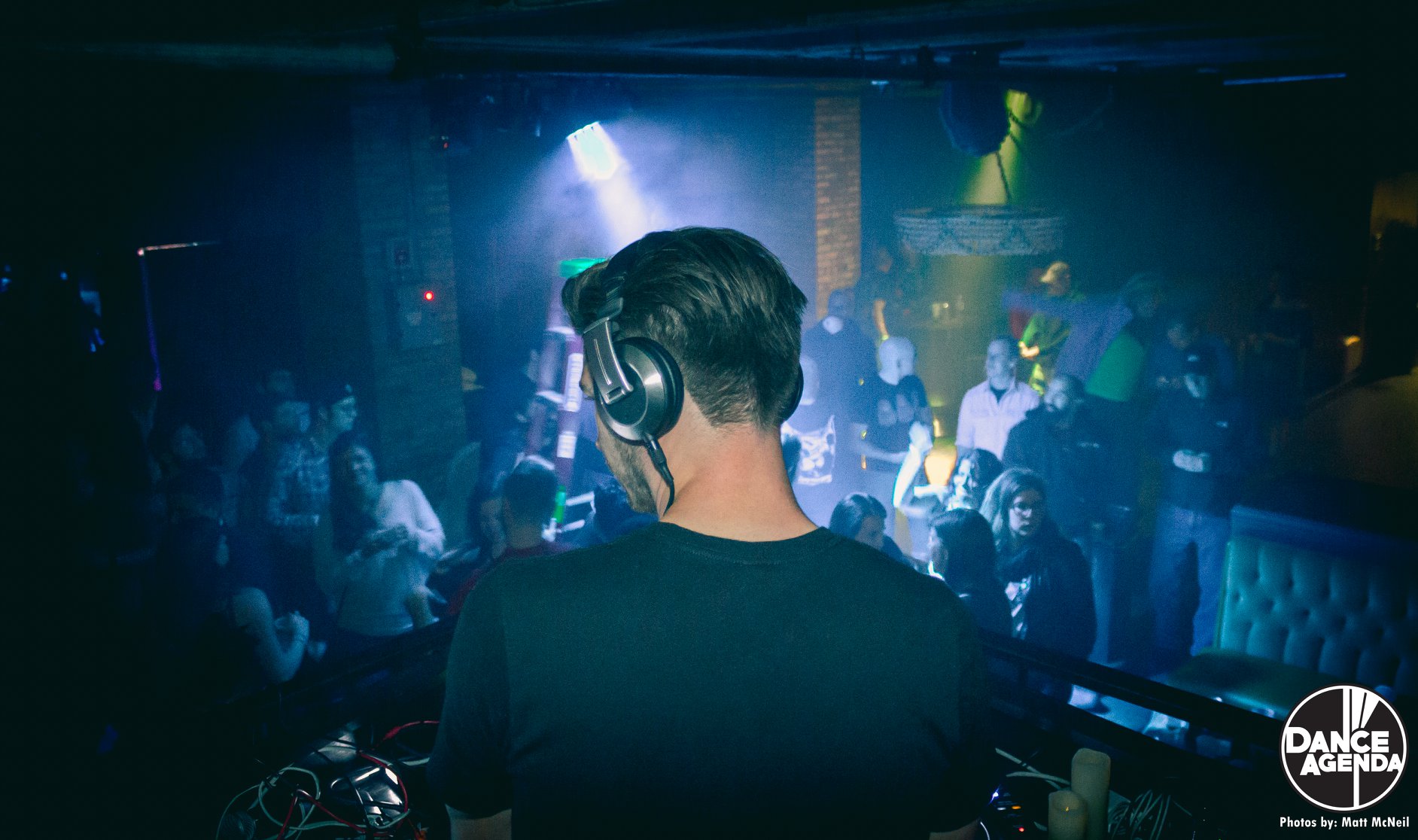 Dance Agenda and Spektrum Progressive co-hosted Matt Lange at The Hideout where progressive beats and a hard-hitting bass line reigned supreme all night. From the first opener Apex Projekt to Leon J and throughout the majority of Matt’s set; they took everyone in attendance on a journey from beginning to end. However, as any club goer knows, it’s not just about the sets, it’s about the whole experience.

Although I had been to this particular club before, I had never seen it quite like this. Part of the existing dance club had been sectioned off to make The Hideout come to life as its own venue. Minimalist lighting combined with black walls, plush yellow couches, and a few decorative chandeliers scattered throughout created an intimate vibe minus any pretentiousness. The DJ booth was dimly lit, situated in the corner, and elevated above the crowd.

While The Hideout is not the most upscale spot in town, it lives up to its name: you even enter a secret entrance through a bookcase (shhh…)! The bar was hidden in the back and did not impede on the dance floor space. This was much appreciated by those getting “lost in the zone” to the deep progressive tunes being spun by each DJ. I found an added bonus to the night was the drinks were reasonably priced and served by friendly bartenders.

From the moment Matt Lange got on the decks, he was off and running.

The majority of his set felt like riding a wave, pulling you in, building the intensity, and then letting you go as you sank deeper into the rhythm. Methodically he would move to his own beat scanning the crowd, his MacBook, and then the decks, occasionally sneaking in a little head bob for good measure.

While he stayed with the progressivehouse vibe for the better part of his set, similar to those Anjunadeep beats I love, with about 30 minutes to go he taps into his Mau5trap roots and kicks it into techno mode. At that moment I thought to myself, “Have I stumbled into Neon Garden at EDC?!” The crowd took on more of a primal energy and Matt let himself go a little more as the end of his set drew near.

Judah, one of the opening acts for Above & Beyond at the New Years Eve show in Minneapolis, made an appearance to take in the new venue. An exchange with Daniel and a compliment from the crowd are the only instances where Matt Lange broke out of his laser focus and cracked a cheeky grin.

Even though the crowd was intimate, the energy remained high.

Some may have thought, “it all sounded the same”, while others thought, “everything about the show was amazing.” My take away was there is no right or wrong way to feel about the journey music takes each listener on.

While there were a few logistical improvements that can easily be implemented for next time with regard to the lighting and the sound; the goal of getting lost in the music was definitely accomplished for the majority of those in attendance.