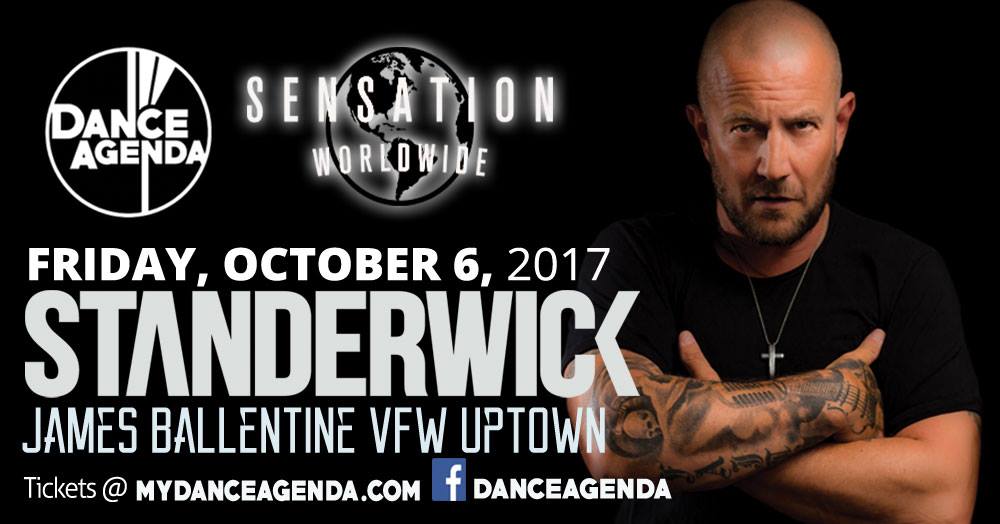 Dance Agenda continues to bring epic talent to Minneapolis this year with the addition of a new show with headliner: Standerwick. He is returning to Minneapolis on Friday, October 6 as part of his official 2017 Standout Tour.

In addition to Standerwick, there are some fantastic supporting acts joining him for this show. These artists include Chicago-based artist Andrew Renegade, Kansas City-based artist Brian Flinn, and Dani Nyx b2b Stvte of Mynd. 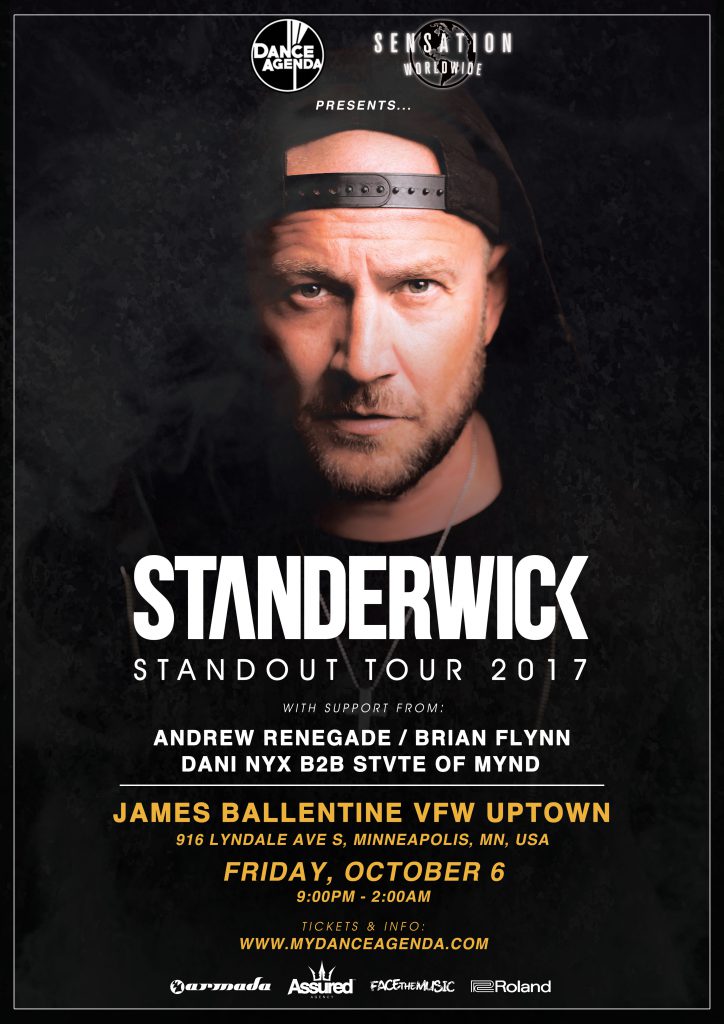 Not even STANDERWICK could have predicted his whirlwind rise to the main stage when he returned to producing music just over 3 years ago. Since then, and with a long list of No.1 and Top Ten hits with leading labels such as Armada and Blackhole, STANDERWICK has maintained his position at the top of the Trance scene embarking on a journey that continues to gather momentum and is set to take him even further forward. His familiar style of production has seen him remixing tracks for Armin van Buuren, Gareth Emery, John O’Callaghan, Myon & Shane54 and numerous others, all receiving that familiar quality finish that STANDERWICK has become so well-known and respected for inside the music scene and on the dance floor. By taking a look at his tour schedule, it becomes clear that STANDERWICK has fast become one of the most sought-after Trance DJ’s around the world right now following appearances at events such as: A State Of Trance 750 in Toronto, Canada on the main stage, EDC in Las Vegas, Cream Amnesia, Ibiza, EDC UK and Tomorrowland in Belgium. With some breath-taking and highly anticipated new collaborations and remixes scheduled for release later this year with artist such as Gareth Emery, Jonathan Mendelsohn and Markus Schulz, the cast has already been set to being yet again one of STANDERWICK’s most successful years to date both on tour and inside the studio as his career continues to grow exponentially, cementing himself well inside the top of the Trance world.

Connect with Standerwick on Social Media: