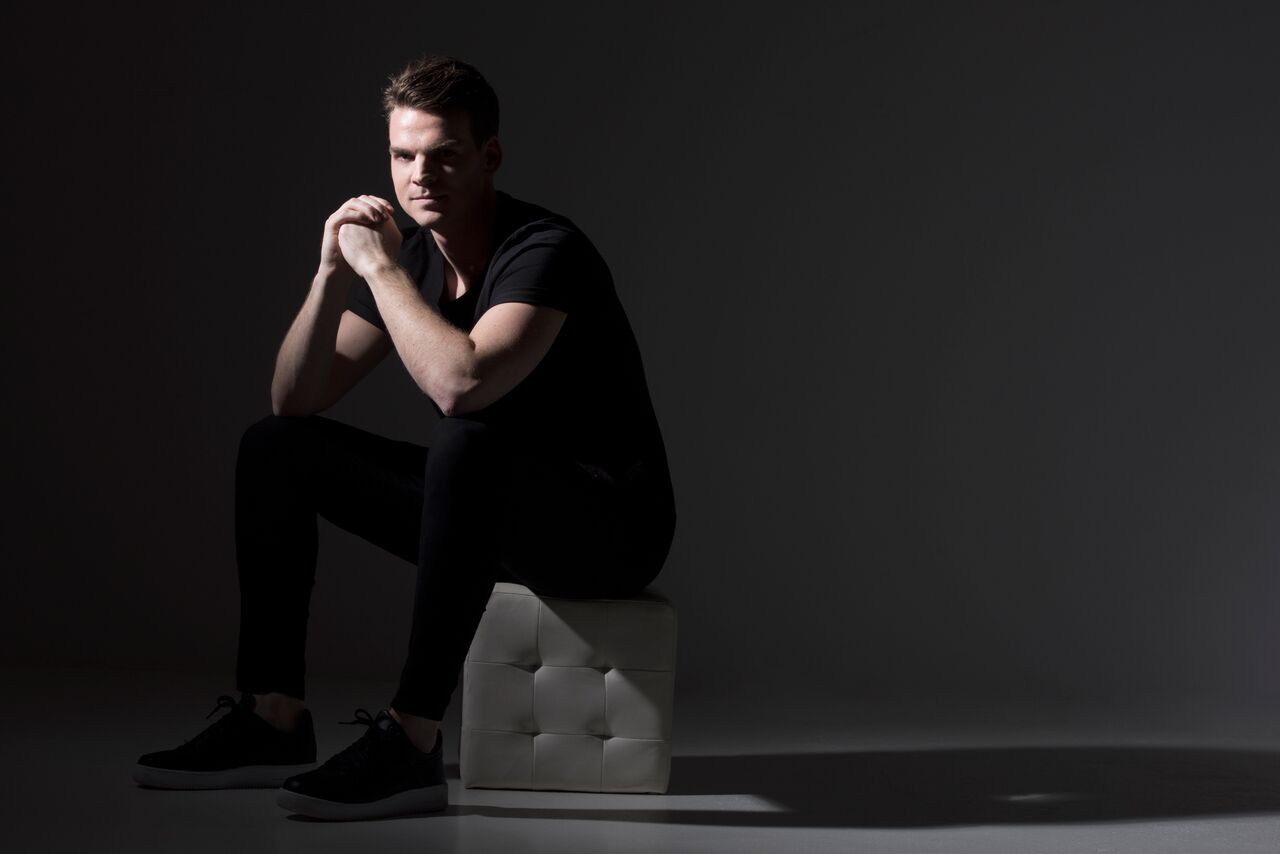 Rodg has had an incredible year full of fantastic releases, massive B2B performances, and even an ASOT takeover, setting the stage for an even more impressive 2018!

As an Armada staple being named “one of the best producers of 2016” by Armin van Buuren and one of the hardest working men in the trance industry, Rodg continues to leave no stone unturned as he hones his craft, stunning fans all over the world with his unique flavor, fresh and original musical artistry, and next level collaboration endeavors.

It was the moment that Rodg linked up with great friend Ruben de Ronde, unleashing Togetherr on the masses. That album unveiled a new level of mastery inside the studio, in addition to delivering 2017 musical gems like “Miami”, “Right Away”, and of course his most recent collab with fellow trancer Roovel on “Fast Lane”. Yes, this is a man that will without a doubt take the trance industry to new heights this year so sit back, relax, and get to know a little bit more about the humble Dutchman and Armada’s “best-kept secret”… Rodg! 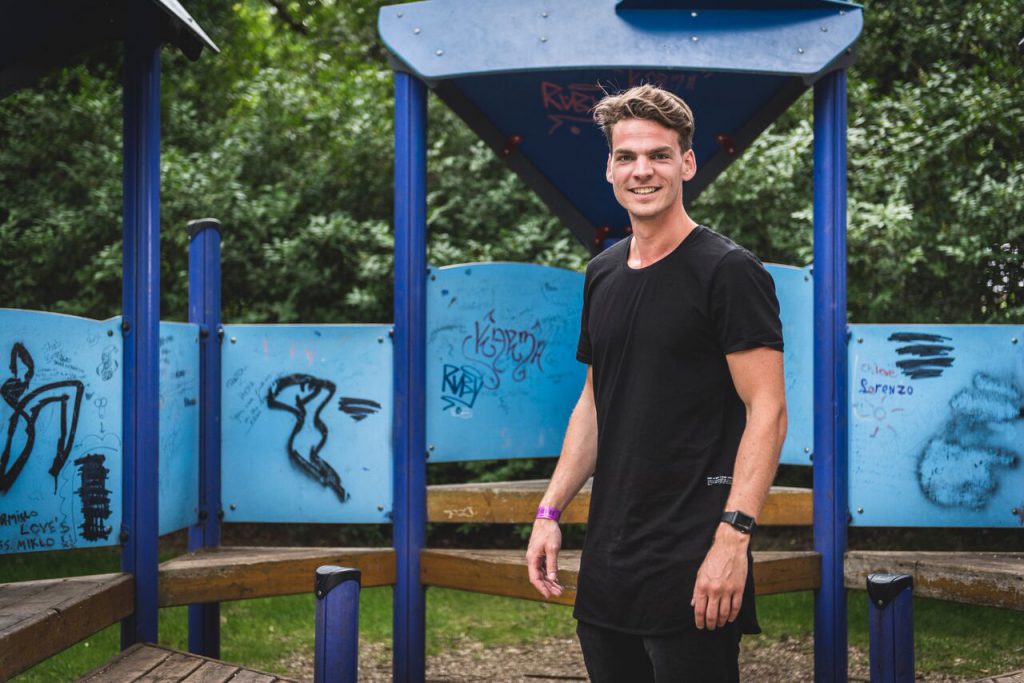 2018 has arrived and I am curious to hear if you have a new years resolution?

Absolutely! Eat healthy, go to the gym often and be a good boy 😉

In your opinion, do you prefer performing at festivals or club events more and why (positives and negatives)? And if there was one event that you could play that you have never performed at before what event would that be and why?

I like both, they’re both so different. I like clubs as it’s more intimate, the crowd is closer to you and you have a different chemistry with the crowd rather than on a festival. What I like about a festival, is that it’s often in the summer, the weather is nice, outdoor, and that all gives a totally different vibe than a club show. Both are nice, can’t really choose.

This past year has seen you link up for some major back to back live action with friend and fellow producer Ruben de Ronde. Can you go into detail about the challenges that a B2B brings and what does the planning process look like as you prepare for a B2B performance?

Well you know, when I play on my own I know exactly what record I’m playing, going to play next, and want to play after that. We don’t prepare too much, we just go over a list with records we both picked that could work for the show. When I’m playing with Ruben… I don’t know what he’s going to pick as a next record. So it’s more uncertain and more of a challenge of how the DJ set is going to evolve. But that’s also the charm of it, and maybe why it works quite well, playing with Ruben.

Since we are on the topic of industry friends… in an industry flooded with competition, can you talk about the importance of establishing strong bonds with fellow industry producers and the effect it can have on your personal creativity and growth?

You can call it competition, and of course, there is competition, but different from corporate businesses. Music production can get some interesting outcomes when you combine the ideas of the two together. So in my opinion collaboration can only lead to next level things due to combining two minds on one product. That’s how I see it. You can learn from each other, make each other better, get each other out of comfort zones and push each other to do things you might have never pushed yourself to. For me, it works really well to work together with other people.

Recently you took over the sidekick seat at A State Of Trance 844 as Ruben de Ronde was out sick. Can you tell us about what you took out of that unique experience?

It was fun! I loved it! It’s very unique to actually sidekick the show I’ve been a fan of for years. What I absolutely don’t like about it is that one of my best friends had to be taken to hospital for me to get this opportunity. I prefer to have him healthy and fine over me being the sidekick on A State Of Trance. And in my opinion, he’s doing a better job than me so he better stay healthy 😉

Now, let’s get to some track talk! Your new single “Fast Lane” with Roovel has just hit the airwaves and I am curious to hear about how the collaborative process affects the end result when compared to the original vision for the track?

Well, we’ve been sharing some melodies back and forth and it’s totally up to me that the record has this typical Rodg feel, fair enough, but it’s nice to work together the way I mentioned before. It works great when combining ideas that lead into a result like “Fast Lane”.

Your album Togetherr with Ruben de Ronde was received with massive approval from both industry elite and fans alike and the buzz is still flying even after half a year has gone by. As an artist, how do you deal with the anxiety of working so hard on something in the hopes that it translates positively among your fan base? And how does that anxiety play into perfecting each production before you release it to the masses?

Such a compliment, thank you! And a great question. I was extremely nervous playing A State Of Trance Utrecht in February, the show we basically made the album for. You have all this new music and what if… people don’t like it? When you make music I think you make music for people to hear it. And you hope people will like it. Because you put a lot of effort, ideas, emotion, soul and all that in it. It’s a very personal product that comes out.

It plays into perfection with some records till you get crazy about it. For me, records are never done in general. Always something that could be changed. But sometimes you have to make the decision and say to yourself “now it’s done enough” and stop working on it.

In case you missed it, check out our interview with fellow Armada tastemaker Ruben de Ronde!

You have stated that one of your interests is personal fitness. Do you have any quick tips for fellow artists who may be trying to stay in shape as they embark on massive tour schedules? What are some of your favorite workout moves that you practice while on tour?

It actually is! And fitness during touring is hard. Because you fly a lot, are tired a lot, but even a short hotel room work out, being creative doing sit ups or push ups, makes a huge difference for your well being. Especially when traveling through time zones. Even if I spend just 15 minutes on it I feel better.

Finally, in an era in which it seems as if everyone is trying to become a DJ, and as an artist who stands on the throne of relevancy, what are some of your future goals that you are aiming for to keep you rising above the pack?

Interesting question. Future goal for me is to explore the boundaries of my own sound. I think I’m quite open-minded when it comes to Rodg productions, could be from some more deep and groovy records to some more high tempo and bouncy tunes. Within that spectrum, I think I can make some interesting combinations that could result in some new sounds that are still related to what I’ve been making for years already.