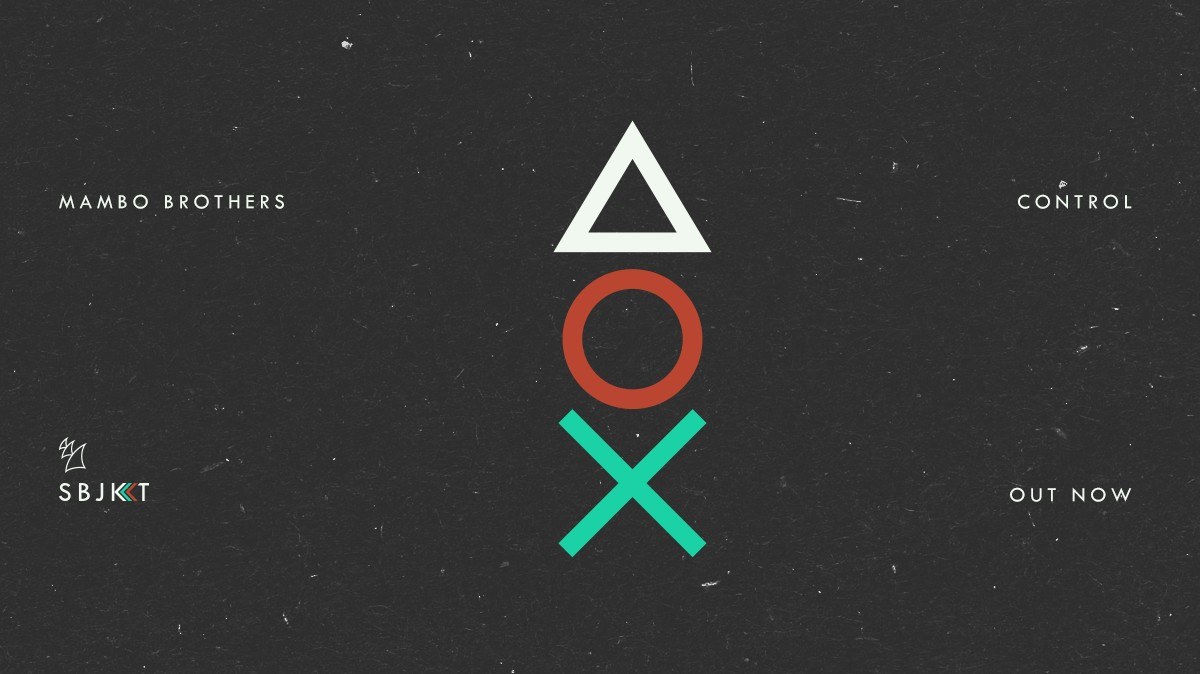 It has been a whirlwind year for the Mambo Brothers and the boys are coming with the fire, solidifying their spot among the Armada Subjekt royalty with “Control”!

Fresh off of their summer residency at Hï Ibiza this summer, Balearic brothers Christian and Alan Anadon, also known as Mambo Brothers, are wasting no time to get new music pumping through your speakers. With their new single, “Control”, the party is taken to new and exciting heights!

Released on Armada Subjekt, the home for the latest and greatest house and tech house offerings, a rolling bassline invites listeners to take a groovy trip to the wild side. The single uses tribal drums as the perfect accent and bonding dark undertones with light vibes, culminating in the perfect track to get dancefloors rocking on all cylinders.

The tribal-inspired sound of “Control” has officially arrived, just four months after their highly anticipated two-track EP on Saved Records. The release cements the Mambo Brothers’ status as two of the most hardworking, diverse, and dynamic producers that the industry has ever seen.

Pick up your copy of Mambo Brothers – “Control” on multiple outlets!

BBC Radio 1’s Danny Howard was the first to premiere the track on his show and instantly, fans around the world fell deeply in love!

It should come as no surprise that “Control” would set the airwaves on fire. For sixteen years, the brothers have been paving their way in the scene, stretching their creative legs behind the scenes at Cafe Mambo as they groomed their talents inside the studio. As the sons of Island legend and Mambo Group owner Javier Anadon, they were literally born to make major history within the dance music industry.

Now in high demand, this dynamic duo continues to spread the word of dance all over the world having performed at Mambo touring events in cities such as London, Miami, Monaco, Copenhagen, Lugano, and Barcelona, as well as rocking the stages at the biggest festivals in the world including Tomorrowland, Holy Ship, We Are FSTVL, and Pete Tong and Toolroom’s Miami Music Week parties. So keep your eyes planted firmly on their 2018 tour schedule because this is a family affair that you need to experience firsthand!