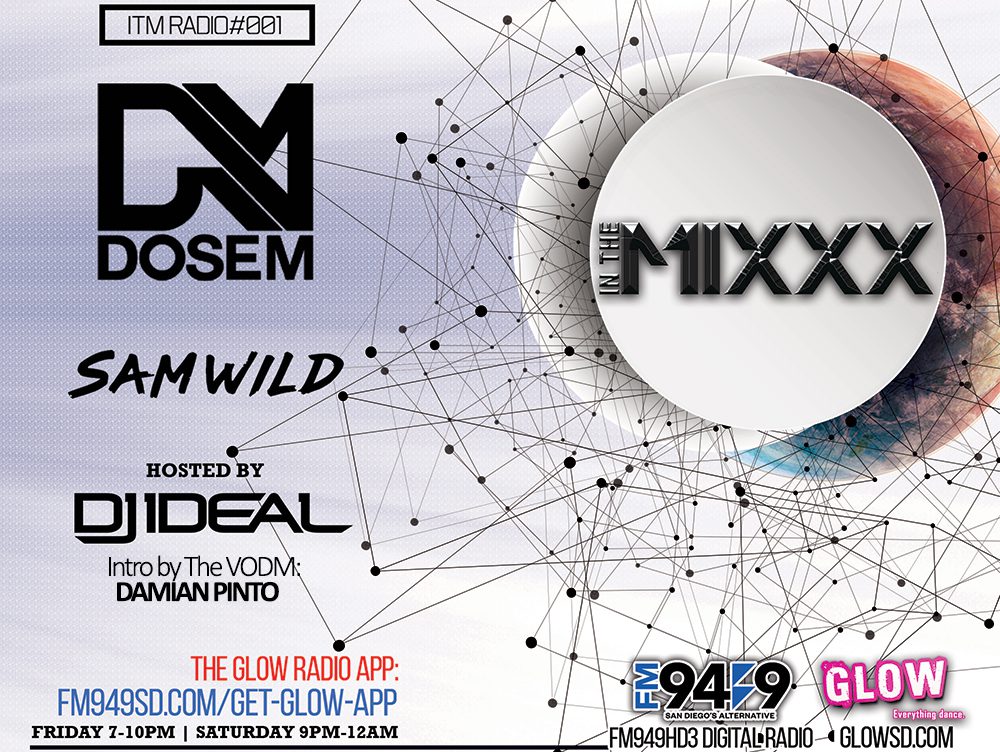 If you live in San Diego and love electronic music, you can now get your fix on Fridays and Saturdays via “In The Mixxx” on Glow Radio!

You heard that right: FM949‘s HD Station ‘Glow Radio‘ has announced they will be debuting the electronic music-focused “In The Mixxx” Show over Halloween Weekend!

Hosted by the multi-talented DJ IDeaL, the show will air weekly on Friday from 7pm-10pm and Saturday from 9pm-12am. Those who have attended an edition of Ultra Music Festival will notice the energetic voice of Damian Pinto in the intro, drawing listeners to the show each night.

Showcasing genres ranging across the electronic music spectrum from house and techno to drum & bass and trance, “In The Mixxx” intends to give listeners a great taste of the scene.

The show itself will feature hour-long sets from artists who are already well-known but will also shine a light on some future stars of the scene. Of course host DJ IDeaL will be providing a weekly mix as well to show off his skills in mixing and track selection.

The first episode of “In The Mixxx” will feature a set from techno-maestro DOSEM who is known for his sounds around the world via festivals like BPM. He will be joined by Sam Wild who is the founder of local San Diego label and crew Tribe Out West!

Listeners can tune in to “In The Mixxx” and other broadcasts on Glow Radio with an HD Radio by listening to FM949HD3, via the Glow Radio app on your phone, or by streaming the station online at glowsd.com/stream.

As part of the dance music community known also as Tomas Serrano, IDeaL is a DJ / Producer, TV host & correspondent with NBC’s Sound Diego& The EDMtv Network, Radio show host with Glow/FM949, Editor & contributor at EDM Magazine, Ambassador for PK Sound, A&R and partner of Serious Records and Docka Records, Founding Member +on the board of the Electronic Music Alliance and nominated Top 5 DJ in San Diego from CityBeat Magazine’s 2017 Readers Poll.