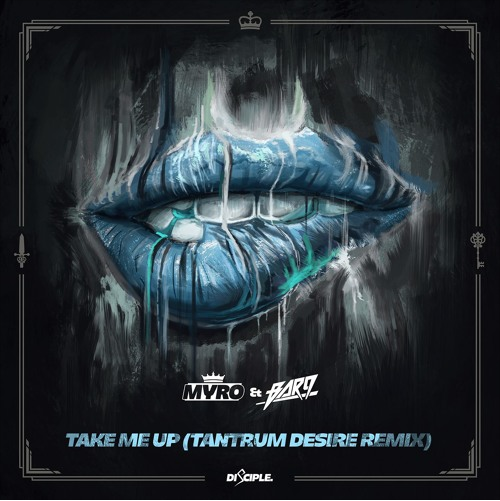 Tantrum Desire gives the world another savory hit with a rich remix of “Take Me Up“!

London-based DnB maestro Tantrum Desire has been a frontrunner in the global drum and bass realm for well over a decade. He’s been pushing out chart-topping tracks since the early 2000’s and continued with ever-increasing force.

I’m admittedly one who doesn’t always appreciate all types of DnB, yet Tantrum Desire’s style of drum and bass gets me up and grooving every time, without fail. This most recent release is a remix of Disciple Records’ co-founder Myro, and hard-hitting dubstep duo Bar 9’s collaborative hit “Take Me Up”. Tantrum Desire took their grimy banger and gave it his signature bouncy, heavy DnB flavor. 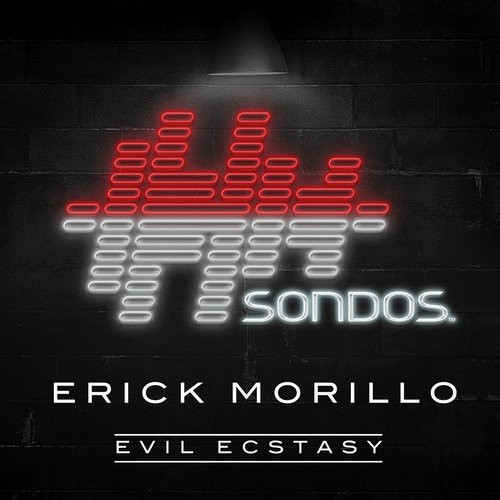 House legend Erick Morillo takes us back in time!

OH YES!  Even though the season may be done on the white island of Ibiza, there’s no doubt “Evil Ecstasy” is tailor-made for the culture of house music on the island. Deep dark beats drive the hypnotic rhythm of the track while simple percussion and stabs offer plenty of layers to weave the threads between. The darkness seems right at home right now, though – after all, Halloween is around the corner in the Western world, so dark tunes make for a spooky atmosphere! “Evil Ecstasy” shows the world that Erick hasn’t lost his pulse on underground house styles. Grab a copy here!

“Hello There” is Dillon Francis and Yung Pinch’s inaugural track together and it doesn’t disappoint. This feel-good banger is the product of Francis’ own IDGAFOS record label, inspired by his 2011 song that shares the same name. Even in the midst of fall, this track keeps the summertime vibes going with its catchy vocals and fun beats. “Hello There” is the first song Francis has released since “Say Less” (feat. G-Eazy) back in April. Be sure to check it out below! 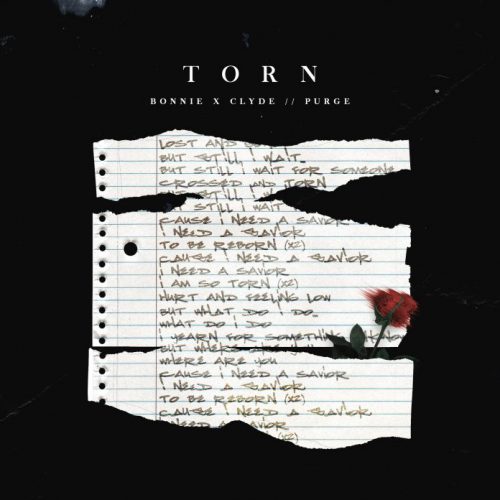 BONNIE X CLYDE are on top of the world right now, and if “Torn”, their recent collaboration with dark bass act PURGE is any indication, they are just getting started. Released Friday on Insomniac Records, “Torn” makes flawless use of Bonnie’s smooth, emotive voice to tell a relatable story of the social anxiety we all face when trying to fit in and overcome our fear. The duos’ dazzling production plays perfectly off the vocals for a track that is uniquely poignant and unquestionably powerful.

BONNIE X CLYDE had this to say about the track:

“We all deal with the feeling of being torn in some way or another. Torn is about expressing your true, raw feelings & coming to terms with them. Understanding it’s ok to need help & to not be ok all the time.”

Give it a listen – you’ll be hooked in no time. 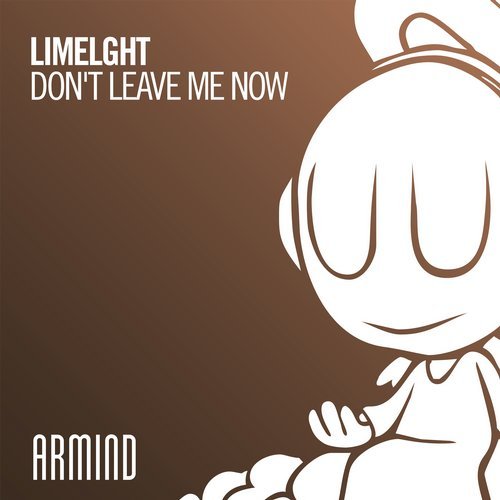 This track comes as a suggestion from the Chicago Trance Family and I have to say it’s definitely worth a listen. Chicago based Armind Recording artist Limelght is a duo made up of Nick Gunn and Tanner Wilfong that came together earlier this year. “Don’t Leave Me Now” features heavenly vocals, driving bass, and a hands-in-the-air melody that I fall in love with more every listen.

These two classically trained musicians clearly understand the emotional side of trance and I can’t wait to see what they put out next. 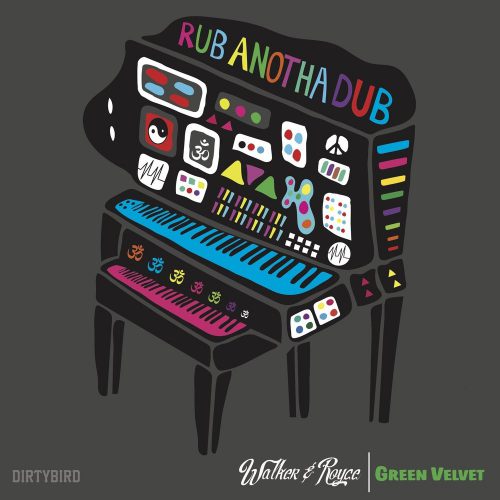 Having absolutely dominated the ears of attendees at Dirtybird Campout last weekend, Walker & Royce dropped a stunner of a music video this week for their track “Rub Anotha Dub”. The track, which features vocals from legendary artist Green Velvet, is the second single off their album Self Help. Receiving love from not just other members of the Dirtybird Family but tastemakers across the house and tech scene, it’s storytelling and infectious beat make this a must listen.

The video released for the tune features the characters described in the lyrics from Green Velvet and their crazy antics of riding through mountains on big-wheel style tracks. The DJ, the Breaker, and the Glow Stick Shaker all get their time to shine as the video cuts between the club and the intense downhill race full of drifts and 360s. Watch it below and let us know what your thoughts are in the comments! 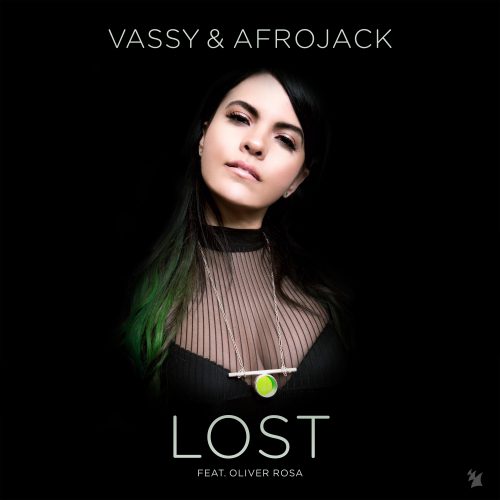 Afrojack has been known for producing tracks that feature quality vocalists that really hit their mark over the years, and now he has teamed up with Australian singer VASSY for yet another amazing tune. Dubbed “Lost”, the track has an infectious, uplifting beat that is perfectly paired with VASSY’s powerful vocals to leave a lasting impression on anyone who listens to the tune. Released on Armada Music this past Friday, the track already has a stunning video to compliment, check that out on YouTube! 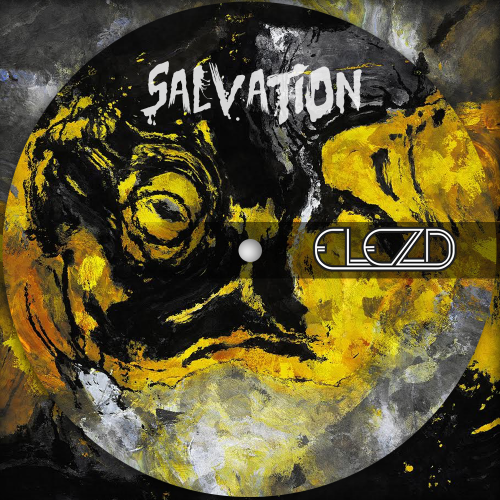 ElezD releases “Salvation” ahead of his journey to ADE

If you don’t know who ElezD is yet, check out our interview with this rising star from San Diego now! Having been dominated the scene here in Southern California lately with some quality releases and shows, he has dropped a fresh tune entitled “Salvation” ahead of his trip to ADE. Featuring an electro groove paired with some big room beats, the track is one we’ve had on repeat all week and is the perfect addition to get you hyped before heading out this weekend!

Stream the track below and find out for yourself why ElezD is a name you should be paying attention to! 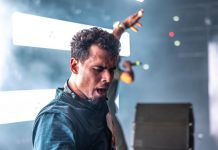 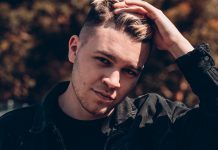