Insomniac Events just released who will be bringing in 2018 at their NYE event, Countdown!

Will you be counting down the minutes on New Year’s Eve surrounded by other Headliners at Insomniac’s Countdown this year? If you hadn’t already made up your mind based off last year’s epic edition, which featured a stacked lineup and quality production, then perhaps the lineup for this year will tip you in the right direction. Taking place on December 30-31, 2017 at the NOS Events Center in San Bernardino, today, Insomniac has unveiled the lineup for Countdown 2017!

Many had already pressed that “going” button based on the first two artists announced, Porter Robinson and Deadmau5, but now the remaining acts on the lineup have been released. Once again featuring some serious bass-heavy acts, Countdown will be bringing the new year in with sets from the likes of Borgore, Datsik, and Flux Pavilion. There are some epic b2b sets included on the lineup too, with Zeds Dead b2b JAUZ and the triple b2b of Kasra, Ivy Lab, and Emperor blowing us away.

Tickets for this premier New Year’s Eve event are on sale now via Insomniac’s Website!

Check out the full lineup below and let us know your thoughts in the comments! 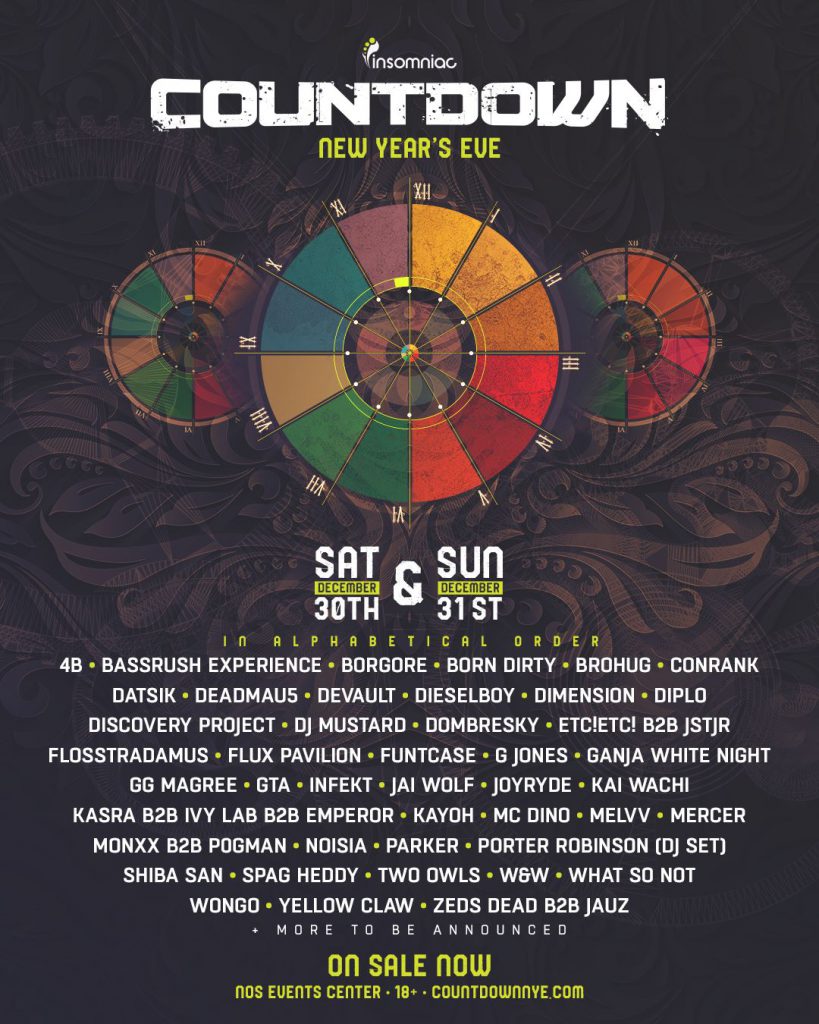