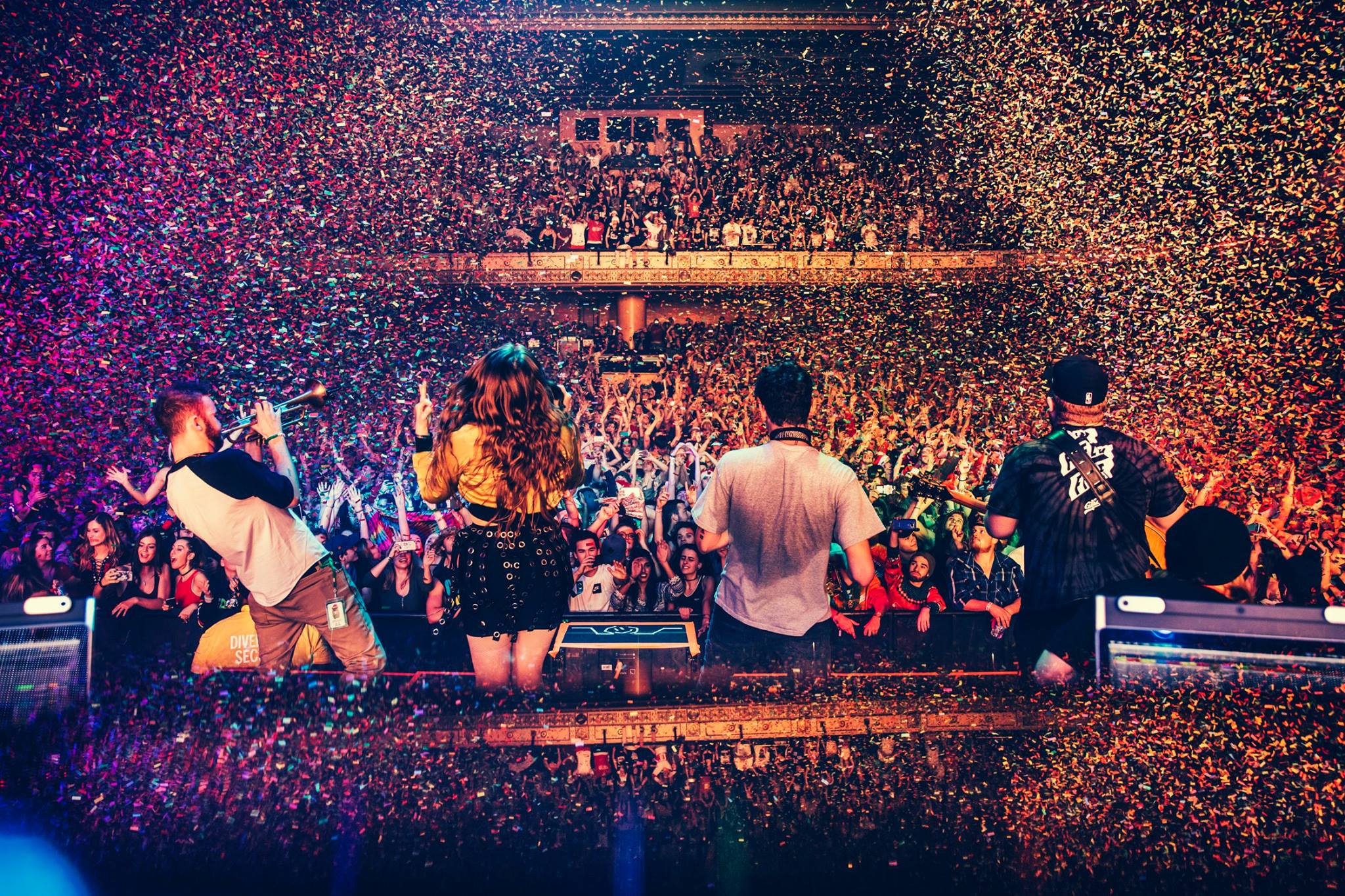 Detroit’s favorite event of the year is back– get ready for another magical year of GRiZMAS!

Summer might’ve just ended, but it’s already time to start thinking about the best time of the year here in Michigan–GRiZMAS! Saxophone master and bass music guru GRiZ has been a long time favorite for those of us residing in his hometown of Detroit, especially when it comes to his beloved GRiZMAS shows.

Can’t get enough of GRiZ? Check out our essential playlist featuring tracks by the man himself, or stream his most recent mixtape Chasing The Golden Hour Pt 2.

For the fourth straight year, GRiZ will be gracing us with the 12 Days of GRiZMAS, full of secret shows, fun activities, and thoughtful fundraisers. Each day he’ll announce the location for that particular night’s shenanigans, and his loyal fans will gather for some GRiZ-curated fun! Some memorable nights from last year included roller disco, a pop-up show in the park, and bingo, all of which included some funky music from GRiZ himself.

Best of all, the last two nights of GRiZMAS culminate with huge back to back shows December 15 & 16 at Detroit’s Masonic Temple, the first night featuring GRiZ’s Live Band (which he premiered earlier this month at Red Rocks), and the second night a GRiZ solo show! All of the proceeds of the 12 Days of GRiZMAS are donated to Little Kids Rock, an organization close to GRiZ’s heart that fosters music education in public schools.

Despite being in the middle of exams, I bought a ticket to GRiZMAS in 2016 last-minute and it was one of the best decisions I’ve ever made. The sense of community at that show was stronger than I’ve ever felt outside of a festival–GRiZ really does bring the love and good vibes along some unprecedented funky bass music. There really is no better way to celebrate the holiday season!

Artist presale tickets went on sale on 9/26, and General Public tickets will go on sale this Friday, 9/29 at 10 am EST. Don’t sleep on securing yours, these tend to sell out!

They’re offering some unreal VIP experiences this year as well, make sure to check them out here.

Most recently, GRiZ has turned his attention back on his hometown of Detroit.  After numerous sold out concerts, the artist has started a fundraising effort with the help of his street team and dedicated fan base.  In 2016 alone, they collectively raised over $50,000 for Little Kids Rock – an amazing organization that helps fund music education within public schools.  Together with Little Kids Rock and the Detroit Symphony Orchestra, GRiZ and All Good Records are working to provide Detroit’s youth with the music education they deserve.

GRiZ’s fundraising efforts do not end with the city of Detroit.  The artist is an active philanthropist regularly using his platform to raise awareness and funds for a variety of causes; from The ACLU to local food banks and dog shelters.

Check out the GRiZMAS 2016 Recap Video: